Henry Moore achieved international fame as a sculptor, despite once being denounced for promoting ‘the cult of ugliness’. And he also remained a most unassuming man, finds Laura Gascoigne, as two new exhibitions of his work prepare to welcome visitors.

Sculptors are very rarely household names, but no one who lived through the 1960s could be unfamiliar with the name of Henry Moore. At the height of his international success, Moore’s monumental public sculptures in prominent locations — from the 12ft-high Knife Edge Two Piece (1962–65) outside London’s Houses of Parliament to the 26ft-long Reclining Figure (1963–64) outside the Lincoln Centre in New York, US — became such a feature of the urban landscape that they appeared in cartoons in the popular press. For a Modernist abstract sculptor, that was fame.

In the 1950s, Moore added a new subject to his signature themes of the mother and child and the reclining figure. As a young man, his first sight of Stonehenge by moonlight, in 1921, had left an indelible impression; 30 years later, he began a series of large bronze totemic forms recalling prehistoric monoliths. 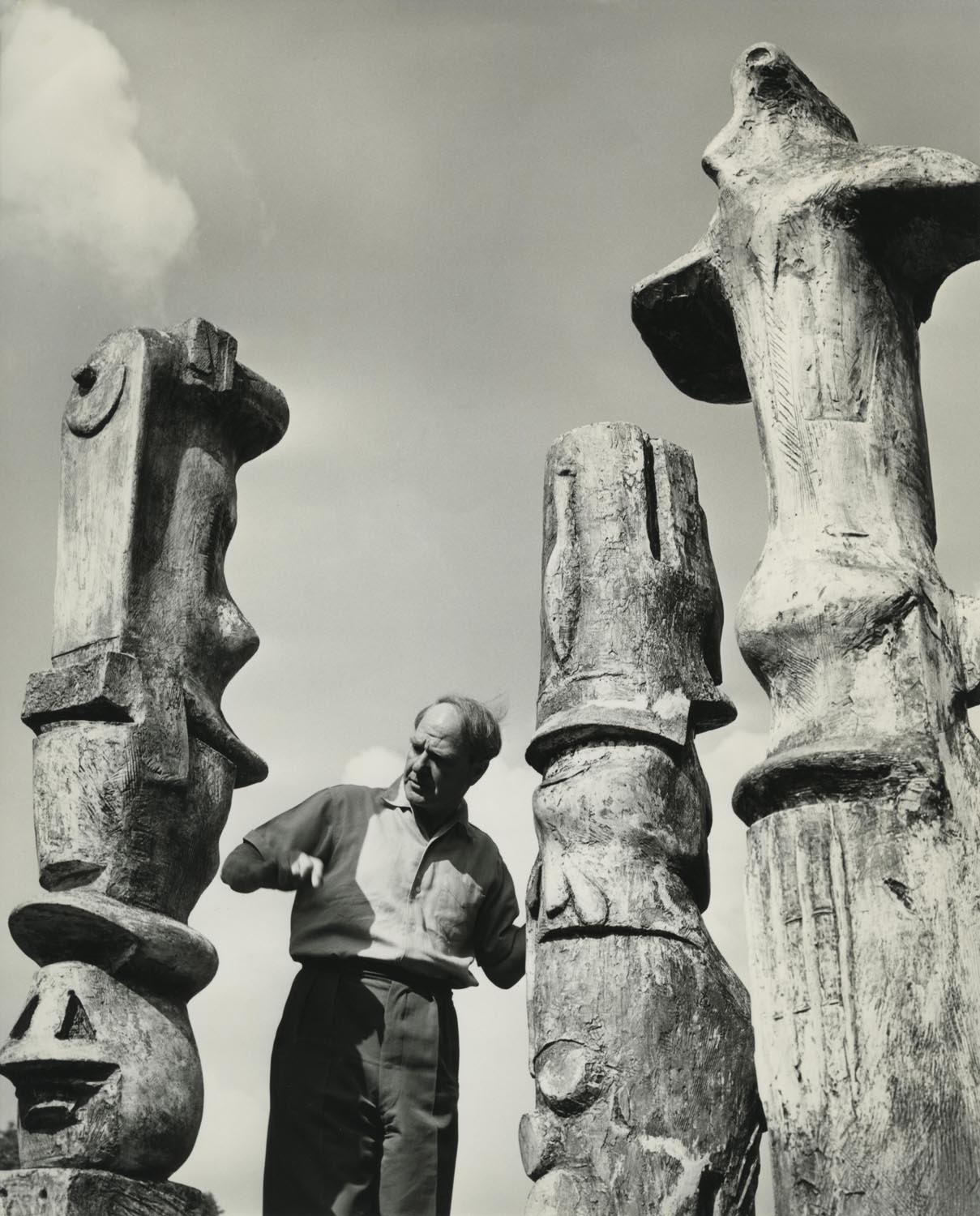 Giovinazzo is a town and former bishopric within the Metropolitan City of Bari, Apulia region, southeastern Italy. It was a small fortified centre of the Romans, who called it Natolium, maybe built on the ruins of the Peucete Netium which was destroyed during the Punic Wars. The main sights are: the Co-cathedral, dedicated to Santa Maria Assunta (Mary’s Assumption), built in the Norman period 1150–1180, in characteristic Apulian Romanesque style featuring Eastern and Western elements and the Ducal Palace. In the neighbourhood is Castel del Monte, one of the most famous castles in southern Italy.

Bratislava, the capital of Slovakia, is set along the Danube River by the border with Austria and Hungary. It’s surrounded by vineyards and the Little Carpathian mountains, crisscrossed with forested hiking and cycling trails. The pedestrian-only, 18th-century old town is known for its lively bars and cafes. Perched atop a hill, the reconstructed Bratislava Castle overlooks old town and the Danube.

Slovakia, officially the Slovak Republic, is a landlocked country in Central Europe. It is bordered by Poland to the north, Ukraine to the east, Hungary to the south, Austria to the southwest, and the Czech Republic to the northwest.

The Norwegian capital Oslo is getting a new national museum for classical and modern art, architecture and design. The museum’s collection includes around 100,000 objects, ranging from medieval tapestries to modern design classics and contemporary artworks.

There will be rooms dedicated to, among others, the works of Edvard Munch , including “The Scream,” 19th-century landscape painting, royal robes worn by the Norwegian queens, as well as works by prominent artists, such as Gustav Vigeland, Hannah Ryggen, Claude Monet, Vincent Van Gogh and Ida Ekblad.

Discover the intoxicating island of Corsica, a well-kept secret island of beauty where 80% of visitors are from France. Head south to arty Arles, once a Roman colony, adored by artists and now a cultural hotspot, and the wetlands of the Camargue where wild white horses and pink flamingoes roam. We explore gorgeous Antibes on the Mediterranean coast, nothing like its more well known neighbours Nice and Cannes where we also go to find out more about this bucket list beauty. In the north, discover the historic department of Aisne in Picardy – the ancient cradle of France, and Agincourt, a land of glorious countryside and a super museum dedicated to its famous battle.

Costa Films’ “Hooked on Bluefin” unpacks the centuries-old culture of fishing for bluefin tuna — one of the most highly-valued gamefish on the planet. A coast-to-coast adventure, this film explores everything it takes to bring one of these mighty fish from ocean to table.

Lauterbrunnen is situated in one of the most impressive trough valleys in the Alps, between gigantic rock faces and mountain peaks. With its 72 thundering waterfalls, secluded valleys, colourful alpine meadows and lonely mountain inns, the Lauterbrunnen Valley is one of the biggest nature conservation areas in Switzerland.

– Description The very name ‘Lauter Brunnen’ (‘many fountains’) suggests the magnificence of this landscape. There are 72 waterfalls in the Lauterbrunnen Valley, the most famous being the Staubbach Falls. Plunging almost 300 metres from an overhanging rock face, they are one of the highest free-falling waterfalls in Europe.

In 1779, Johann Wolfgang von Goethe visited the valley, and was inspired by the roaring waters to write his well-known poem ‘Spirit song over the waters’.

Another deafening natural phenomenon are the Trümmelbach Falls in the ‘Black Monk’ mountain, hidden behind mighty rock faces. Up to 20,000 litres of water per second cascade over the ten glacier falls from a total height of about 200 metres. This spectacle can only be reached in summer by tunnel lift.

This week The World Economic Forum are highlighting 4 top stories:

The exact sum of its parts, The Gallery House features spaces both grand and small, each expressing their own narrative. Crafted by Workroom, the super house stands as an exemplary piece of interior design and architecture. Situated in the well-established suburb of Toorak,

The Gallery House sits amongst other large family homes and gardens. Despite its spatial openness, the super house is designed in allusion to experiences yet to come, flowing towards other aspects of itself and its context. A house tour of the property reveals the extent of its size. A true super house, the residence contains 4 bedrooms, 2 lounge rooms and vast, double-height voids. Workroom purposely conceals the size of the home from the street, creating anticipation and intrigue, using a curved concrete wall to the entry as a reveal of what is to come. The modern materials of concrete, terrazzo, timber and stone feature consistently in the super house. Subverting expectations, Workroom uses the characteristically heavy concrete to craft an elegant staircase that appears effortlessly lightweight, whilst timber and green stone facilitate an open connection to the lush landscaping. Embracing a raw materiality, Workroom creates a super house that will gracefully express the passage of time. With the capacity to visually evolve with age, The Gallery House is a successful interpretation of modern refinement.

This week: why is Tate rejecting an archive of material relating to Francis Bacon, 18 years after acquiring it?

Our London correspondent Martin Bailey tells us about his recent scoop that Tate is returning a thousand documents and sketches said to have come from the studio of Francis Bacon to Barry Joule, a close friend of the artist, who donated them to Tate in 2004. We then discuss the material with Martin Harrison, the pre-eminent Bacon scholar and editor of the catalogue raisonné of Francis Bacon’s work published in 2016, and to Sophie Pretorius, the archivist at the Estate of Francis Bacon, who went through the Barry Joule archive item by item. Victoria Munro, the director of the Alice Austen House Museum in New York, discusses this still too-little-known photographer, and her documentation of immigration to the United States and the lives of queer women in the 19th and early 20th centuries. And this episode’s Work of the Week is Weißes Bild (1994), a painting by the late Luxembourg-born artist Michel Majerus, now on view at Art Basel—Aimee Dawson, acting digital editor, is at the fair and talks to Giovanni Carmine, curator of the Unlimited section, in which the painting appears.

Sophie Pretorius’s essay Work on the Barry Joule Archive is in the book Francis Bacon: Shadows published by the Estate of Francis Bacon and Thames and Hudson.

For more on the Alice Austen House Museum, visit aliceausten.org. The podcast My Dear Alice is out in the autumn.