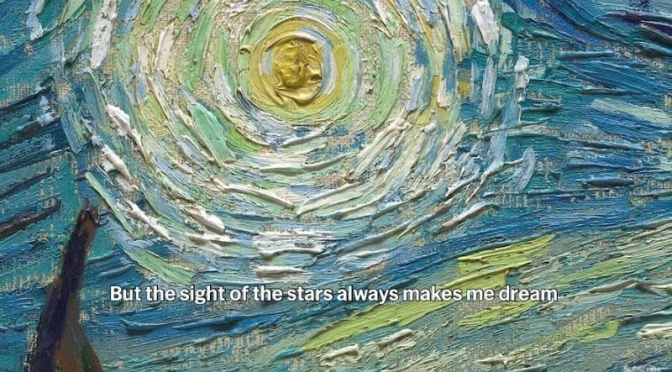 Vincent van Gogh’s “The Starry Night” has been a visitor favorite at MoMA since it first appeared in our Van Gogh retrospective in 1935 and then was acquired in 1939. To become acquainted with the heart and mind of its maker, there is no better source than his letters. Those to his brother Theo, in particular, reveal his deepest aims and convictions, and his pleasures and anxieties, especially during the last year-and-a-half of his life, working in near-isolation from an asylum in St.-Remy.

“’Auvers is very beautiful, really profoundly beautiful” wrote Vincent van Gogh to his brother Theo, and his stay there in the final days of his life proved to be enormously productive. In his seventy days in Auvers, van Gogh would paint seventy or so canvases, including the masterwork Fleurs dans un verre. Intricately rendered, this vibrant canvas represents one of the few still life paintings executed during this period and will be a highlight of Sotheby’s Impressionist and Modern Art Evening Sale in New York. 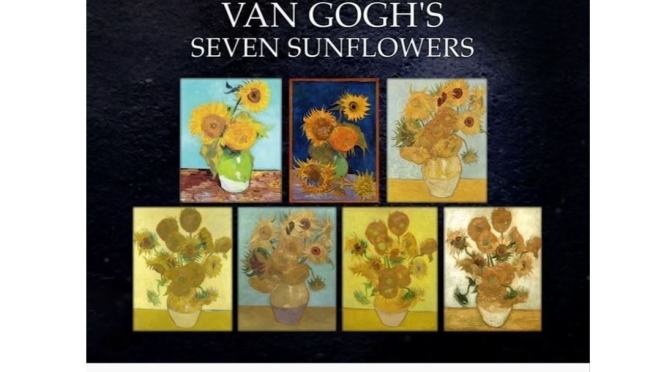 The eventful history of Vincent van Gogh’s Sunflowers, which have changed hands many times since they were painted for Paul Gauguin’s arrival in Arles.

Van Gogh’s paintings of Sunflowers are among his most famous. He did them in Arles, in the south of France, in 1888 and 1889. Vincent painted a total of five large canvases with sunflowers in a vase, with three shades of yellow ‘and nothing else’.

This comprehensive study of Vincent van Gogh offers a complete catalogue of his 871 paintings, alongside writings and essays, charting the life and work of a master who continues to tower over art to this day.

Today, the works of Vincent van Gogh (1853–1890) are among the most well known and celebrated in the world. In paintings such as Sunflowers, The Starry Night, and Self-Portrait with Bandaged Ear, we recognize an artist uniquely dexterous in the representation of texture and mood, light and place.

Yet in his lifetime, van Gogh battled not only the disinterest of his contemporary audience but also devastating bouts of mental illness. His episodes of depression and anxiety would eventually claim his life, when, in 1890, he committed suicide shortly after his 37th birthday.

Ingo F. Walther (1940–2007) was born in Berlin and studied medieval studies, literature, and art history in Frankfurt am Main and Munich. He published numerous books on the art of the Middle Ages and of the 19th and 20th centuries. Walther’s many titles for TASCHEN include Vincent van Gogh, Pablo Picasso, Art of the 20th Century, and Codices illustres.

Rainer Metzger studied art history, history, and German literature in Munich and Augsburg. In 1994, he earned his Ph.D. on the subject of Dan Graham, and subsequently worked as a fine arts journalist for the Viennese newspaper Der Standard. He has written numerous books on art, including volumes on van Gogh and Chagall. Since 2004, he has worked as Professor of art history at the Academy of Fine Arts in Karlsruhe. 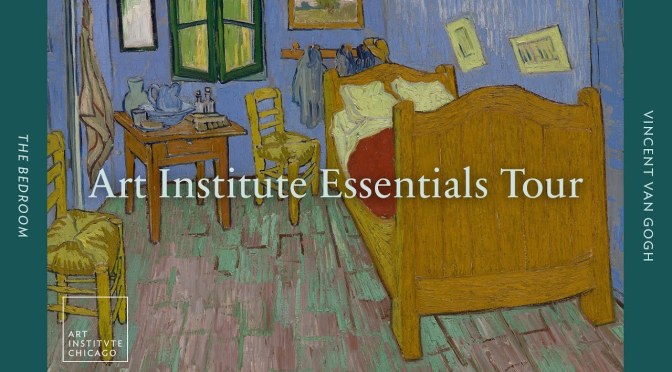 On this episode of Art Institute Essentials Tour, take a closer look at The Bedroom, painted by Vincent van Gogh in 1889. Vincent van Gogh painted three versions, including this one, of his bedroom in the “Yellow House” in Arles, France. To van Gogh, this picture symbolized relaxation and peace. However, to our eyes the canvas seems to teem with nervous energy, instability, and turmoil—an effect heightened by the sharply receding perspective. 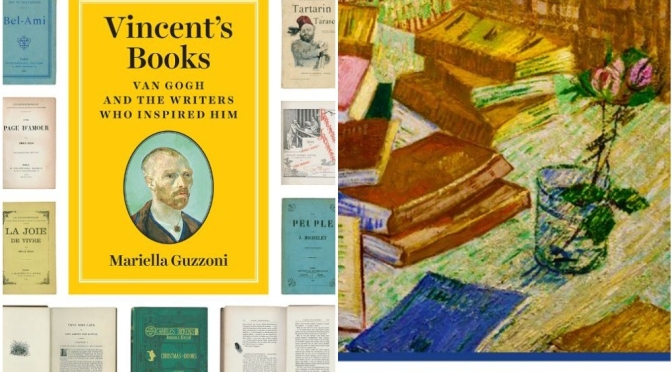 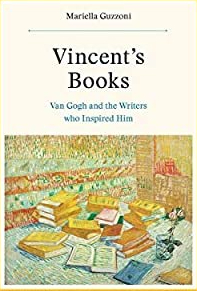 In his paintings we see books on their own, or books in the company of people or other objects; small, lonely ziggurats of books, or a book beside a candle. That last juxtaposition is telling in the extreme. Vincent had a reverence for books. They were sacred ground. They have a kind of inner glow about them.

He reverenced books for their intellectual and emotional content.

He read Dickens, Carlyle, Flaubert, Balzac, Maupassant, and Zola in the original. Dickens and Carlyle were never very easy to read, then or now, but this Dutchman did so. He even read English poetry – John Keats, for example.

Mariella Guzzoni is an independent scholar and translator living in Bergamo. She has been collecting editions of the books that Vincent van Gogh read and loved for many years, and curated the exhibition ‘Van Gogh’s Passion for Books’ at the Sormani Library, Milan, in 2015. 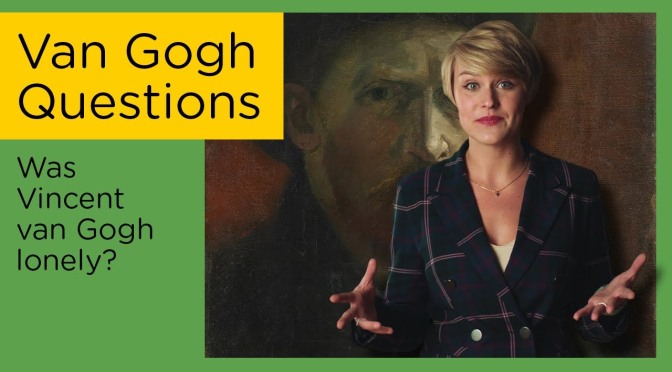 The Wheat Fields is a series of dozens of paintings by Vincent van Gogh, borne out of his religious studies and sermons, connection to nature, appreciation of manual laborers and desire to provide a means of offering comfort to others. The wheat field works demonstrate his progression as an artist from the drab Wheat Sheaves made in 1885 in the Netherlands to the colorful, dramatic paintings from Arles, Saint-Rémy and Auvers-sur-Oise of rural France.