Painting Edo — the largest exhibition ever presented at the Harvard Art Museums — offers a window onto the supremely rich visual culture of Japan’s early modern era. Selected from the unparalleled collection of Robert S. and Betsy G. Feinberg, the more than 120 works in the exhibition connect visitors with a seminal moment in the history of Japan, as the country settled into an era of peace under the warrior government of the shoguns and opened its doors to greater engagement with the outside world. The dizzying array of artistic lineages and studios active during the Edo period (1615–1868) fueled an immense expansion of Japanese pictorial culture that reverberated not only at home, but subsequently in the history of painting in the West.

By the early 18th century, the new shogunal capital of Edo (present-day Tokyo) was the largest city in the world. After centuries of conflict and unrest, the growing stability and affluence of the period encouraged an efflorescence in the arts. Artists creatively juxtaposed past and present, eternal and contingent, elegant and vulgar in a wide range of formats and styles, from brilliant polychrome compositions to monochromatic inkwork. Painting Edo explores how the period, and the city, articulated itself by showcasing paintings in all the major formats—including hanging scrolls, folding screens, sliding doors, fan paintings, and woodblock-printed books—from virtually every stylistic lineage of the era, to tell a comprehensive story of Edo painting on its own terms. 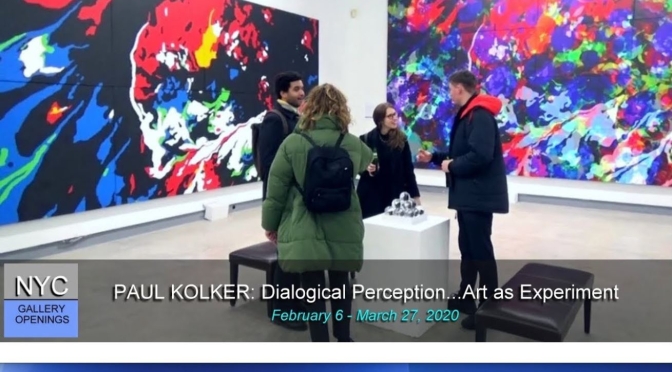 Paul Kolker is pleased to present his seventy-third solo exhibition, Dialogical Perception… Art as Experiment at his studio, the PAUL KOLKER collection, 511 West 25th Street from February 6 through March 27, 2020.

Paul Kolker (b. 1935) is a New York-based artist with doctorate degrees in medicine and law. He began his career of painting and sculpture in the 1960s, illustrating his peer review medical journal articles and life-casting anatomical models. In the 1970s he treated his art production as a post-minimalist experiment questioning experience and using the viewer as the measuring instrument as well as the interpreter of the experiment’s results. Many of his early works are sculptures, each painted in an elemental color, black or white.

In 1975 Kolker developed a keen and hands on understanding of light optics when he purchased a first generation three tube front end television projector with an alignment grid. That grid became the infrastructure for his works, which involved fractionation of a photographic image and the use of modular panels and canvases to create large scale works. In the 1980s Kolker began making light sculptures using one-way mirror and LED message screens, reflecting ad infinitum. In 2001, when he moved into his studio in Chelsea, he created an algorithm for a process of painting minimal shapes, such as a dot or square, in elemental colors (never mixed with each other, but sometimes mixed with black and/or white to form tints and shades). This process is called ‘fracolor’ in attribution to Benoit Mandelbrot’s fractal geometry, wherein minimal shapes and forms are serially replicated, like branches on a tree, rectangles on a grid, or pixels and dots on a television display screen.

As a result, Kolker’s works have become reminiscent of our pixelated world of digital information transfer, as we see it up close as grids of colored dots on our television, computer and cell phone screens; and how more highly defined that screen becomes when viewed from afar. His works are observational experiments which cry out to us, “Because of biases of color, shapes, parallax and perspective relative to where we stand as the observer, a dot may be a universe; and a universe may be a dot.”

This major exhibition charts the career of the artist known simply as El Greco. Over 57 works from across the world trace not only the development of his distinctive style but also the astounding ambition that drove him to relentlessly pursue success. 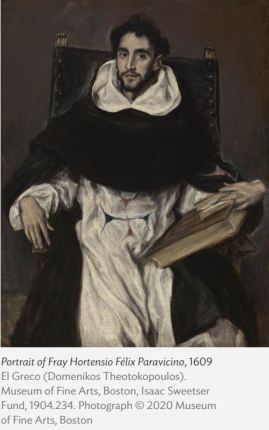 Born in Crete as Domenikos Theotokopoulos (1541–1614), El Greco trained in the traditional manner of Byzantine icon painting. He moved to Venice in 1567 to learn a new artistic approach, absorbing developments in Venetian Renaissance painting through the lens of artists such as Titian and Tintoretto. The works El Greco painted during his time in Venice, however, reveal both his embrace of and struggles to fully adapt to this manner of painting.

Following this transformative period, El Greco went to Rome, probably in an attempt to attract patronage within the papal circle. There his acceptance into the elevated circle of Cardinal Alessandro Farnese brought a close association with the painter Giulio Clovio and the erudite historian and collector Fulvio Orsini. El Greco’s portraits, allegories, and religious paintings between 1570 and 1577 reflect these relationships as well as his complicated engagement with Michelangelo and other artistic luminaries of the 16th century. 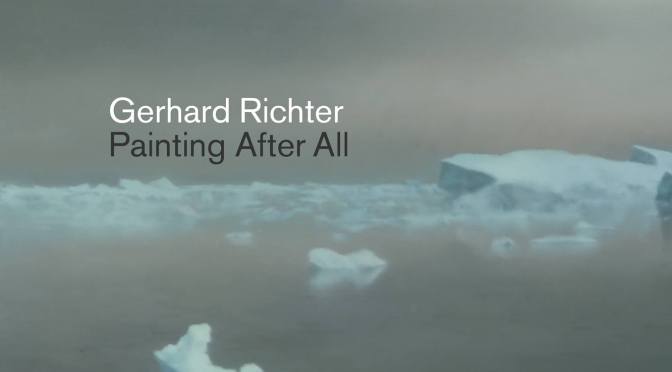 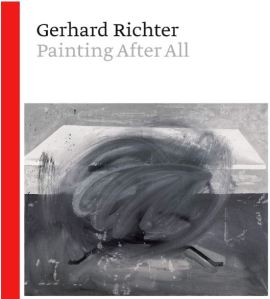 Over the course of his acclaimed 60-year career, Gerhard Richter (b. 1932) has employed both representation and abstraction as a means of reckoning with the legacy, collective memory, and national sensibility of post–Second World War Germany, in both broad and very personal terms.

This handsomely designed book features approximately 100 of his key canvases, from photo paintings created in the early 1960s to portraits and later large-scale abstract series, as well as select works in glass. 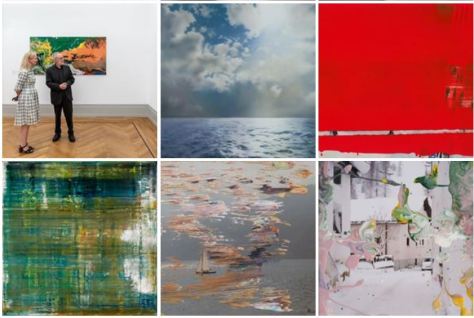 New essays by eminent scholars address a variety of themes: Sheena Wagstaff evaluates the conceptual import of the artist’s technique; Benjamin H. D. Buchloh discusses the poignant Birkenau paintings (2014); Peter Geimer explores the artist’s enduring interest in photographic imagery; Briony Fer looks at Richter’s family pictures against traditional painting genres and conventions; Brinda Kumar investigates the artist’s engagement with landscape as a site of memory; André Rottmann considers the impact of randomization and chance on Richter’s abstract works; and Hal Foster examines the glass and mirror works. As this book demonstrates, Richter’s rich and varied oeuvre is a testament to the continued relevance of painting in contemporary art.

Gerhard Richter was born in Dresden on 9th February 1932, the first child of Horst and Hildegard Richter. A daughter, Gisela, followed four years later. They were in many respects an average middle-class family: Horst worked as a teacher at a secondary school in Dresden and Hildegard was a bookseller who liked to play the piano.1 In an interview with Robert Storr, Richter described his early family life as “simple, orderly, structured – mother playing the piano and father earning money.”2

In 1935, Horst accepted a teaching position at a school in Reichenau, a town which today is known as Bogatynia in Poland, at the time located in the German province Saxony. Settling in Reichenau was a drastic change for the family, which was accustomed to the vivid cultural life of the larger Dresden.3 Yet, it was also a move which would keep the family largely safe from the coming war. In the late 1930s Horst was conscripted into the German army, captured by Allied forces and detained as a prisoner of war until Germany’s defeat. In 1946, he was released and returned to his family, who had again relocated, this time to Waltersdorf, a village on the Czech border.
Website

The winter break is finally over and the automotive year is about to kick off in emphatic fashion at Rétromobile, undeniably the finest event of its type on the planet.

The annual salon is Paris provides manufacturers with a stage on which to show off their commitment to preserving their precious pasts, dealers the chance to set out their stalls and signal their intentions for the coming year and humble enthusiasts like us an opportunity to ogle thousands of collectable cars ranging from the affordable and the obscure to the rare and the downright priceless. 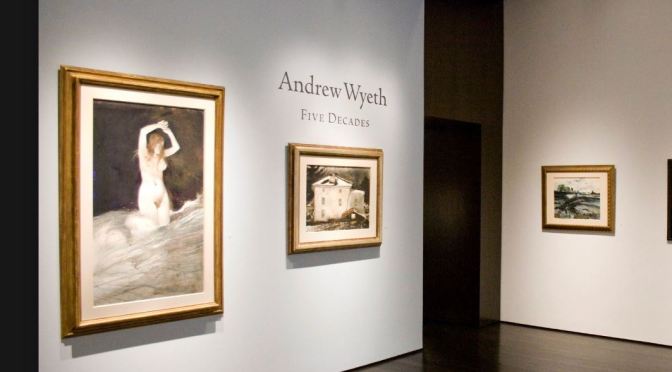 Forum Gallery, New York, presents an exhibition of works by Andrew Wyeth (1917-2009), who set the standard for American figurative art in the second half of the Twentieth Century. Working in pencil, watercolor, egg tempera and his much-beloved personal medium of drybrush, Wyeth, throughout his life, was a resolute champion of the universal life force of each person he chose to paint, and of the unique, difficult, ever-changing rural American world in which he chose to live. His art was controversial as it was popular, and he remains one of very few living artists to be celebrated by important single-person exhibitions at The Metropolitan Museum of Art in New York (1976) and the National Gallery of Art, Washington, DC (1987).

“Andrew Wyeth: Five Decades” at Forum Gallery features paintings dated from 1940 through 1994, including landscapes that imply personal struggle and portray great beauty; and provocative figurative works, including examples from The Helga Pictures. 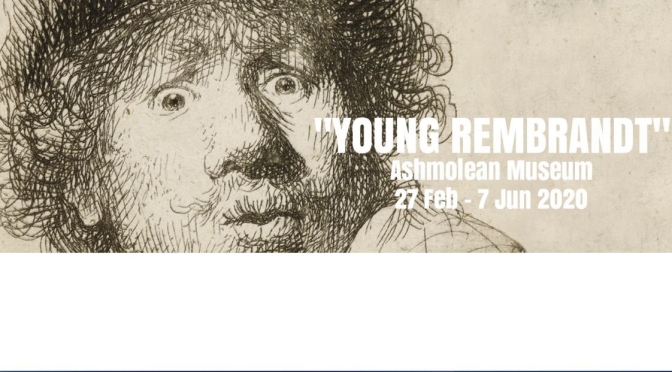 Witness the meteoric rise of Rembrandt, from his first tentative works as a teenager in his home town of Leiden, to the sublime masterpieces he produced in Amsterdam ten years later.

This landmark show explores the early years of the career of the most famous of all Dutch artists, Rembrandt van Rijn (1606–1669). Beginning with his earliest known paintings, prints and drawings made in the mid-1620s, and ending at the moment he rockets to stardom in Amsterdam in the mid-1630s, this exhibition charts an astonishing transformation.

This is the largest collection of works devoted to the young Rembrandt and includes over 30 of his paintings, and 90 drawings and prints from international and private collections. On display for the first time is the newly discovered painting Let the Little Children Come to Me.

Don’t miss this unprecedented opportunity to examine young Rembrandt’s work and observe his remarkable metamorphosis from insecure teenager to the greatest Dutch painter of all time.