This extraordinary Francis Bacon triptych from the William S. Paley Collection is one of the true masterpieces of his career and marks the first inception of his painting of Henrietta Moraes, who became one of his most famous and preferred sitters.

Held in stewardship by the Museum of Modern Art in New York for the last 30 years, it is coming to market for the first time since William S. Paley acquired it from the Marlborough Gallery.

Francis Bacon was an Irish-born British figurative painter known for his raw, unsettling imagery. Focusing on the human form, his subjects included crucifixions, portraits of popes, self-portraits, and portraits of close friends, with abstracted figures sometimes isolated in geometrical structures.

To learn more about one of the great bohemian muses of the 1950’s and 1960’s, Henrietta Moraes, please click here: https://www.sothebys.com/en/articles/… 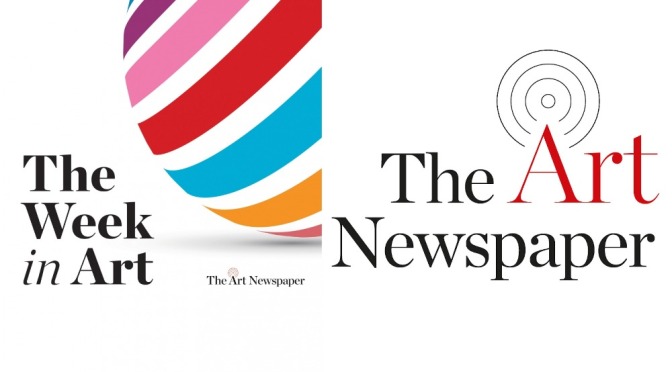 This week: why is Tate rejecting an archive of material relating to Francis Bacon, 18 years after acquiring it?

Our London correspondent Martin Bailey tells us about his recent scoop that Tate is returning a thousand documents and sketches said to have come from the studio of Francis Bacon to Barry Joule, a close friend of the artist, who donated them to Tate in 2004. We then discuss the material with Martin Harrison, the pre-eminent Bacon scholar and editor of the catalogue raisonné of Francis Bacon’s work published in 2016, and to Sophie Pretorius, the archivist at the Estate of Francis Bacon, who went through the Barry Joule archive item by item. Victoria Munro, the director of the Alice Austen House Museum in New York, discusses this still too-little-known photographer, and her documentation of immigration to the United States and the lives of queer women in the 19th and early 20th centuries. And this episode’s Work of the Week is Weißes Bild (1994), a painting by the late Luxembourg-born artist Michel Majerus, now on view at Art Basel—Aimee Dawson, acting digital editor, is at the fair and talks to Giovanni Carmine, curator of the Unlimited section, in which the painting appears.

Sophie Pretorius’s essay Work on the Barry Joule Archive is in the book Francis Bacon: Shadows published by the Estate of Francis Bacon and Thames and Hudson.

For more on the Alice Austen House Museum, visit aliceausten.org. The podcast My Dear Alice is out in the autumn.

Is Francis Bacon really the greatest painter of the 20th century?

It was not an enormous surprise that an exhibition of works by Francis Bacon at the Royal Academy that is supported by Christie’s should swiftly be followed by an announcement of the auction house offering a large work for sale. Triptych 1986-7, whose central panel depicts the artist’s partner John Edwards, with Woodrow Wilson on one side and the assassinated Trotsky’s study on the other, is being offered in the sale that takes place on 1 March with an estimate of £35m–£55m. Nor is it a surprise that an auction house should drum up interest in one of their lots using superlatives. But Rakewell was a little taken aback by the claim on Instagram from a Christie’s specialist that ‘Francis Bacon is unmistakably on of the greatest painters of the 20th century.’