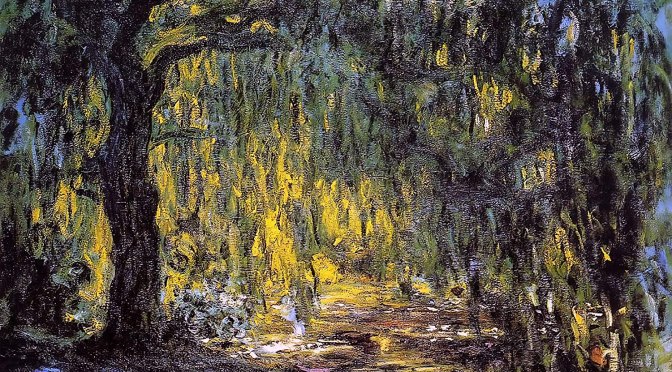 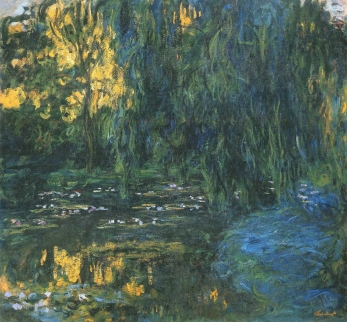 …what perhaps absorbed him most was a suite of 10 paintings of one of the weeping willows he had planted on the shores of his pond in 1893, when he had purchased the property to construct his aquatic paradise. The tree had grown in girth and grandeur over the intervening years, its leafy arms now extending out over the dappled waters like an impassioned conductor energizing an orchestra.

The trees in Monet’s water garden are much less known than the flowers, but they were central to his vision of what that ideal space should include and thus dear to his heart. In 1912, when severe winds and rains wreaked havoc on his horticultural handiwork, what Monet mourned most was the damage to his willows.

Weeping willows, of course, evoke mourning by their very appearance no less than by their appellation, their drooping tendrils the very symbol of sorrow. It’s therefore not surprising, given Monet’s sensitivity to his nation’s plight, that he turned to this tree to express the trauma of the moment.

In the summer of 1891, Claude Monet began to paint a row of poplar trees that lined the river Epte near his house at Giverny. The trees were auctioned off for timber shortly thereafter, but Monet made a deal with the purchaser to delay cutting them so he could continue to paint the trees through the autumn. Using a shallow rowboat that had slots in the bottom capable of holding several canvases at once, Monet painted twenty-four pictures of the poplars from his floating studio.

The resulting pictures reflect the view at different seasons and times of day and were known as the “Poplar Series” when they were exhibited in February 1892. 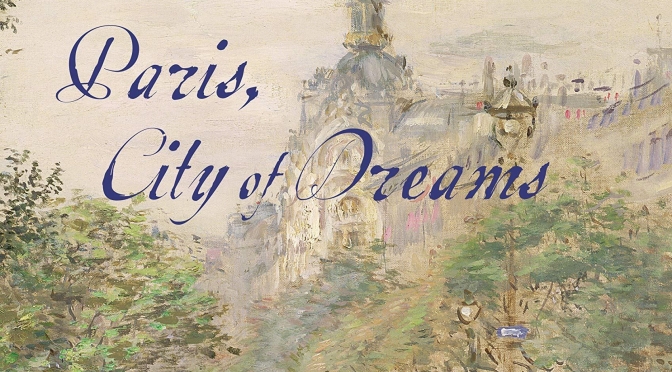 Paris, City of Dreams traces the transformation of the City of Light during Napoleon III’s Second Empire into the beloved city of today. Together, Napoleon III and his right-hand man, Georges Haussmann, completely rebuilt Paris in less than two decades—a breathtaking achievement made possible not only by the emperor’s vision and Haussmann’s determination but by the regime’s unrelenting authoritarianism, augmented by the booming economy that Napoleon fostered.

Acclaimed historian Mary McAuliffe vividly recaptures the Paris of Napoleon III, Claude Monet, and Victor Hugo as Georges Haussmann tore down and rebuilt Paris into the beautiful City of Light we know today.

McAuliffe follows the lives of artists such as Edouard Manet, Berthe Morisot, and Claude Monet, as well as writers such as Emile Zola, Gustave Flaubert, and the poet Charles Baudelaire, while from exile, Victor Hugo continued to fire literary broadsides at the emperor he detested.

McAuliffe brings to life a pivotal era encompassing not only the physical restructuring of Paris but also the innovative forms of banking and money-lending that financed industrialization as well as the city’s transformation. This in turn created new wealth and lavish excess, even while producing extreme poverty. More deeply, change was occurring in the way people looked at and understood the world around them, given the new ease of transportation and communication, the popularization of photography, and the emergence of what would soon be known as Impressionism in art and Naturalism and Realism in literature—artistic yearnings that would flower in the Belle Epoque.

Napoleon III, whose reign abruptly ended after he led France into a devastating war against Germany, has been forgotten. But the Paris that he created has endured, brought to vivid life through McAuliffe’s rich illustrations and evocative narrative.

Mary McAuliffe holds a PhD in history from the University of Maryland, has taught at several universities, and has lectured at the Smithsonian Institution, the Barnes Foundation, and the Frick Pittsburgh. She has traveled extensively in France, and for many years she was a regular contributor to Paris Notes. Her books include Clash of Crowns, Dawn of the Belle Epoque, Twilight of the Belle Epoque, When Paris Sizzled, and Paris on the Brink. She lives in New York City with her husband. 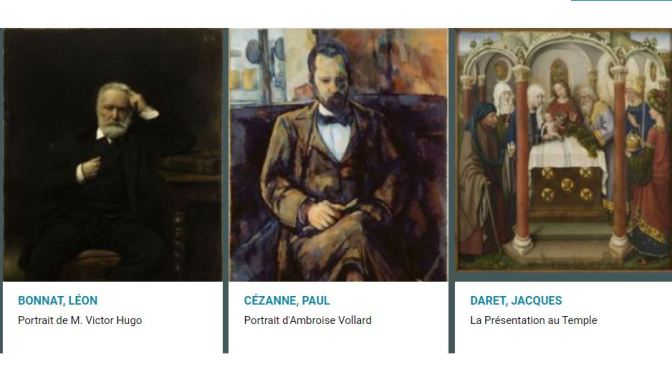 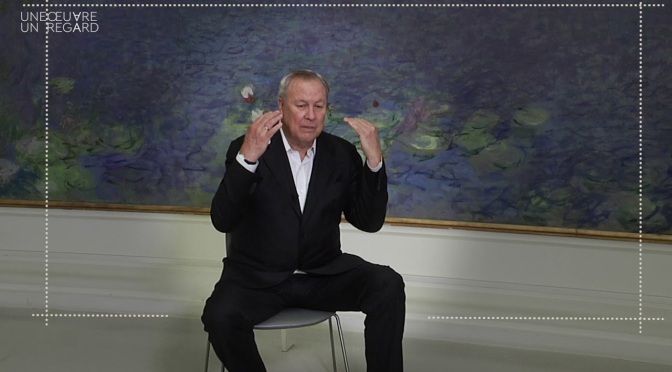 Hailed as “a towering figure in the world of experimental theater” by the New York Times Waco, Texas-born Robert Wilson has created singular works in the realms of opera, performance, video art, glass, architecture, and furniture design since 1963. Prolific yet exacting in his approach to staging, light, and direction, Wilson has been honored with numerous awards for excellence including a Pulitzer Prize nomination, the Golden Lion of the Venice Biennale, and an Olivier Award. He is also the founding director of The Watermill Center, a laboratory for the arts and humanities in Water Mill, New York. 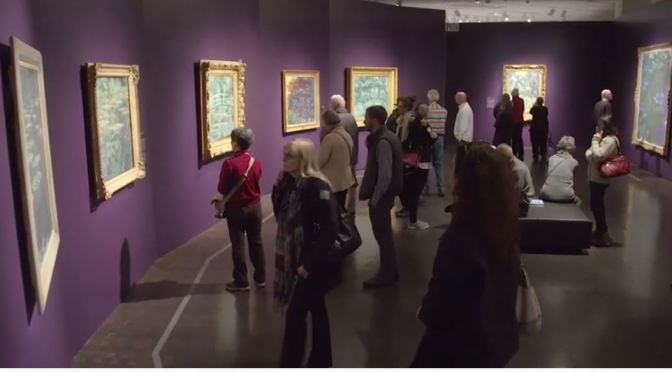 Visitors to the Denver Art Museum can currently see 120 different paintings by Claude Monet from all over the world. But how did they get there — like, literally get there?

To find out, I talked with Sarah Cucinella-McDaniel, chief registrar at the Denver Art Museum. She’s sort of like a travel agent for art — and for this exhibition she booked the itineraries for artworks from more than 70 lenders around the world: museums, as well as private collectors. (One of her recent days started unexpectedly, around 1:45 a.m., when one of her nine Monet shipments for the day arrived at the museum hours ahead of schedule.) 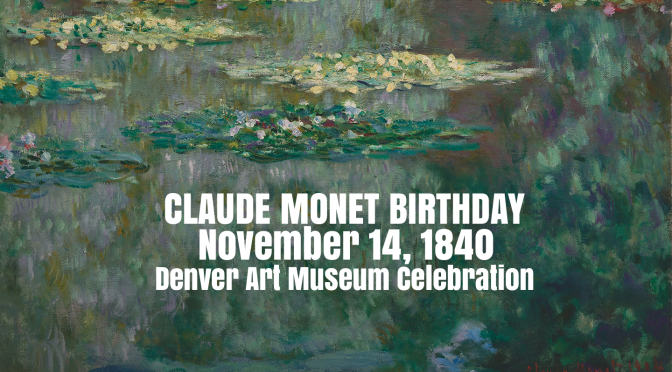 The Denver Art Museum will celebrate famed French Impressionist Claude Monet’s birthday on November 14, 2019, in conjunction with the exhibition Claude Monet: The Truth of Nature. The DAM will celebrate the artist’s 179th birthday with cake, the launch of the DAM’s first-ever podcast titled Beyond Monet, the reveal of a Monet-inspired painting by local artist Ashley Joon, a special Art & About program dedicated to Monet’s birthday, and a surprise Monet-themed gift bag for one lucky visitor.

Born in Paris on November 14, 1840, Claude Monet was a prolific painter and founder of the French Impressionist movement, bridging the gap between the artistic movements of the 19th century and the modernized art world of the 20th century. Monet lived a long life and had an extensive artistic career that spanned nearly 70 years. In the Monet exhibition, visitors can see more than 120 works by Monet, including the first painting Monet ever exhibited when he was just 18 years old, along with some of his very last paintings. 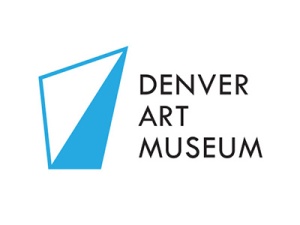 The Denver Art Museum will be home to the most comprehensive U.S. exhibition of Monet paintings in more than two decades. The exhibition will feature more than 120 paintings spanning Monet’s entire career and will focus on the celebrated French impressionist artist’s enduring relationship with nature and his response to the varied and distinct places in which he worked.

Monet traveled more extensively than any other impressionist artist in search of new motifs. His journeys to varied places including the rugged Normandy coast, the sunny Mediterranean, London, the Netherlands, and Norway inspired artworks that will be featured in the presentation. The exhibition will uncover Monet’s continuous dialogue with nature and its places through a thematic and chronological arrangement, from the first examples of artworks still indebted to the landscape tradition to the revolutionary compositions and series of his late years.