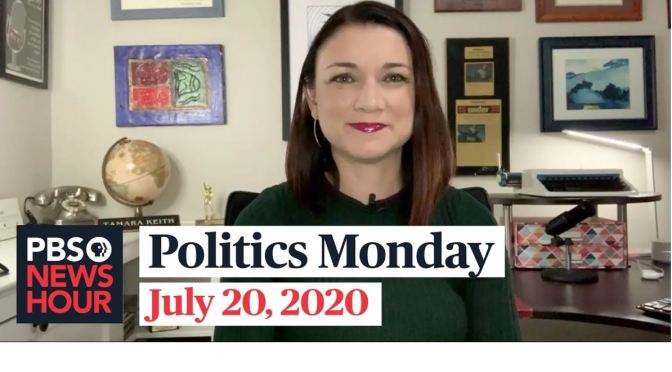 NPR’s Tamara Keith and Amy Walter of the Cook Political Report join Judy Woodruff to discuss the latest political news, including what President Trump is saying about the coronavirus and competitor Joe Biden, whether those messages are resonating with voters and what pandemic legislation to expect from Congress before the school year begins.

These two magnificent paintings by Scottish artist David Roberts exquisitely capture the essence of life in Seville in the 1800s. Hear how Roberts, one of the most widely travelled artist explorers of the 19th century, executed these resplendent views of the Cathedral – one capturing the ceremony of the Corpus Christi festival, the other displaying the bustle of life outside. ‘Interior of the Cathedral of Seville’ and ‘The Moorish Tower at Seville’. 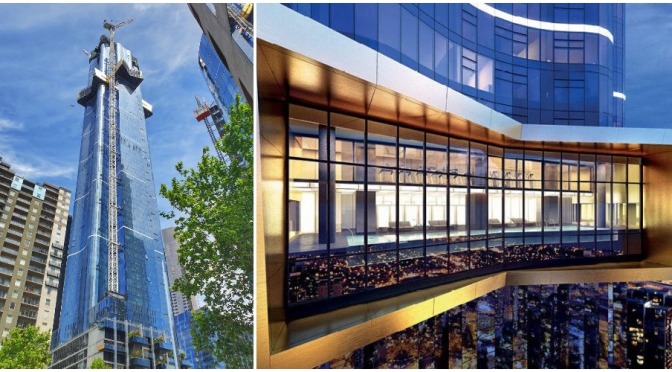 We visit the highest rooftop in Australia, to learn about a skyscraper providing a refreshing change from the usual cookie-cutter projects that dot the country’s east coast.

Australia 108, highest residences in the Southern Hemisphere. A 101-storey landmark with panoramic views to match.

A cultural and historic landmark set on Venice’s Grand Canal

A meticulously renovated 15th-century palace, with its lavish pink façade, sits proudly between Ca’ d’Oro and the Rialto Bridge on the spectacular Grand Canal. Ca’ Sagredo Hotel in Venice is a real gem, half hotel, half museum with important works of art by 17th and 18th-century artists Sebastiano Ricci, Giambattista Tiepolo, Niccolò Bambini and Pietro Longhi.

This place is truly mesmerising. Ascend the stately marble staircase by Tirali, with an impressive fresco by Longhi, and experience the air of romance and mystery that is uniquely Venice. With several of the rooms and suites providing a canal view, stay in one of Ca’Sagredo Hotel’s historical grand suites to appreciate 18th-century stuccoed ceilings, bas reliefs and elaborately painted wall friezes.

Lyonel Feininger combined influences from different art movements to find a style all his own. In this video, discover how Feininger’s work combines elements of Cubism and

Italian Futurism, abstract form and function from the Bauhaus, and an expressive use of colour from his involvement with Die Brucke and Die Blaue Vier. Feininger’s instantly recognisable style is clearly visible in the dramatic interplay of light and shadow displayed in ‘Zottelstedt II’ from 1927.

Lyonel Charles Feininger (1871 – 1956) was a German-American painter, and a leading exponent of Expressionism. He also worked as a caricaturist and comic strip artist. He was born and grew up in New York City, traveling to Germany at 16 to study and perfect his art.

“The findings of this study are promising and reinforce what we’ve seen in other studies — fasting diets are a viable option for people who want to lose weight, especially for people who do not want to count calories or find other diets to be fatiguing,” Varady said.

…participants in both daily fasting groups reduced calorie intake by about 550 calories each day simply by adhering to the schedule and lost about 3% of their body weight. The researchers also found that insulin resistance and oxidative stress levels were reduced among participants in the study groups when compared with the control group.

Two daily fasting diets, also known as time-restricted feeding diets, are effective for weight loss, according to a new study published by researchers from the University of Illinois at Chicago.

“This is the first human clinical trial to compare the effects of two popular forms of time-restricted feeding on body weight and cardiometabolic risk factors,” said Krista Varady, professor of nutrition at the UIC College of Applied Health Sciences and corresponding author of the story.

Filmed and Directed by: Sav Kyriacou and Matthew Rosenberg

It is estimated that over a thousand people live afloat on the Thames between Teddington Lock and the Thames Barrier. These floating villages have a rich and, until now, untold history. Based on photography, archive research and oral history interviews, this exhibition draws together the past and the present, tracking the evolution of houseboat life on one of the world’s most vibrant rivers.

Music by Bloch Eyot from the Magic Folkgrass album featuring Above the Storms, Thames Upstream and Long Highway. 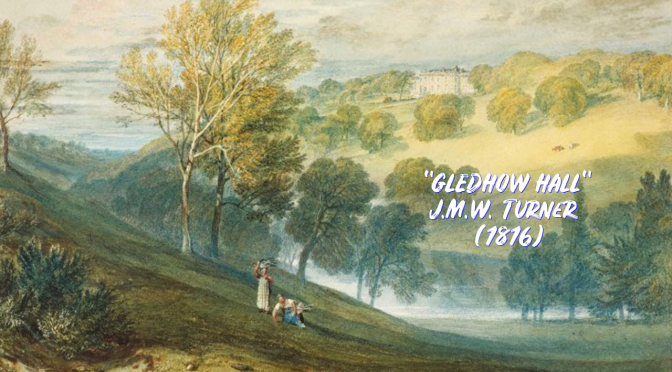 This magnificent watercolour by J.M.W. Turner exquisitely captures the romantic painter’s love for the North of England. Discover how the “painter of light” depicted the sheer essence of time and atmosphere in this sumptuous watercolour of “God’s Own Country”.

Gledhow Hall, in Leeds, is still standing sentinel and today houses several luxury flats. Yet few are aware that the Hall and the Gledhow area itself is intrinsically linked with the family of Kate Middleton, the Duchess of Cambridge.

Gledhow Hall is on Gledhow Lane at its junction with Gledhow Wood Road. The land was originally monastic and was purchased from Queen Elizabeth I by the Thwaites family. Several notable Yorkshire families have owned the Hall, including the Becketts, the Benyons, the Dixons and the Coopers. The Hall, as seen today, was completed shortly after 1766, by York architect John Carr who had been responsible for Harewood House – the home of Princess Mary, Countess of Harewood, whose niece is Queen Elizabeth II. 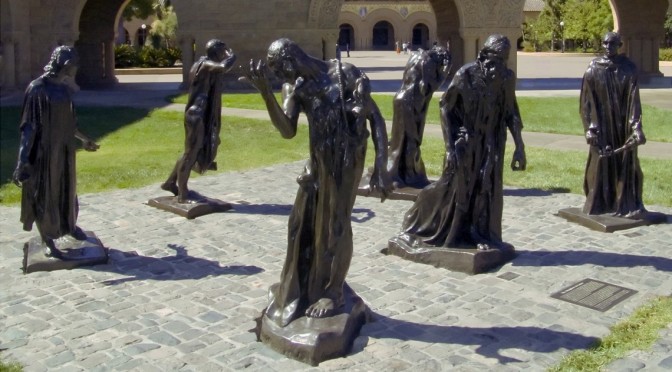 The enduring appeal of Rodin, the modernity of his work, has to do with the way in which he makes visible an aesthetic of process – how, in other words, he takes traditional sculpture apart and puts it back together again in new and daring ways. Strategies of multiplication, scalability, fragmentation and recombinatory modes of assembly and display constitute some of the hallmarks of Rodin’s artistic practice.

Works by Rodin on view at the Cantor are often utilized by students and scholars from a range of disciplines, including medicine. In this moment, with outbreak of disease across the globe, what can Rodin’s works teach us about the relationship between art and nature?

It’s interesting that Rodin attracts so much attention from medical experts, especially here at Stanford, who have used his hands for diagnostic purposes. It’s true that Rodin was intensely interested in exploring pathologies of the body, especially now-discredited understandings of female hysteria. But there is also the irony that Rodin became furious after a critic accused him of making his first life-size figure through life casting, rather than modeling it himself. It should go without saying, but Rodin’s hands are not hands – not real ones, anyway – and their expressive forms don’t align neatly with the anatomical reality of hands in flesh and blood or even their more naturalistic counterparts. But the very fact that they elicit such responses demonstrates the power of art to provoke challenging questions that drive innovative paths of research that cut across disciplines, particularly in a university setting.

Lawmakers are back on the hill negotiating the next trillion dollar relief package for the struggling economy. Meanwhile, COVID-19 cases surge in 40 states. Finally, an update on the clash between protesters and police in Portland, Oregon.