CBS Sunday Morning (January 29, 2023) – The works of architect Steven Holl have helped define the look of cities around the world, making remarkable use of light and space.

Correspondent Rita Braver talks with Holl, whose recent works include the REACH at the John F. Kennedy Center for the Performing Arts, in Washington, D.C., and the Kinder Building at The Museum of Fine Arts, Houston – buildings in which Holl hopes to express “the joy from the creative act.”

Steven Holl is a tenured Professor of Architecture who has taught at Columbia GSAPP since 1981. After completing architecture studies in Rome in 1970, the University of Washington in 1971, and graduate studies at London’s Architectural Association in 1976, Holl founded Steven Holl Architects in 1977. Based in New York City, the forty person firm also has an office in Beijing.

Steven Holl has realized cultural, civic, academic and residential projects both in the United States and internationally including the Kiasma Museum of Contemporary Art in Helsinki, Finland (1998); the Chapel of St. Ignatius, Seattle, Washington (1997); Simmons Hall at the Massachusetts Institute of Technology in Cambridge, Massachusetts (2002); the Nelson-Atkins Museum of Art in Kansas City, Missouri (2007); the Horizontal Skyscraper in Shenzhen, China (2009); the Linked Hybrid mixed-use complex in Beijing, China (2009); Cité de l’Océan et du Surf in Biarritz, France (2011); the Reid Building at the Glasgow School of Art, Glasgow, Scotland (2014); the Arts Building West and the Visual Arts Building at the University of Iowa in Iowa City, Iowa (2006, 2016); the Ex of IN House (2016); the Lewis Arts Complex at Princeton University in Princeton, New Jersey (2017); Maggie’s Centre Barts in London (2017); the Institute for Contemporary Art at Virginia Commonwealth University (2018); and the Glassell School of Art at the Museum of Fine Arts, Houston (2018). Upcoming work includes the REACH expansion of the John F. Kennedy Center for Performing Arts in Washington, D.C. (2019); the Winter Visual Arts Center at Franklin & Marshall College (2019); Rubenstein Commons at the Institute for Advanced Study in Princeton, New Jersey (2019); and the expansion of the Museum of Fine Arts, Houston (2020). 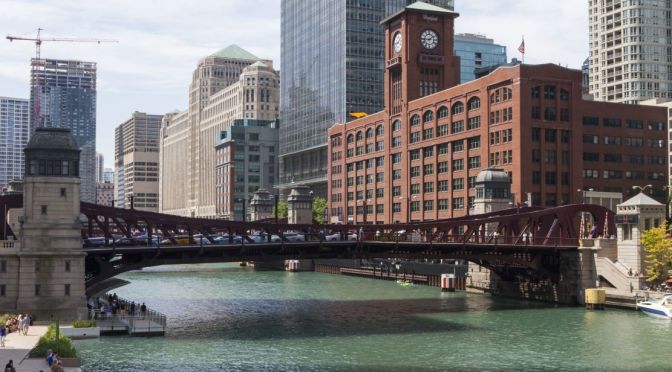 Architectural Digest – Architect Lynda Dossey returns to the streets of Chicago for another walking tour, this time highlighting the hidden details to be found in the stylish River North neighborhood.

River North is a lively neighborhood in the Near North Side. It boasts luxe shops and eateries, plus posh nightclubs and cocktail bars. Opened in 1930 in a former industrial area, the sprawling Merchandise Mart attracts throngs of shoppers to its home and office design showrooms. Surrounding the Mart, artist’s studios in converted warehouses and lofts form a hub that sustains the area’s foremost art galleries. 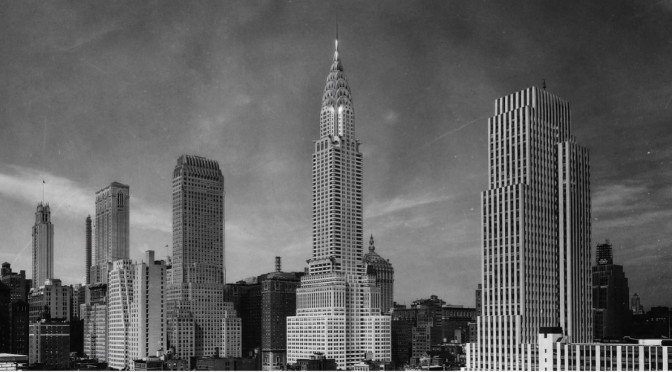 Today Michael Wyetzner of Michielli + Wyetzner Architects returns to Architectural Digest for a deep, detail-oriented break down of New York City’s singular Chrysler Building. From its unmistakable Art Deco design to the hidden details that echo its automotive inspiration, see why the Chrysler Building is an iconic staple of the Manhattan skyline.

The story of the Chrysler Building began in 1928, when automotive titan Walter P. Chrysler, founder of Chrysler Corporation, bought the property from Coney Island developer William H. Reynolds for $2 million. Chrysler hired architect William Van Alen, who had previously designed a skyscraper for Reynolds on the site, to create the world’s tallest tower. Construction on Chrysler’s project began in 1929 and was completed in 1930. Reaching a height of 1,048 feet, including its 125-foot steel spire, the Chrysler Building surpassed the Woolworth Building and 40 Wall Street in Lower Manhattan in a “Race to the Sky” to claim the tallest building in the world–a title it held until 1931. The Chrysler Building still reigns as the world’s most famous skyscraper, playing prominent roles in film and television from Godzilla and Spider-Man to Sex and the City. 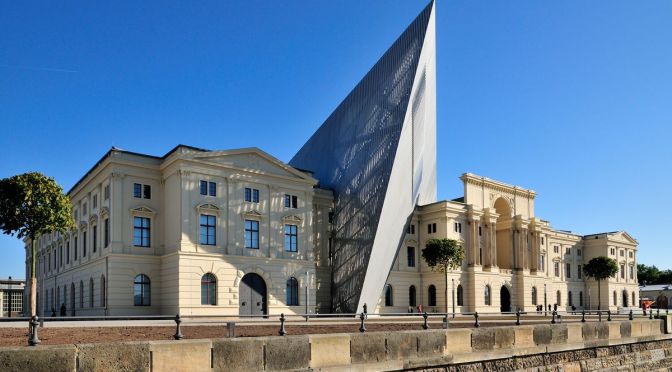 Smithsonian Channel – In 2001, Daniel Libeskind was hired to design a tasteful extension to the Bundeswehr Museum of Military History, in Dresden. His vision was an ingenious feat of architecture that managed to be both modern and respectful of the city’s tragic past.

The Military History Museum in Dresden, Saxony is one of very few museums in Germany that has German war equipment from both World Wars. Some of the most famous large items in the museum include a V2 flying bomb and Germany’s first submarine. The museum aims to explain how the military, armies and war influenced politics and society, and vice versa. 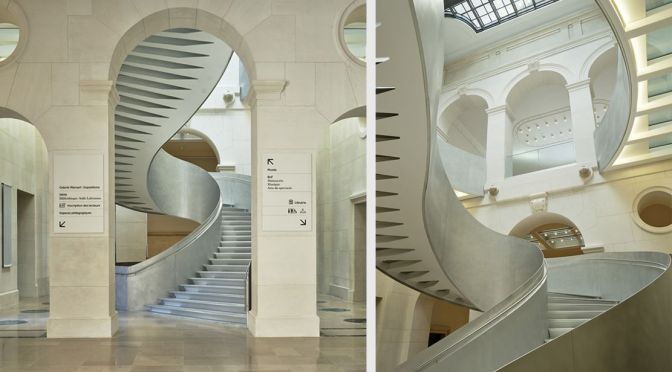 Completed in the late 19th century by architect Henri Labrouste, the library is considered a masterpiece of the Beaux Arts style, with vast, skylit reading rooms framed by slender steel columns and highly decorative arches. 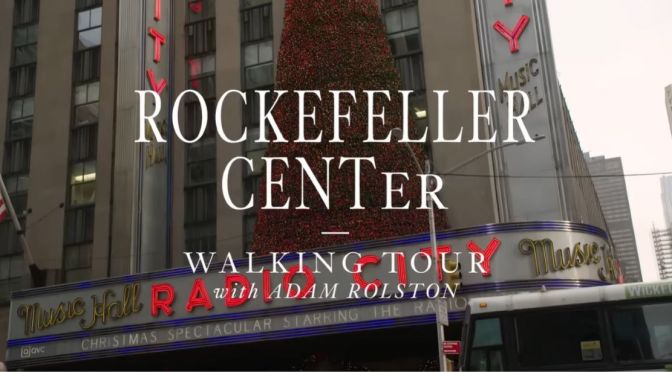 From the history behind the towering art deco 30 Rockefeller Plaza to the iconic ice skating rink and smaller details you may not be aware of, come along as Adam explores and explains everything there is to know about Rockefeller Plaza. 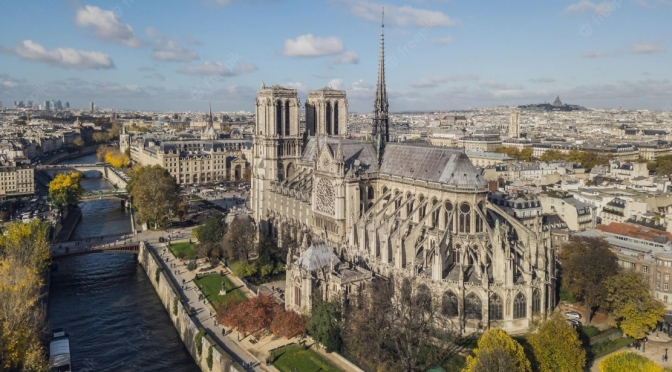 The program traces the dramatic human and technical challenges of the project’s first three years, going behind-the-scenes with carpenters shaping lumber for the new roof and spire, stone masons repairing gaping holes in the vault, and artisans who use traditional techniques to restore stained glass windows. A symbol of the nation’s identity and resilience, Notre Dame gradually rises from the ashes, thanks to a restoration project like no other. 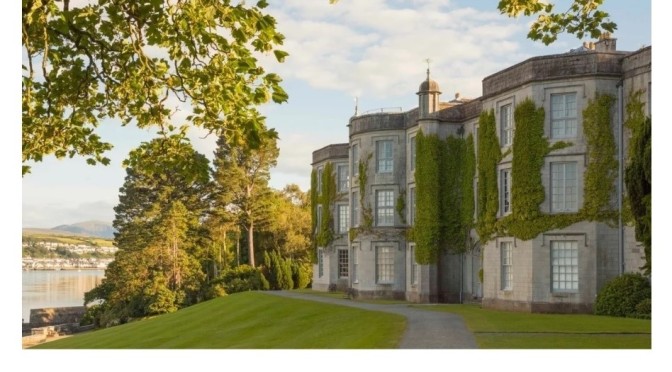 National Trust – Set on the shores of the Menai Strait, visitors to the gardens at Plas Newydd in Wales can take in the sea air and enjoy views of Snowdonia.

The gardens, dating back to the 16th century, owe much of their dramatic beauty to landscape designer Humphry Repton who in 1798, who planted trees to make the most of the views. Repton’s legacy influences the way the National Trust cares for the gardens today.

Discover ornate courtyards, a vibrant rhododendron garden and a tree house – features when the 6th Marquess of Anglesey lived at Plas Newydd with his family. You’ll also pick up a gardening tip to help you keep your flower beds happy and healthy over winter. The gardens at Plas Newydd are only open at weekends during the winter. 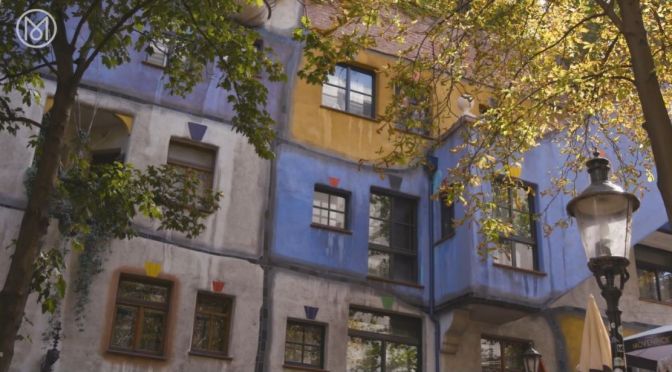 Monocle Films (December 14, 2022) – The world is urbanising fast. But how do you accommodate people in cities in a way that offers dignity, affordability and a sense of community? Vienna may have a solution. Explore the enduring legacy of the city’s ‘Gemeindebau’ apartment blocks in the latest episode of our Design Tours series. 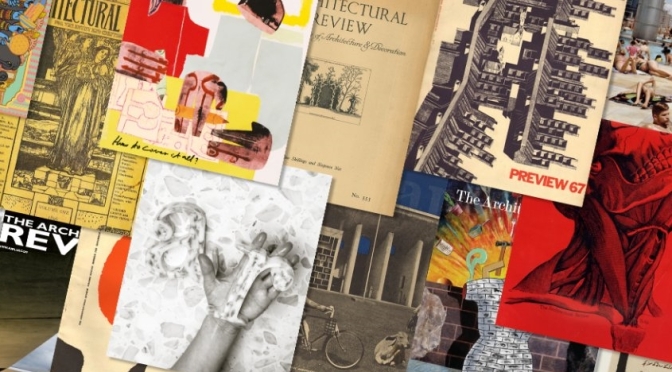 The Architectural Review December 2022 issue: Whether it’s a house, a room or a collection of objects, homes are the imprint of the people who inhabit them. Described as the ‘detritus of life’ by Sam Johnson-Schlee in this issue’s keynote, the remnants of our daily lives can say much about who we are, while the possessions we choose to display around us say more about how we want to be seen.

Very few people have the resources to realise the house of their dreams, yet the results can be extraordinary. From the London home of Charles Jencks and Maggie Keswick, which is a manifestation of their postmodern fantasies, to the local materials and construction techniques of Anupama Kundoo’s Wall House in Auroville, this issue revisits houses designed by architects for themselves, and sometimes their families. Also celebrated are the winning projects of the 2022 AR House Awards, featuring innovative and intriguing dwellings from Mexico, Japan, Thailand, Vietnam and the Bahamas.