Van Gogh Museum Tour in 4K. Have you always wanted to be alone in the Van Gogh Museum? Step into Vincent’s world and enjoy the private video tour.

Although our galleries are temporarily closed we wanted to share the Andy Warhol exhibition at Tate Modern with you. Join Tate curators Gregor Muir and Fiontán Moran as they discuss Warhol through the lens of the immigrant story, his LGBTQI identity and concerns with death and religion.

Meet the man behind the brand. It’s a Warhol you might not know, with some artworks you may not have seen before.

Find out more about the exhibition here 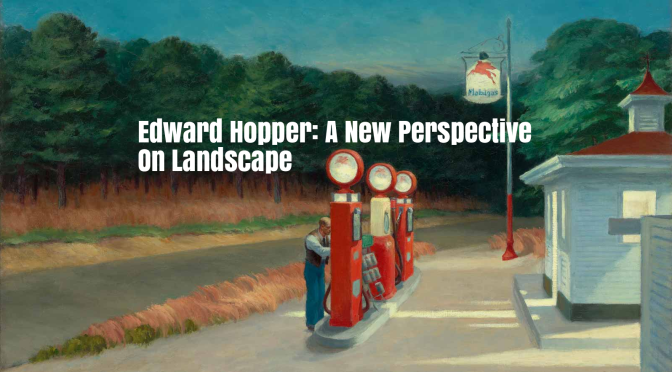 Edward Hopper’s world-famous, instantly recognizable paintings articulate an idiosyncratic view of modern life, unfolding in a world of lonely lighthouses, gas stations, movie theaters, bars and hotel rooms. With his impressive subjects, independent pictorial vocabulary and virtuoso play of colors, Hopper’s work continues to this day to color our memory and imaginary of the United States in the first half of the 20th century.

A fresh look at Hopper’s iconic vision of the American landscape—its gas stations, diners and highways. 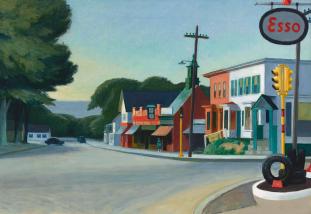 oil paintings. These paintings testify to the artist’s great interest in the effects of color and his mastery in depicting light and shadow, at work whether the artist was painting alienated figures in dreamlike interiors or desolate American landscapes.

Edward Hopper: A New Perspective on Landscape is published to accompany a major exhibition at the Fondation Beyeler of Hopper’s iconic images of the vast American landscape. The catalog gathers together paintings, watercolors and drawings made by the artist between the 1910s and the 1960s, and supplements them with essays by Erika Doss, David Lubin and Katharina Rüppell, focused on the subject of depicting the landscape.

Edward Hopper (1882–1967) was the master of American Realism. His paintings captured the mood and atmosphere of his era. His style of painting and subject matter became the stylistic foundation for a distinct type of American modernism. A source of inspiration for countless painters, photographers and filmmakers, Hopper’s body of work continues to be influential to this day.

“In my paintings, I try to capture the hidden beauty found in the unexpected places and fleeting moments of everyday life.  I continue to be intrigued by the urban landscapes of inner cities – their active streets, time worn buildings and multiple layers of decay, renewal and adaptation – that proudly display the effects of age and use, which I see as testaments to strength, character and authenticity in contrast with modern society’s demand for newness, imitation, disposability and easy duplication.

Dan Graziano is an award winning, nationally exhibited artist whose paintings capture the hidden beauty found in the unexpected places and fleeting moments of everyday life.  Incorporating dramatic light, shadow, color and perspective, his compositions feature a diversity of subjects – from a simple still life to rugged coastlines, active urban life, lively cafes and bars, small rural towns and forgotten roadside relics.  His work has been featured in numerous publications and is in the collections of private and corporate collectors throughout the world.

His artistic vision began taking shape in the 60’s, during America’s explosive political, cultural and artistic awakening.  His first formal training focused on advertising and illustration, but a career opportunity in architecture and urban planning altered his original direction.

When he returned to painting, he was drawn to the rich complexity of the urban landscape – inspired by Edward Hopper and other urbanist painters. As an accomplished blues guitarist (his other great passion), he found the city streets, time worn buildings and multiple layers of decay and repair a visual parallel to the spirit and culture of the music.

“My work is influenced by the American realists such as Sargent, Hopper and the three generations of Wyeths along with California painters Wayne Thiebaud and Richard Diebenkorn.” 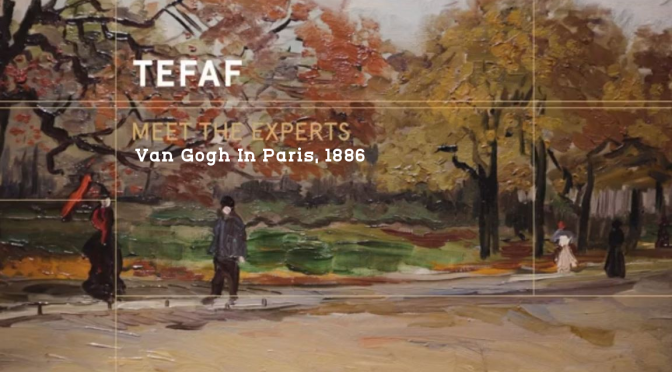 TEFAF’s Meet the Experts presents Howard Shaw from Hammer Gallery shares what Van Gogh would have most likely seen when he visited Paris in 1886. This period of Van Gogh’s life is pivotal to his works as an artist.

From Sargent to Sorolla, Jonas Wood to Winston Churchill, Berkshire to Bali — how artists have found solace and inspiration in gardens the world over. 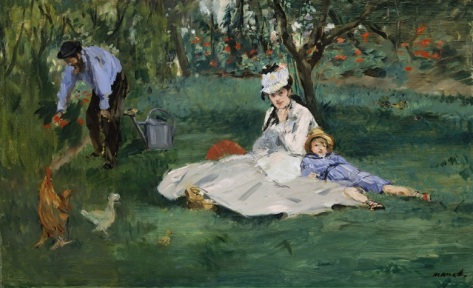