The Arashiyama Bamboo Grove is one of Kyoto’s top sights and for good reason: standing amid these soaring stalks of bamboo is like being in another world. 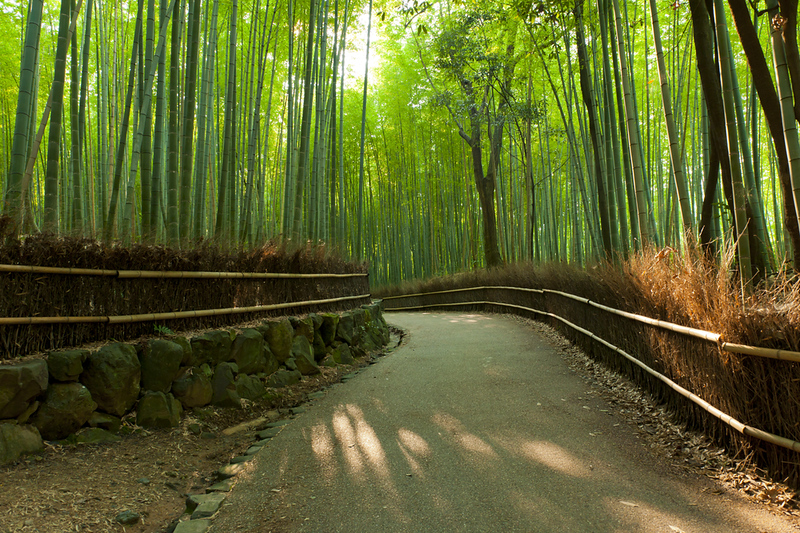 If you’ve been planning a trip to Kyoto, you’ve probably seen pictures of the Arashiyama Bamboo Grove – along with the torii tunnels of Fushimi-Inari-Taisha Shrine and Kinkaku-ji Temple, it’s one of the most photographed sights in the city. But no picture can capture the feeling of standing in the midst of this sprawling bamboo grove – the whole thing has a palpable sense of otherness that is quite unlike that of any normal forest we know of.

Located away from prying eyes, in the heart of the village, a few steps from the ski slopes and at the end of a private road, the Chalet Fleur des Neiges dominates with a breathtaking view of the Dents du Midi chain. Easy to access, it benefits from a privileged setting as well as an enchanting landscape with its generous wooded garden.

A look back at the year that was in design and architecture, featuring conversations with creative director Ilse Crawford and designer and author Julia Watson.

This video takes an in-depth look at Monet’s approach to painting in series, an approach that consumed his later years. From stacks of wheat in the French countryside to sites of foggy London to water lilies at his home garden in Giverny, Monet painted beloved subjects again and again, depicting changing light and atmospheric conditions in works that captivate us still today. New scientific discoveries, however, reveal that Monet’s genius goes well beyond what we see on the surface.

As a pioneer of abstraction and a renowned aesthetic theorist, Vasily Kandinsky (b. 1866, Moscow; d. 1944, Neuilly-sur-Seine, France) is among the foremost artistic innovators of the early twentieth century.

In his endeavor to free painting from its ties to the natural world, Kandinsky discovered a new subject matter based solely on the artist’s “inner necessity” that would remain his lifelong concern.

In Munich in the 1900s and early 1910s, Kandinsky began exploring the expressive possibilities of color and composition, but he was abruptly forced to leave Germany with the outbreak of World War I, in 1914. The artist eventually returned to his native Moscow, and there his pictorial vocabulary started to reflect the utopian experiments of the Russian avant-garde, who emphasized geometric shapes in an effort to establish a universal aesthetic language. Kandinsky subsequently joined the faculty of the Bauhaus, a German school of art and applied design that shared his belief in art’s ability to transform self and society. Compelled to abandon Germany again when the Bauhaus closed under Nazi pressure in 1933, he settled outside Paris, where Surrealism and the natural sciences influenced Kandinsky’s biomorphic imagery.

More so than any other artist, Kandinsky is intertwined with the history of the Solomon R. Guggenheim Foundation, established in New York in 1937. Industrialist and museum founder Solomon R. Guggenheim began collecting Kandinsky’s work in 1929 and met him at the Dessau Bauhaus the following year. This exhibition draws from the foundation’s extensive holdings to illustrate the full arc of Kandinsky’s seminal career.

Wassily Wassilyevich Kandinsky was a Russian painter and art theorist. Kandinsky is generally credited as the pioneer of abstract art. Born in Moscow, Kandinsky spent his childhood in Odessa, where he graduated at Grekov Odessa Art school. He enrolled at the University of Moscow, studying law and economics.

What is OPAL? OPAL (Outer Planet Atmospheres Legacy) is a project to obtain long time baseline observations of the outer planets in order to understand their atmospheric dynamics and evolution as gas giants. The yearly observations from OPAL throughout the remainder of Hubble’s operation will provide an important legacy of time-domain images for use by planetary scientists. Viewers might notice that some of the images of the same planets appear to be different colors. This is due to the fact that over the years, from Voyager to Hubble, many different instruments, and many different filters have been used.

Voicebots, Humanoids and Other Tools Capture Memories for Future Generations What happens after we die—digitally, that is? In this documentary, WSJ’s Joanna Stern explores how technology can tell our stories for generations to come. Old photos, letters and tapes. Tech has long allowed us to preserve memories of people long after they have died. But with new tools there are now interactive solutions, including memorialized online accounts, voice bots and even humanoid robots. WSJ’s Joanna Stern journeys across the world to test some of those for a young woman who is living on borrowed time.

Tel Aviv, a city on Israel’s Mediterranean coast, is marked by stark 1930s Bauhaus buildings, thousands of which are clustered in the White City architectural area. Museums include Beit Hatfutsot, whose multimedia exhibits illustrate the history of Jewish communities worldwide. The Eretz Israel Museum covers the country’s archaeology, folklore and crafts, and features an on-site excavation of 12th-century-B.C. ruins.

Nuclear energy accounts for nearly 20% of electricity generated in the US, more than wind, solar and hydro combined. But now, new nuclear reactor designs could bring far more widespread use and public acceptance of this powerful form of energy.

B&H stands for Blimie & Herman, the founders of the store. B&H was named the leading online consumer electronics retailer by Consumers Reports for 2018. Newsweek named B&H as one of America’s Top Companies for Customer Service for 2019, with top position in the consumer electronics category based on over 130,000 customer evaluations. In 2018, Forbes named B&H as one of America’s Best Mid-Size Employers. Also in 2018, B&H’s consumer website was recognized as the Best for User Experience of any e-commerce company by the Baymard Institute.