Europe offers an astonishing variety of scenic landscapes and some of the most enchanting trails to explore them. Wanderlust Europe takes you from the Scottish Highlands to endless amber beaches of the Baltic Sea, from the Scandinavian tundra, the majestic peaks of the Alps, the pristine peaks of the Balkans, to the rugged coastal mountains of the Mediterranean islands, and along the romantic valley of the Rhine river.

Wanderlust Europe points the reader in the direction of the continent’s most awe-inspiring routes. Offering expert knowledge on how best to experience the wild outdoors, this stimulating manual traverses far-reaching locales in pursuit of breathtaking beauty and a sense of freedom. Combining first-hand tips with informative maps and an array of spectacular photography, this book is a welcome addition to the Wanderlust series and for anyone with an urge to connect with the great outdoors.

With outdoor enthusiast Alex Roddie on how best to experience nature’s majesty, this book offers long-distance trekking, short-day trips, and extended weekend escapades for hikers of all levels. Explore the world one step at a time with Wanderlust Europe.

Alex Roddie is a writer, editor, and photographer who specializes in adventure travel, the outdoor publishing industry, and non-fiction on mountaineering, hiking, nature and the environment. An experienced long-distance backpacker and mountaineer, he has hiked thousands of miles through the Scottish Highlands, English Lake District and Yorkshire Dales, Swiss Alps, Pyrenees, and the Fjells of Norway. He is an active environmental campaigner.

This is the gateway to all the wonderful things that Sydney Harbour has to offer. Circular Quay in Sydney Cove is bordered by the Sydney Opera House and Royal Botanic Garden on one side and the Sydney Harbour Bridge on the other. It’s also the main ferry terminal in Sydney, making it easy to explore one of the world’s great natural harbours.

New Orleans is a food town, with a dedicated population that holds on tightly to old favorite haunts, while embracing and celebrating new traditions and new faces. For our annual December list of restaurant, food and drink “bests,” our team…

In New Orleans, we have a special relationship with food and dining (and, of course, imbibing). This year, due to COVID-19, our love affair with food took on especially new meaning, as many of us turned to comfort food, take-out…

You can always tell who, in a Zoom meeting, is not wearing a bra. They are the ones you see just from the eyeballs up. My sister-in-law Gloriosa goes to a lot of them meetings, being socially active and all.…

Google Maps has taken on competitors like MapQuest, Yahoo and Apple. But after a decade of investing, collecting data and billions of images through Street View, Google has over a billion monthly users. It updated tens of thousands of times a day and has mapped more than 220 countries and territories. Here’s a look at how Google came to dominate maps.

The coronavirus pandemic shuttered every single AMC theater for months. But the pandemic isn’t the only thing pushing the company onto financially shaky ground. Photo Illustration: Jacob Reynolds/WSJ

The city of Zurich, a global center for banking and finance, lies at the north end of Lake Zurich in northern Switzerland. The picturesque lanes of the central Altstadt (Old Town), on either side of the Limmat River, reflect its pre-medieval history. Waterfront promenades like the Limmatquai follow the river toward the 17th-century Rathaus (town hall).

Music has always had the power to heal, lift and transport us to another place. And so, embodying a spirit of optimism, issue 32 has a decidedly musical feel, led by a special feature about the legendary SHIRLEY BASSEY, who is celebrating 70 years in the music business. The only performer to have ever had an album in the UK top 40 in seven consecutive decades, Dame Shirley speaks exclusively to The Cultured Traveller.

We sit down with New Orleans-born HARRY CONNICK JR., who is globally adored for his jazz, swing and big-band numbers. And sultry songstress MELODY GARDOT talks about recording her new album during lockdown. Scratching beneath the surface of the Cypriot port city of LARNACA, we uncover a dynamic energy that pulsates through the cobbled streets and sun-drenched promenades of this cultural gem in the eastern Med. And because we are all likely to be in need of a restorative trip next year, we check into a dozen IDYLLIC ISLAND RETREATS, any of which would make for the perfect post pandemic getaway. 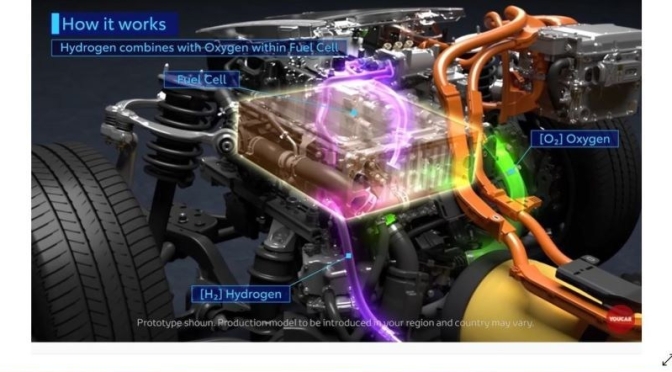 One of the principal aims for the new 2021 Mirai has been to give the car a stronger emotional appeal, making it a car that people will be attracted to by its looks and the way it drives, as well its eco-performance. The new GA-L platform and Toyota’s advances in FCEV technologies have made this possible. Toyota’s new fuel cell stack and fuel cell power converter (FCPC) have been developed specifically for use with the GA-L platform.

The designers have been able to bring all the elements together in the stack frame (including the water pumps, intercooler, air conditioning and air compressors and the hydrogen recirculation pump) with each part made smaller and lighter, while at the same time improving performance. The stack case itself has been made smaller by using Friction Stir Welding, reducing the gap between the fuel cell and casing.

The new Mirai is equipped with lithium-ion high-voltage battery in place of the current model’s nickel-metal hydride unit. Although smaller in size, it is more energy-dense, giving higher output and superior environmental performance. Containing 84 cells, it has a 310.8 rated voltage compared to 244.8, and a 4.0 Ah capacity, versus 6.5 Ah. Overall weight has been reduced from 46.9 to 44.6 kg. The output has improved from 25.5 kW x 10 seconds to 31.5 kW x 10 seconds.

The battery’s smaller dimensions have allowed it to be positioned behind the rear seats, avoiding intrusion in the load compartment. An optimised air-cooling path has been designed, with discreet inlets either side of the rear seats. The environmental benefit of driving the Toyota Mirai go beyond zero emissions to “negative emissions” – the car effectively cleans the air as it moves. A Toyota innovation, a catalyst-type filter is incorporated in the air intake.

As air is drawn into the vehicle to supply the fuel cell, an electric charge on the non-woven fabric filter element captures microscopic particles of pollutants, including sulphur dioxide (SO2), nitrous oxides (NOx) and PM 2.5 particulates. The system is effective in removing 90 to 100% of particles between 0 and 2.5 microns in diameter from the air as it passes into the fuel cell system. 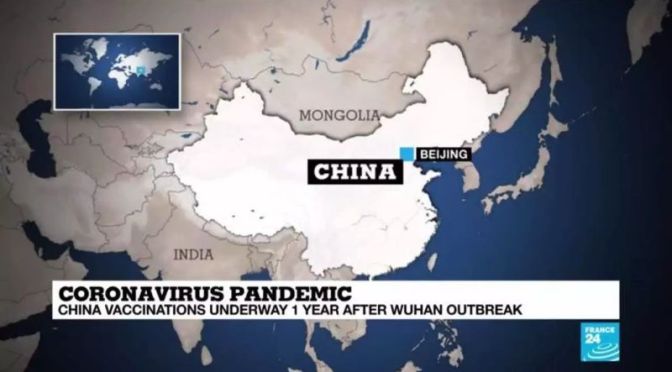 One year since the outbreak emerged in Wuhan, China says it has vaccinated nearly one million people against Covid-19. FRANCE 24 correspondent Charles Pellegrin says while the vaccines have yet to be fully approved for market, authorities have granted permission for their limited use on selected groups of the population.

Arashiyama is a district on the western outskirts of Kyoto, Japan. It also refers to the mountain across the Ōi River, which forms a backdrop to the district. Arashiyama is a nationally designated Historic Site and Place of Scenic Beauty.