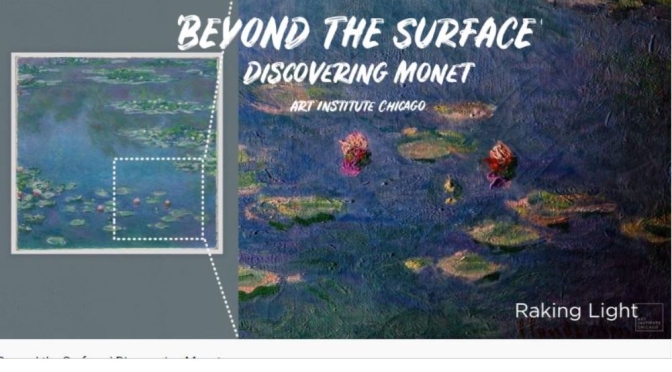 This video takes an in-depth look at Monet’s approach to painting in series, an approach that consumed his later years. From stacks of wheat in the French countryside to sites of foggy London to water lilies at his home garden in Giverny, Monet painted beloved subjects again and again, depicting changing light and atmospheric conditions in works that captivate us still today. New scientific discoveries, however, reveal that Monet’s genius goes well beyond what we see on the surface.

Learn how the changes Monet made to this painting captured the seaside town he remembered from his youth rather than the tourist destination it had since become.

On this episode of Art Institute Essentials Tour, take a closer look at American Gothic, painted by Grant Wood in 1930. One of the most famous American paintings of all time, this double portrait by Grant Wood debuted at the Art Institute in 1930, winning the artist a $300 prize and instant fame. Wood intended this Depression-era canvas to be a positive statement about rural American values during a time of disillusionment.

Grant DeVolson Wood (1891-1942) was an American painter best known for his paintings depicting the rural American Midwest, particularly American Gothic, which has become an iconic painting of the 20th century.

On this episode of Art Institute Essentials Tour, take a closer look at Paris Street; Rainy Day, painted by Gustave Caillebotte in 1877. This complex intersection represents in microcosm the changing urban milieu of late nineteenth-century Paris. Considered the artist’s masterpiece, Caillebotte strikingly captured a vast, stark modernity, complete with life-size figures strolling in the foreground and wearing the latest fashions.

On this episode of Art Institute Essentials Tour, take a closer look at City Landscape, painted by Joan Mitchell in 1955. “I paint a little, then I sit and look at the painting, sometimes for hours. Eventually, the painting tells me what to do.” In City Landscape, a tangle of various colors—pale pink, scarlet, mustard, sienna, and black—evoke the streets of a bustling metropolis. The spontaneous energy conveyed in the composition is at odds with Mitchell’s slow and deliberate process.

On this episode of Art Institute Essentials Tour, take a closer look at Bathers by a River, started by Henri Matisse in 1909 and completed in 1917. Henri Matisse originally painted this work as a pastoral scene, but over the next decade he transformed it into the cubist-inflected composition seen today. When the painting was acquired by the Art Institute in 1953, Matisse told the museum’s director that he viewed the painting as one of his five most pivotal works.

Henri Émile Benoît Matisse (1869 -1954) was a French artist, known for both his use of colour and his fluid and original draughtsmanship. He was a draughtsman, printmaker, and sculptor, but is known primarily as a painter. 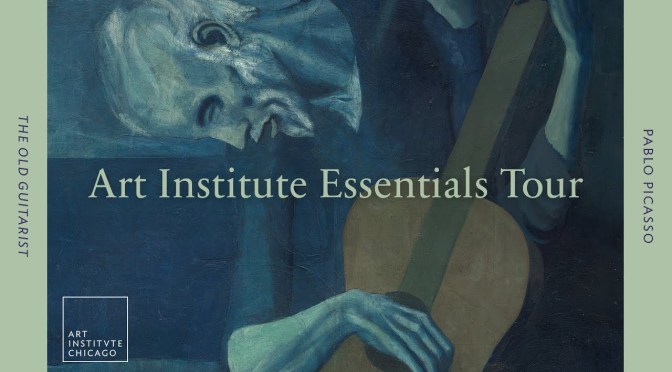 On this episode of Art Institute Essentials Tour, take a closer look at The Old Guitarist, painted by Pablo Picasso between late 1903 and early 1904. In the paintings of Picasso’s Blue Period (1901-04), the artist restricted himself to a cold, monochromatic blue palette, flattened forms, and emotional, psychological themes of human misery and alienation. This painting reﬂects the then twenty-two-year-old Picasso’s personal struggle and sympathy for the plight of the downtrodden.

On this episode of Art Institute Essentials Tour, take a closer look at The Bedroom, painted by Vincent van Gogh in 1889. Vincent van Gogh painted three versions, including this one, of his bedroom in the “Yellow House” in Arles, France. To van Gogh, this picture symbolized relaxation and peace. However, to our eyes the canvas seems to teem with nervous energy, instability, and turmoil—an effect heightened by the sharply receding perspective. 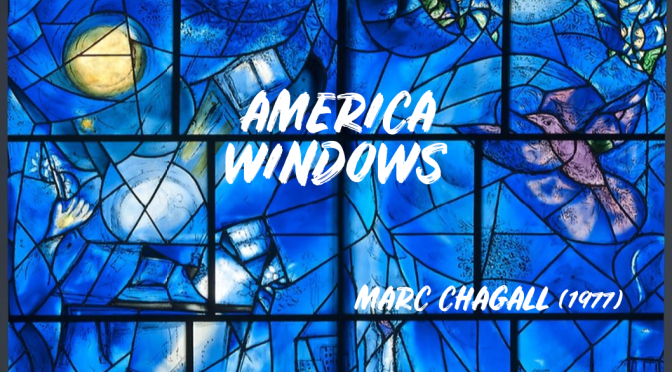 On this episode of Art Institute Essentials Tour, take a closer look at American Windows, created by Marc Chagall in 1977. Later in his life, the artist Marc Chagall turned to the medium of stained glass to explore intense color on a monumental scale. This six-panel work, created for the museum to commemorate America’s bicentennial, merges symbols of American history, the Chicago skyline, and the arts. 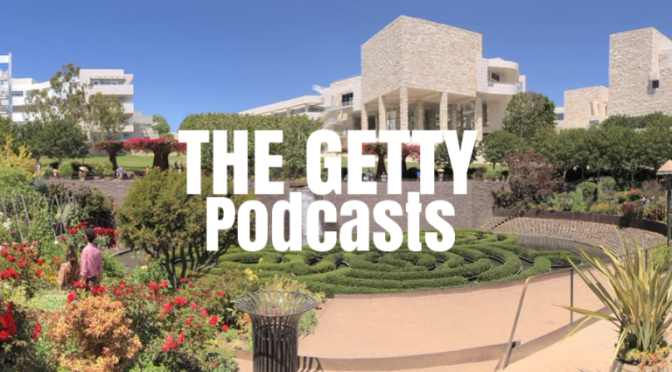 In this two-part series, six US museum directors discuss the pandemic and its repercussions for their institutions. These candid, insightful conversations address wide-ranging topics, from the logistical challenges of when to close and how to reopen to philosophical exchanges about the role of museums in society.

This first episode features Max Hollein of The Metropolitan Museum of Art in New York, Kaywin Feldman of the National Gallery of Art in Washington, DC, and James Rondeau of the Art Institute of Chicago.

This second episode features Matthew Teitelbaum of the Museum of Fine Arts, Boston, Ann Philbin of the Hammer Museum in Los Angeles, and Timothy Potts of the J. Paul Getty Museum.