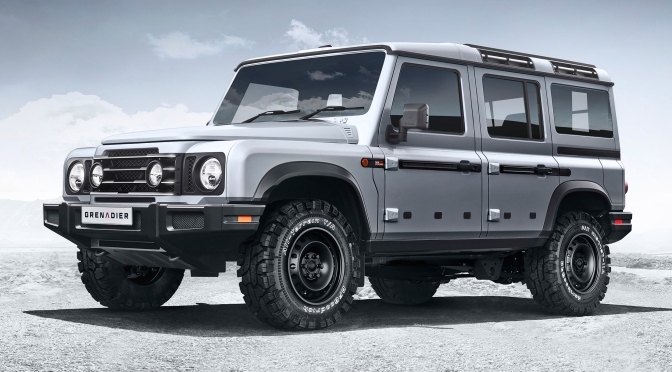 JUNE 30, 2020: INEOS Automotive today reveals the exterior design of the Grenadier, its forthcoming, no-nonsense 4×4 vehicle for the world, another step on the road towards start of production.

Built from the ground up on an all-new platform, the INEOS Grenadier has been designed on purpose: namely to meet the demands of its future owners for a rugged, capable and comfortable go-anywhere working vehicle.

“The brief was simple. We set out to design a modern, functional and highly capable 4×4 vehicle with utility at its core”, said Toby Ecuyer, Head of Design. “A design that is ‘easy-to-read’, with no ambiguity about the Grenadier’s role in life.  There to do everything you need, and nothing you don’t. Nothing is for show. Modern engineering and production techniques ensure the Grenadier is highly capable, but we have been able to stay true to the essence of creating a utilitarian vehicle that will stand the test of time”. 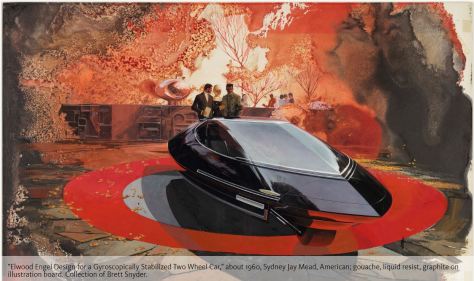 As Alfa Romeo celebrates its 110th anniversary in 2020, discover and relive the brand’s signature moments, from its first car in 1910 and first F1 championship in 1950 to this year’s limited-edition Giulia GTA and future Tonale concept crossover.

The higher demand for special bodies required a passage from a handcraft to an industrially-based organization. Elio Zagato found a larger location at 30 Via Arese in Terrazzano (northwest of Milan), very close to Arese where Alfa Romeo would have chosen soon to establish its new plants. In 1960 Ugo Zagato was awarded with the Compasso d’Oro design prize for the design of the Fiat Abarth 1000 Zagato. In this period the mission of Zagato was to design special bodies to be assembled in series and fitted with mechanical parts and interiors supplied by major constructors. Under the partnership with Alfa Romeo the Giulia SZ, the TZ, TZ2, 2600 SZ, the 1750 4R and the Junior Zagato were born. In partnership with Lancia, Zagato continued the “Sport” series with the Lancia Appia Sport, the Flaminia Sport and Super Sport, the Flavia Sport and Supersport and the Fulvia Sport and Sport Spider. In addition there were some for special customers: Osca, Lamborghini, Bristol, Rover, Honda and Fiat.

‘Project ZP’ proved the Jaguar E-type was as fast as it looked.

Although the response to the E-type was frenzied, Jaguar knew that more than a pretty face was required to secure the model’s future. Under the veil of ‘Project ZP’, seven of the earliest E-types were transformed into racers. And this particular car stands today as the best of the bunch… 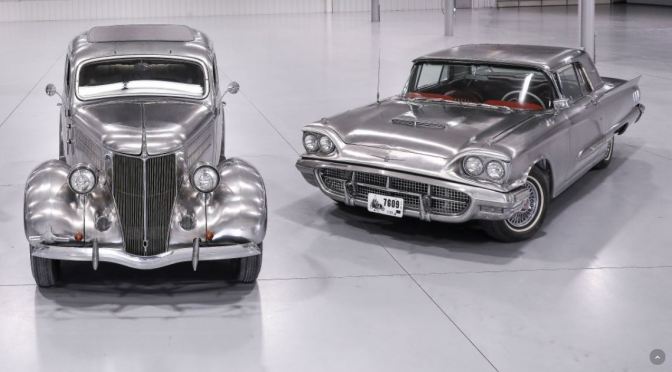 Of the six stainless steel cars that rolled off the Ford assembly line in Detroit in 1936, four exist today, including this example that was retained by Allegheny Ludlum – now known as Allegheny Technologies – itself. The company donated the 1936 Ford Deluxe Sedan with a brushed stainless steel body to the Heinz History Center in Pittsburgh, where it is on display as part of the permanent collection.

In 1935, executives at the Ford Motor Company and Pittsburgh-based Allegheny Ludlum Steel joined forces on the production of a solid stainless-steel car, a 1936 Deluxe Sedan. That car became the focal point of a campaign to showcase the extreme durability and aesthetic appeal of the new metal. Only six of the 1936 Fords were built in total and all were far from being simply promotional trailer-queens; each was to log over 200,000 miles in the hands of Allegheny Ludlum executives until their “retirement” in 1946, outlasting most of their non-stainless body parts and multiple engines is testament to the superiority of the dynamic metal.

Allegheny Ludlum and Ford would later collaborate on two more stainless models, the 1960 Thunderbird and 1967 Lincoln Continental Convertible. Just two Thunderbirds rolled off the assembly line in 1960, with bodywork formed from T302 stainless. Both retain their original exhaust systems today, after 60 years and more than 100,000 miles each. The 1967 Lincoln Convertible was the last of the stainless steel cars produced. Except for the vehicle’s body, all other parts and equipment on the car are standard for the 1967 Lincoln Convertible. Only three were made, once again proving that stainless steel’s enduring beauty is matched by its toughness.

“Astonishing” is the word we are looking to describe this BMW 507. A word we use a lot if it comes to selling classic cars, but only a little few deserve this ‘title’ like this 507 does. When an exceptional model, with an unique story, from what the historical documents are well archieved, it just makes us going crazy. Add matching numbers and -colors tot his list and we are losing it totally. That’s no different with this 507.

Max Hoffman convinced BMW that if they built a competitor to the Mercedes-Benz 300SL, he would sell it profitable in the United States. The BMW was intended to fill the gap between the affordable sports cars like the triumph and MG and the exclusive cars like the Mercedes-Benz 300SL and Ferrari 250 GT California. Though, BMW couldn’t achieve their target price, for what the BMW 507 was even more expensive than the 300SL. BMW found itself in a financial difficult situation and almost went bankrupt. At the end of the day, BMW recovered from this “failure” and the 507 even became a true flagship in the whole history of automotive.

In the ‘50s BMW disposed over all fundamental ingredients which would make the 507 complete. An all-aluminium 3.2-litre V8 engine was placed in a shortened chassis of the 502. This ingenious masterpiece produced no less than 150hp and sounds like a guitar solo in your ears. To save weigt, the body was made of aluminium, which results in a 1280kg’s for a fully finished 507. Besides the phenomenal results, BMW wanted to offer luxury as well. Both aspects are just spot on.

The Amphicar Model 770 is an amphibious automobile, launched at the 1961 New York Auto Show, manufactured in West Germany and marketed from 1961 to 1968. Production stopped in 1965.

Designed by Hans Trippel, the amphibious vehicle was manufactured by the Quandt Group at Lübeck and at Berlin-Borsigwalde, with a total of 3,878 manufactured in a single generation.

A descendant of the Volkswagen Schwimmwagen,[4] the Amphicar offered only modest performance compared to most contemporary boats or cars, featured navigation lights and flag as mandated by the US Coast Guard — and after operation in water, required greasing at 13 points, one of which required removal of the rear seat. 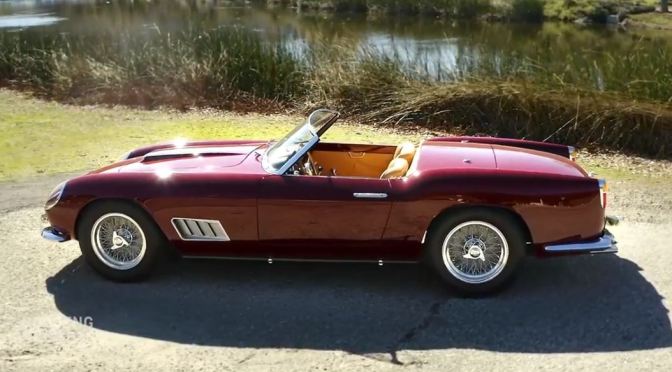 Join President David Gooding as he takes one of the all-time great Ferraris out on the open road. After successfully completing multiple editions of the California Mile and Colorado Grand and taking home top prizes from Cavallino Classic and Pebble Beach Concours d’Elegance®, the quality and beauty of 0937 GT is undeniable.

This outstanding covered headlight example will be offered at The Amelia Island 2020 auction with the ultra-rare factory hardtop.