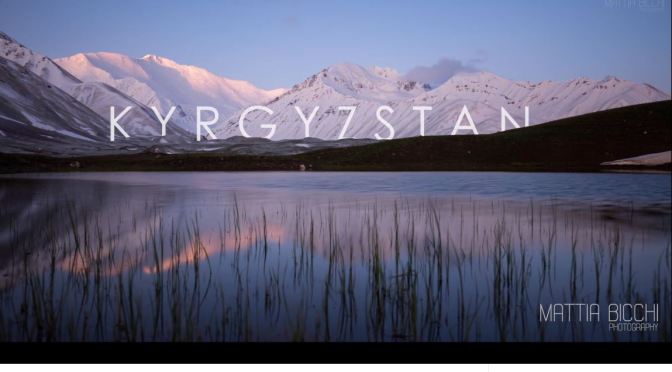 Filmed and Edited by: Mattia Bicchi

With this video, I want you to explore in ultra-high definition and through the technique of Timelapse, the incredible and variety of landscapes in this almost unknown country in Central Asia.

During the first part of the trip I explored with Visit Karakol and landscape photographers, Albert Dros, the south region around Lenin Peak, Arslanbob and Sary-Chelek, in the second part I hiked few days around Karakol Valley, visiting Ala-Kul an alpine lake at 3.500m and Sary-Jaz Valley close to China’s borders. My goal with this film is to inspire you to visit and explore this beautiful country, so I hope you will enjoy it as much as I enjoyed working on it.

Kyrgyzstan, officially the Kyrgyz Republic and also known as Kirghizia, is a country in Central Asia. Kyrgyzstan is a landlocked country with mountainous terrain. It is bordered by Kazakhstan to the north, Uzbekistan to the west and southwest, Tajikistan to the southwest and China to the east. 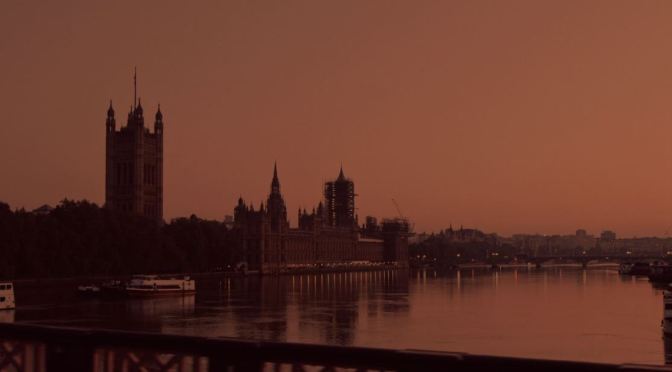 A film by Phil Arntz, Harry and James Miller

Shot around London in May 2020 during the Covid-19 Lockdown.

Peter Sellers was one of the twentieth century’s most astonishing actors. His meteoric rise to fame – from his beginnings with Spike Milligan on BBC Radio’s The Goon Show in the 1950s to his multiple Oscar nominations and status as Stanley Kubrick’s favourite actor – is equalled only by the endless complexities of his personal life – the multiple marriages, the chronic health problems, the petulant fits of rage, the deep insecurity, the unwise career choices and the long decline in his later years.

This film explores the life of this peerless actor and comedian, featuring interviews with family, friends, colleagues and critics, many of whom have never spoken out before. The film charts Sellers’s formative years backstage as part of his parents’ itinerant music hall revue group, his wartime service in India and Burma and his journey to global superstardom, where tales of his life backstage with the likes of Sophia Loren, Orson Welles and Alec Guinness were often more unbelievable than the roles they were playing out before the cameras. This is the story of the man who could play any role, apart from one – himself.

With contributions from family members, including second wife Britt Ekland and his daughters Sarah and Victoria, as well as former friends and girlfriends such as Sinead Cusack, Nanette Newman and Janette Scott, the film explores the life of Sellers with candour and affection. Colleagues like director Joe McGrath and actor Simon Williams recall tales of Sellers’s extravagant behaviour onset, and famous fans like Michael Palin, Steve Coogan and Hanif Kureishi reveal why they hold Sellers in such high esteem.

This is a film about family and how Sellers’s mercurial temperament has affected the generation that followed. His two surviving children Sarah and Victoria recall the challenges of growing up alongside his tempestuous mood swings, while his grandson Will explores the troubled legacy his grandfather left behind.

Soar beyond Iowa’s crops, towering silos, and old farmhouses to discover a state where promise stretches as far as its endless skies. This aerial tour celebrates such landmarks as the covered bridges of Madison County and John Wayne’s birthplace.

The federal government is spending big to combat the economic damage of the coronavirus crisis, and federal debt has climbed to record levels.

WSJ’s Jon Hilsenrath explains the debate over the impact of all that debt. 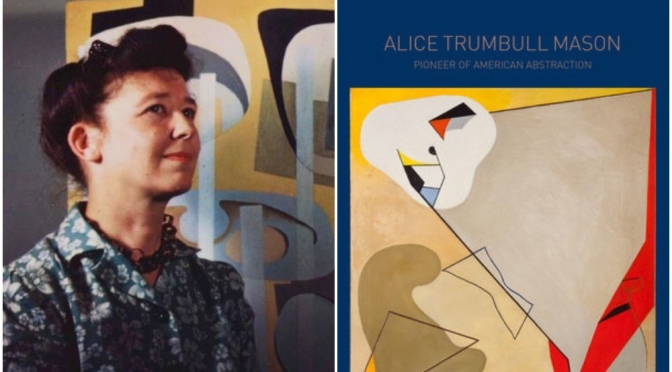 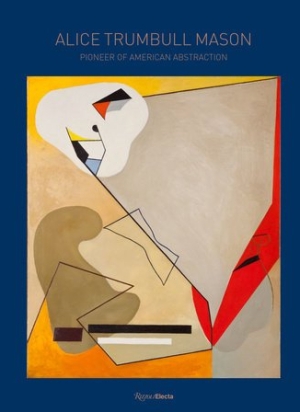 A groundbreaking artist, Alice Trumbull Mason (1904-1971) was one of the earliest painters of the twentieth century to embrace abstract painting in America. Mason’s early paintings have been compared to those of Gorky, Kandinsky, and Miró, and in 1936 she became a founding member of the American Abstract Artists (AAA) and one of its leaders in the promotion of abstract work by artists such as Josef Albers, Ad Reinhardt, Piet Mondrian, and many others. Mason was a true artist’s artist whose efforts helped lead to the great movements of later twentieth-century art, such as Abstract Expressionism, Pop Art, Post-Modernism, and Conceptual Art.

Alice Trumbull Mason features essays that illuminate and contextualize the artist’s multifaceted work and personal life through her paintings, prints, poetry, and letters. The book reveals the full life story of a seminal abstractionist, making a sound argument for adding her to the annals of great twentieth-century artists.

Elisa Wouk Almino is senior editor of Hyperallergic. Marilyn Brown is professor emerita of art history at the University of Colorado, Boulder, and Tulane University. Meghan Forbes is a postdoctoral fellow in the Leonard A. Lauder Research Center for Modern Art at the Metropolitan Museum of Art in New York. Will Heinrich writes about art for The New Yorker and the New York Times. Thomas Micchelli is an artist, writer, and coeditor of Hyperallergic Weekend. Christina Weyl is an art historian and curator with a focus on midcentury American printmaking and women artists. 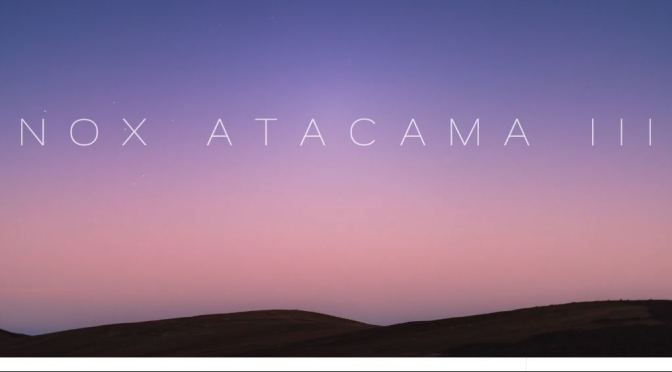 Home to the darkest and cleanest skies in the world, the Atacama Desert offers views to the nightsky like no other. 2 years after the very successful first video “Nox Atacama” we return to this magnificent region and get rewarded with uncountable numbers of stars and fantastic nebulae in one of the most quiet a empty places on earth. Not a single noise distracts from the grand show the nightsky has to offer. “Nox Atacama II” was also filmed in this period.

Filmed over a month in Mar/April 2019, I worked in freezing temperatures, altitudes up to 5200m/17000ft, salt lakes and icy slopes. The Atacama is not welcoming to life and equipment. The lack of oxygen makes it tough to get anything done in these high altitudes. But it provides without doubt for epic and vast vistas of one of the greatest landscapes on earth.

Lara Lee, the author of the new cookery book ‘Coconut & Sambal’, shares one of her favourite recipes. 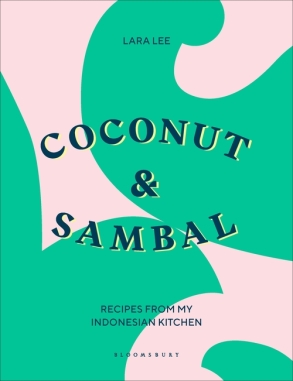 Be transported to the bountiful islands of Indonesia by this collection of fragrant, colourful and mouth-watering recipes.

‘An exciting and panoramic selection of dishes and snacks’
– Fuchsia Dunlop, author of The Food of Sichuan

‘Start with Lara’s fragrant chicken soup, do lots of exploring on the way whilst dousing everything with spoonfuls of sambal, and end with her coconut and pandan sponge cake’
– Yotam Ottolenghi, author of SIMPLE

Coconut & Sambal reveals the secrets behind authentic Indonesian cookery. With more than 80 traditional and vibrant recipes that have been passed down through the generations, you will discover dishes such as Nasi goreng, Beef rendang, Chilli prawn satay and Pandan cake, alongside a variety of recipes for sambals: fragrant, spicy relishes that are undoubtedly the heart and soul of every meal.Lara uses simple techniques and easily accessible ingredients throughout Coconut and Sambal, interweaving the recipes with beguiling tales of island life and gorgeous travel photography that shines a light on the magnificent, little-known cuisine of Indonesia.

What are you waiting for? Travel the beautiful islands of Indonesia and taste the different regions through these recipes.

Filmed and Directed by: Oliver Astrologo

With its insanely clear waters, lagoons, waterfalls and gigantic jungles Raja Ampat is beyond your imagination. There is an unparalleled richness in wildlife and it’s not a coincidence that this gem is home of three-quarters of all known coral species in the world, but this place could be soon in danger. Over the last few years there’s been a noticeable increase in the amount of trash especially plastic in #RajaAmpat waters – Watch the video until the end to see more.

Every day approximately 8 million pieces of plastic pollution find their way into our oceans. Plastics consistently make up 60 to 90% of all marine debris studied. Today, marine conservation is considered one of the greatest scientific problems on our planet. Ecosystems have changed irreversibly, ocean management is fragmented and oceans are managed independently of the terrestrial (land) environment. Nonetheless, given that 71% of our planet is covered by water, the state of our waterways is now one of our most pressing issues.

With its 300 floors THE LINK will reach the maximum height of 1200 meters. The project combines sustainability with population density, and it aims to build up a zero-energy city-building. The city-forest is made of 4 main towers, connected one each other, equipped with green areas on each level, natural light and ventilation. 100% green transport systems. The vertical city allows its residents to get into a healthier lifestyle, in connection with natural elements, re-thinking the traditional concept of community and society.

Using an urban operating system with an AI (Artificial Intelligence), the vertical city will be able to manage the global city temperature, levels of CO2 and humidity, will control the global lighting system, and will storage extra energy produced by solar panels and other renewable energy resources.