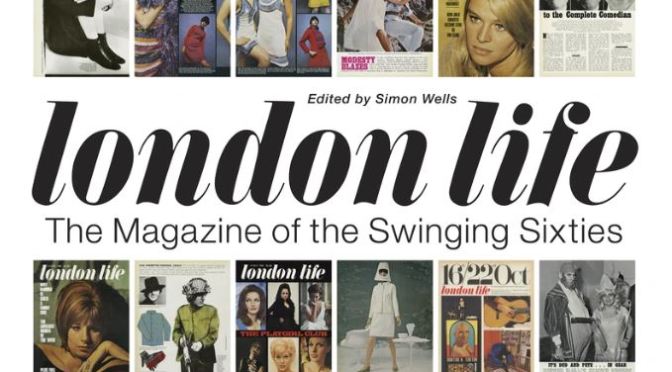 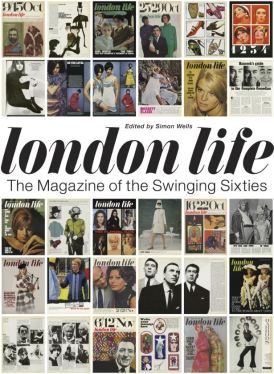 With imagery from the likes of David Bailey, Duffy and Terence Donovan, designs from Peter Blake, David Hockney, Gerald Scarfe and fledgling artist Ian Dury plus words and opinions from those riding high on the city`s cutting-edge, London Life remains the coolest document from the capital’s most exciting period.

While many books, films and documentaries claim to have captured the phenomenon that was Swinging London, just one magazine was present in the capital during the 1960s to illustrate this extraordinary moment as it unravelled. London Life emerged in October 1965 and, over the next fifteen months, would document the capital s action at its absolute zenith.

Collected for the first time, including forewords from Peter Blake and David Puttnam and a scene-setting introduction from Simon Wells, London Life offers a remarkable and candid view on a period when London was the creative hub of the world.

Robert Conrad, the actor best known for his role in the television show The Wild Wild West, died today in Malibu, Calif. of heart failure. He was 84 and his death was announced by a family spokesman. Born in Chicago, Illinois, Conrad moved to Los Angeles in 1958 and found almost instant success, booking a recurring role on the TV show Hawaiian Eye in 1959. 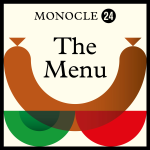 It is called SÁLA and it bears the Chef surname because here he wants to receive us as if it were the dinning room of his own house. An intimate space, where the open kitchen invites you to know the chef’s suggestions. Here the flavors will go on to the rhythm of the seasons. In a room that will seat 34 diners with a cleaned and luminous portuguese interior design.

The space is dominated by light and bright wood. This Pombaline room recovered by the ForStudio architecture studio highlights a decorative element, a central area in brushed brass. This element ties in perfectly with the other colors present in the menu and in other remarks: gold over blue.

The kitchen has been going through the life of João Sá since forever. At 12 he was already creating gastronomic events at school and at age 14, his interest in everything that was practical and manual took him to the Estoril Turism and Hospitality  School. It was an early entry into the demanding kitchen world and the path was intense and pulse-free.

‘The sports stars of today are the movie stars of yesterday,’ proclaimed the artist. It was true; thanks to rapid advances in TV broadcasting, sporting champions in the 1970s were starting to achieve the same level of popularity as other entertainers.

In 1977, Richard L. Weisman approached his friend Andy Warhol with the idea for a new series: a set of silkscreen portraits of the day’s leading sports stars. Called ‘Athletes’, these pictures have come to be regarded as some of the standout works of Warhol’s later years.

Weisman (1940-2018) was a dedicated collector, and the two men bonded mostly over art, although they also crossed paths regularly at social gatherings across New York. On some occasions, these gatherings were held at Warhol’s Factory studio; on others, at Weisman’s apartment on United Nations Plaza.

Filmed and Edited by: Martien Janssen

Bali ‘Island of Gods’ is a timelapse movie of one of my favorite islands. As cliché as Bali might sound (everyone’s visiting Bali these days) it is an island like no other, with gorgeous nature and wonderful landscape, kind people, great food and an expression of their culture unlike any other place. Bali is many things and your trip is what you make of it. Staying in the south at the beaches is totally different from staying at Ubud, or the east or the north. My advice, stay somewhere quiet, get a nice room, rent a motorbike and explore it yourself. 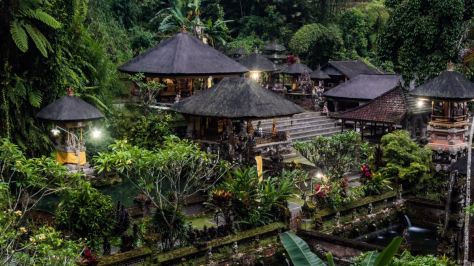 Even though I’ve visited many great places, Bali remains one of my favorites. I spend 2 months here working a movie project, using my different cameras and techniques. I had such cool plans for it. I had a new DJI Osmo with me, my drone. I planned to shoot a lot in slow motion, so I could manipulate time in my movie. Two months I spent shooting mornings till nights, without really checking my footage on the laptop enough.

Democratic presidential candidates clashed in a televised debate in New Hampshire on Friday night at the end of a week dominated by the Iowa caucuses chaos and Donald Trump’s acquittal. Attacks were focused against Pete Buttigieg and Bernie Sanders, the two candidates who declared victory in Iowa, as the hottest topics discussed were healthcare and race. 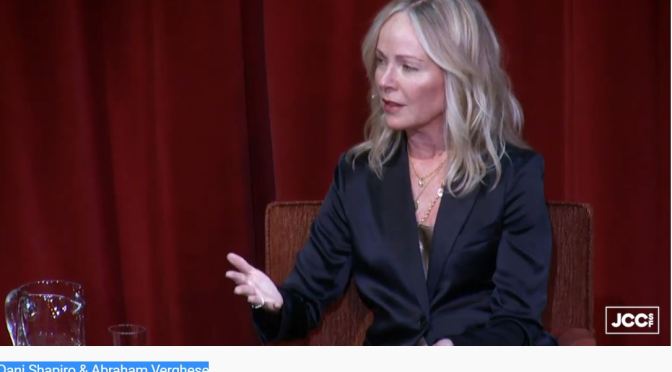 What makes us who we are? What combination of memory, history, biology, experience and that ineffable thing called the soul defines us?

In 2016, celebrated writer and memoirist Dani Shapiro took a genetic test on a whim, believing that she knew her history well – the daughter of Orthodox Ashkenazi Jews, raised on her father’s stories of their family and ancestors. But her DNA revealed that the man she’d known as her father for her whole life was not biologically related to her. With this news, her history – and the entire life she had lived – suddenly crumbled beneath her.

Dani Shapiro is an American writer who is the author of five novels and the best-selling memoirs Inheritance, Hourglass, Slow Motion, and Devotion. She has also written for magazines such as The New Yorker, The Oprah Magazine, Vogue, and ELLE.