From a Wall Street Journal online article by Sarah Krouse:

In medicine, measuring slight changes in voice is starting to help doctors detect the onset of diseases like Parkinson’s or more quickly measure the efficacy of treatments for illnesses like depression, researchers say.

Slower speech, for example, could indicate fatigue or sorrow at one point in time, but over longer periods could signal something more severe, co-founder Jim Harper said.

That voice-based data isn’t yet robust enough to base medical decisions on alone, but is being used alongside clinical trials for drugs to treat depression, Mr. Harper said.

The sound of your voice is becoming a new type of fingerprint.

To read more click on the following link: https://www.wsj.com/articles/what-your-voice-reveals-about-you-11565716426

From a Wall Street Journal online article by Margot Dougherty:

JAMES BEARD AWARD-WINNING RESTAURANTS   line cobblestone streets, breweries turn out serious suds and the lobster roll is in a constant state of upscale reinvention. Portland, Maine, is a food-lover’s fantasyland, but the culture goes well beyond the plate. Works by Renoir, Homer and Picasso hang at the Portland Museum of Art, and Mother Nature puts on an all-seasons show. Set on the water—the Casco Bay islands make for picturesque day trips—the former capital of the state is rife with trails winding through its parks and promenades. Visitors are prone to mid-hike epiphanies: Why not live here? Soon after novelist Richard Russo and his wife, Barbara, moved to town, daughters Kate and Emily followed. Emily opened PRINT, a bookstore in artsy Munjoy Hill. “Our roots in Portland are very deep,” said Mr. Russo, whose new book, “Chances Are…” was written there. “I can’t think what would get us out of here now.” 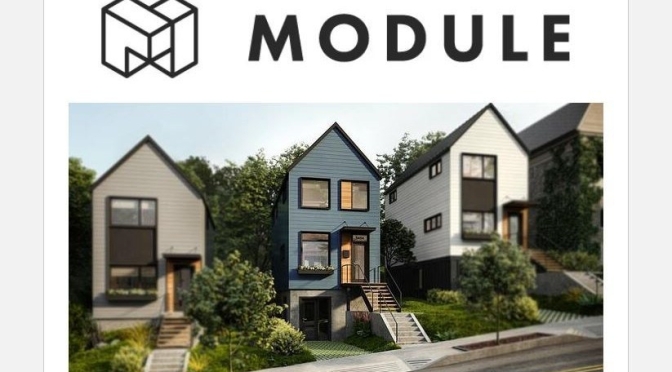 Fabricated off-site with the dependability of 21st century manufacturing. The home is a Zero Energy Ready Home, which “represents a whole new level of home performance, with rigorous requirements that ensure outstanding levels of energy savings, comfort, health, and durability.”

Basically, these homes must all have six key components:

From a ThatInventions.com online posting:

The DuoPot’s premium glass body, pure and clear, is a new kind of visual sensation, while the clean chiseled stainless steel inside exudes sophistication and chic.  Together, they emanate a quiet beauty that incites love at first sight.  But the flippable filter design is really what all the raving is about, with its ability to brew coffee or tea with a simple twist of the wrist!  No more hassles with switching your drinking apparatus.  No more headaches with finding yet more storage space!  Delight your life with ingenuous design and lose yourself in the joy of making that perfect cup.

THAT! Inventions, the kitchenware company that consistently amazes, recently introduced yet another pleasant surprise: a glass pot that brews coffee… and tea!  With an elegant, clever design that beguiles and delights, it brings a brand new level of convenience and fun to anyone who love both coffee and tea.

To read more click on the following link: https://www.thatinventions.com/blogs/news/that-duopot-enjoy-a-life-on-the-flip-side-where-you-can-have-it-both-ways 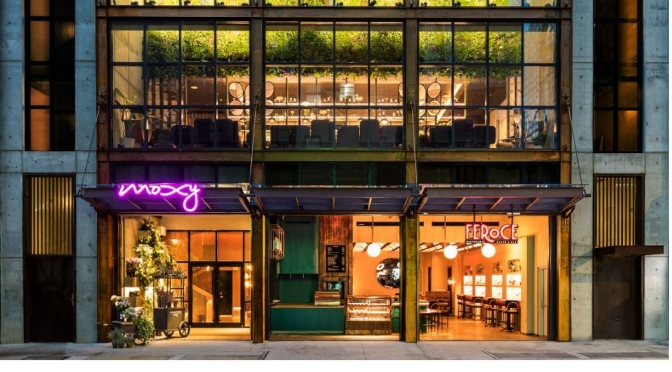 From a Dezeen.com online review:

Guests are able to check themselves in at the Yabu Pushelberg-designed reception behind the flower store – forming part of the Moxy’s stripped-back approach to hospitality. Desks hang down from the ceiling while neon signs flash slogans related to flowers.

As with the Moxy Times Square, the firm’s design uses custom furnishings to make the most of the limited space. Each room features built-in wooden beds, which range from king, queen, double and bunk beds depending on the layout.

Chairs and tables can be folded away and hung from wooden wall pegs, which are also used to hang clothes in lieu of cabinets. Additional storage drawers are slotted underneath the beds.

Yabu Pushelberg and Rockwell Group have created a mix of floral and zany bars, restaurants, workspaces, and space-saving bedrooms inside this New York hotel.

Developed by Lightstone, the 349-room hotel is the latest outpost of Moxy – a subsidiary of hospitality company Marriott that aims to be affordable without compromising on style. 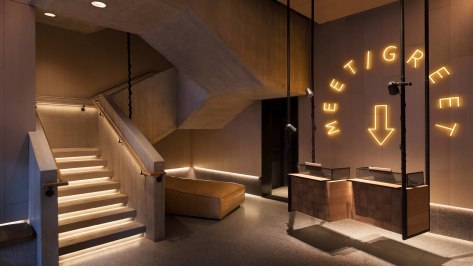 The pass road over the Gotthard can only be described as breathtaking. The route from the canton of Uri to Ticino leads through the wild Schöllenen Gorge with its fabled Devil’s Bridge up to the top of the pass at 2,107 metres above sea level and over the cobblestoned Tremola Road with its 24 spine-tingling switchbacks down into Ticino.

Chronic Pain: Observations as Patient and Provider About What Works          (…And What Doesn’t)

Dr. Grace Dammann, medical director of the Pain Clinic at Laguna Honda Hospital, and seven of her colleagues talk about what does and does not work in the treatment of chronic pain. She talks as both a patient and a provider. There is also a discussion of various non-pharmacologic and complementary medicine modalities to treat pain.