CNBC Marathon revisits General Motors’ shift into the electric vehicle market. GM is one of the largest automakers in the world with a range of models falling under its four brands, Chevy, Buick, Cadillac, and GMC.

The automaker made its name selling gas burning cars but in January 2021, it made a stunning announcement. The company said it “aspires to eliminate tailpipe emissions from new light-duty vehicles by 2035.” This means that GM intends to stop selling gas-burning cars. General Motors says it wants to lead electric vehicle sales in North America by 2025, and vows that its new Ultium battery platform will drive that dominance.

Not only are cars going electric but so are boats. General Motors recently invested $150 million in one start-up, Pure Watercraft, to build an electric pontoon boat. And several others are working to bring their own battery-powered offerings to market. CNBC Marathon brings together the best of CNBC on YouTube. 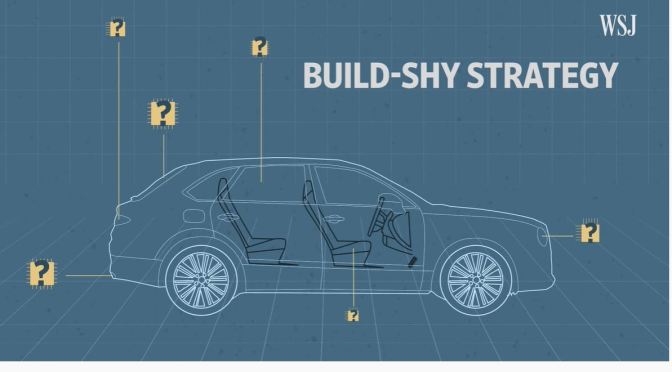 The number of semiconductors in a modern car, from the ignition to the braking system, can exceed a thousand. As the global chip shortage drags on, car makers from General Motors to Tesla find themselves forced to adjust production and rethink the entire supply chain. Illustration/Video: Sharon Shi

General Motors plans to phase out nearly all of its gas and diesel vehicles by 2035. Leading that transition is the first fully electric Cadillac. WSJ’s Mike Colias visited a GM testing site for a ride and an exclusive interview with GM’s President Mark L. Reuss. Photo Illustration: Alexander Hotz 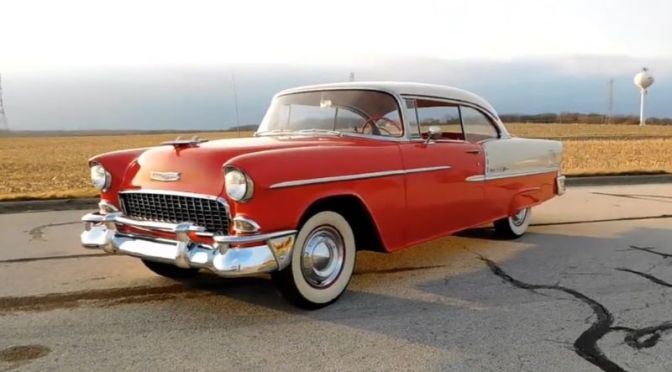 The 1955 Chevrolet (sometimes referred to as ‘55 Chevy) is an automobile which was introduced by Chevrolet in Autumn 1954 for the 1955 model year. It is considered a huge turning point for the manufacturer and a major success. It was available in three models: the 150, 210, and Bel Air.

The Bel-Air or 210 model could also be had as a two door with no post between the side windows. This was known as the sport coupe, or better known by collectors as “the two door hardtop”. Since this model had no post between the two side windows, it had a shorter roof and longer rear deck than the two door sedan had. Chevy also offered a convertible, with the same shorter roof and longer rear deck as the sport coupe, and it was offered in Bel-Air trim only.

1955 also saw the introduction of the Bel Air Nomad, a sporty two-door station wagon which featured frameless door glass and elongated side windows. The unique roof design of the Nomad came directly from the 1954 Corvette Nomad, a “dream car” designed to be shown at auto shows as a concept sport wagon. Although regarded as one of the most beautiful station wagon designs of Fifties, the Nomad sold poorly, partly due to its price tag (one of the most expensive models in the Bel Air lineup) as well as its lack of four doors. Also the Nomad’s two-piece tailgate design was prone to let excess rainwater leak through to the interior.

The ’55 offered a wide array of colors. One solid color, which was standard for the 150, could be had for the 210 or Bel Air…or nineteen different two-tone color combinations were also available.

The Buick Skylark is a passenger car produced by Buick. The model was made in six production runs, during 46 years, over which the car’s design varied dramatically due to changing technology, tastes and new standards implemented over the years.

Created to mark Buick’s 50th anniversary, the Roadmaster Skylark joined the Oldsmobile 98 Fiesta and Cadillac Series 62 Eldorado as top-of-the-line, limited-production specialty convertibles introduced in 1953 by General Motors to promote its design leadership. Of the three, the Skylark’s run of 1,690 units proved the most successful, and an amazing sales feat considering the car’s 1953 list price of slightly in excess of US$5,000 was over 50% more than the well-equipped US$3,200 Roadmaster convertible on which it was based. Nevertheless, many languished in dealer showrooms and were eventually sold at discount.

Production ran for two years. Based on the model 76R two-door Roadmaster convertible, the 1953 Skylark (designated model 76X) had identical dimensions (except height), almost identical appearance, shared its drive train, and had all its standard equipment, plus its few remaining options, including power windows, power brakes, full carpeting, and a “Selectronic” AM radio. Only A/C was not offered, unnecessary in either convertible. 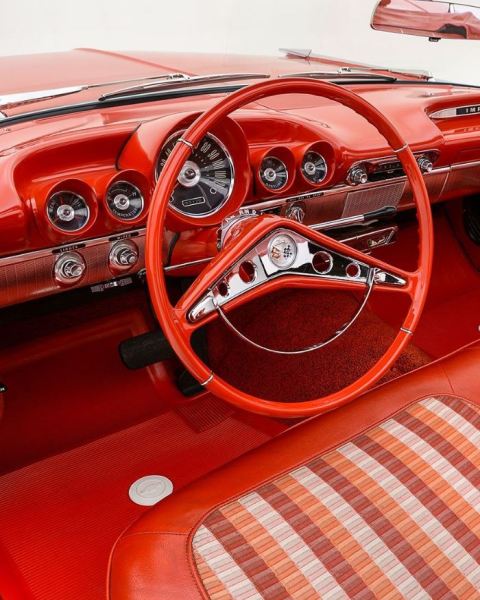 The Chevrolet Impala is a full-size car built by Chevrolet for model years 1958 to 1985, 1994 to 1996, and 2000 onward. The Impala is Chevrolet’s popular flagship passenger car and is generally among the better selling American made automobiles in the United States.

The 1959 Chevrolet Impala was redesigned. Sharing bodyshells with lower-end Buicks and Oldsmobiles as well as with Pontiac, part of a GM economy move, the Chevrolet’s wheelbase was 1-1/2 inches longer. Using a new X-frame chassis, the roof line was three inches lower, bodies were two inches wider, and curb weight increased. Its tailfins protruded outward, rather than upward. The taillights were a large “teardrop” design at each side, and two slim-wide nonfunctional front air intake scoops were added just above the grille,

The Impala became a separate series, adding a four-door hardtop and four-door sedan, to the two-door Sport Coupe and convertible. Sport Coupes featured a shortened roof line and wrap-over back window. The standard engine was an I6, while the base V8 was the carryover 283 cu in (4.6 L), at 185 hp (138 kW). Optional were a 283 cu in with 290 hp (220 kW) and 348 cu in (5.7 L) V8 up to 335 hp (250 kW). Standard were front and rear armrests, an electric clock, dual sliding sun visors, and crank-operated front vent windows. A contoured hooded instrument panel held deep-set gauges. A six-way power seat was a new option, as was “Speedminder”, for the driver to set a needle at a specific speed and a buzzer would sound if the pre-set was exceeded.

The all-electric First Ever GMC HUMMER EV leads a quiet revolution – with zero emissions and zero limits. It earns its super truck status with up to: