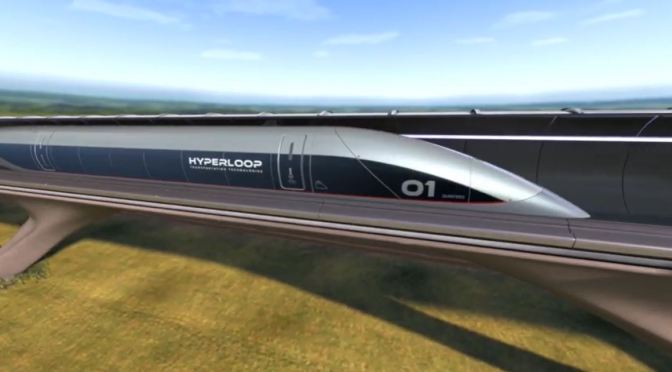 Zaha Hadid Architects (ZHA) has signed an agreement with Hyperloop Italia to jointly design its next phase of work.

The combination of energy from renewable sources and regenerative braking systems allows Hyperloop’s infrastructure to produce more energy than it consumes. Air-conditioned passenger capsules travel in sealed tubes and are unaffected by external conditions.

While Tesla and others already offer assisted-driving features, startups Waymo, Cruise, TuSimple and Aurora are betting their autonomous vehicles will make driving a thing of the past. WSJ asked them about safety and other challenges they face. Photo composite: George Downs

As tech companies become a key part of the auto industry, cars are looking more like giant computers on wheels. To understand why a tech giant like Apple might want to make a car, we built one out of iPhone parts. Photo illustration: Alex Kuzoian/WSJ

Fully autonomous cars are the future of transportation. And car makers have been releasing what they believe that future will look like one day. Here is a compilation of some of those visionary concepts.

Rolla is a new way to travel the city.

An airport for flying cars will thrust the English city of Coventry into the future later this year, with a project aimed at demonstrating how air taxis will work in urban centers.

Airbus has revealed three concepts for the world’s first zero-emission commercial aircraft which could enter service by 2035. These concepts each represent a different approach to achieving zero-emission flight, exploring various technology pathways and aerodynamic configurations in order to support the company’s ambition of leading the way in the decarbonisation of the entire aviation industry.

All of these concepts rely on hydrogen as a primary power source – an option which Airbus believes holds exceptional promise as a clean aviation fuel and is likely to be a solution for aerospace and many other industries to meet their climate-neutral targets.

The three concepts – all codenamed “ZEROe” – for a first climate neutral zero-emission commercial aircraft include:

•A turbofan design (120-200 passengers) with a range of 2,000+ nautical miles, capable of operating transcontinentally and powered by a modified gas-turbine engine running on hydrogen, rather than jet fuel, through combustion. The liquid hydrogen will be stored and distributed via tanks located behind the rear pressure bulkhead.

• A turboprop design (up to 100 passengers) using a turboprop engine instead of a turbofan and also powered by hydrogen combustion in modified gas-turbine engines, which would be capable of traveling more than 1,000 nautical miles, making it a perfect option for short-haul trips.

• A “blended-wing body” design (up to 200 passengers) concept in which the wings merge with the main body of the aircraft with a range similar to that of the turbofan concept. The exceptionally wide fuselage opens up multiple options for hydrogen storage and distribution, and for cabin layout.

Zoox Unveils Autonomous, Fully-Functional Taxi Of The Future. It can operate for 16 hours straight on a single charge, without the need for a driver.

Testing and AR After getting acquired by Amazon in the middle of this year, Zoox unveils its first fully functional, electric autonomous vehicle. The company, which is an independent subsidiary under Amazon, said that this driverless taxi is designed for dense and urban environments.

According to the release, Zoox was founded in 2014 and used a combination of artificial intelligence, robotics, vehicle design, and sustainable energy to reinvent personal transportation. They envision a safer, cleaner, and more enjoyable future for everyone. Zoox robotaxi has a carriage design and can accommodate up to four passengers seated face-to-face. Yes, there isn’t any steering wheel as the taxi is completely driverless. Apart from that, it can reach speeds of up to 75 miles per hour (121 kilometers per hour), as well as offers bidirectional capabilities and four-wheel steering. At only 3.63 meters (12 feet) long, it is compact enough to fit tight spaces and can change directions without the need to reverse. Power comes from a 133 kWh battery, which allows Zoox’s robotaxi to operate for 16 straight hours on a single charge. This battery capacity is one of the biggest available in the market as of date.

Apart from those, the Zoox autonomous taxi is claimed to bear 100 safety features that aren’t found on normal vehicles with drivers. These tech toys include an envelope airbag for carriage seating, touted as an equivalent to a five-star crash safety rating for all four seats. The vehicle also uses a combination of cameras, radar, and LIDAR to have a 270-degree field of view on all four corners of the vehicle, virtually eliminating all blind spots. The Zoox driverless taxi is currently in its testing phase in Las Vegas, San Francisco, and Foster City.

As much of the aviation industry fights to survive the coronavirus pandemic, some economists and engineers see the crisis as an opportunity to use stimulus funds to propel air travel to a carbon-neutral future.