An exhibition many have called “the art show of the year” are now on display at the Isabella Stewart Gardner Museum in Boston. It includes a collection of masterworks by Titian, which have not been seen together in more than 400 years. Special correspondent Jared Bowen, of WGBH, takes a look as part of our arts and culture series, “CANVAS.” 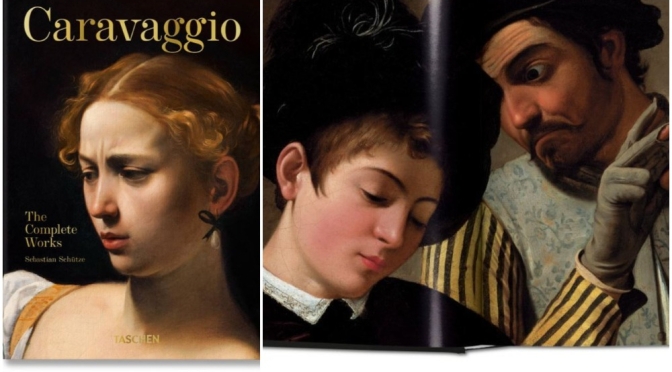 Caravaggio, or more accurately Michelangelo Merisi da  Caravaggio  (1571–1610), was always a name to be reckoned with. Notorious bad boy of Italian painting, the artist was at once celebrated and controversial: violent in temper, precise in technique, a creative master, and a man on the run. Today, he is considered one of the greatest influences in all art history.

This edition offers a neat and comprehensive Caravaggio catalogue raisonné. Each of his paintings is reproduced from recent top-quality photography, allowing for a vivid encounter with the artist’s ingenious repertoire of looks and gestures, as well as numerous detail shots of his boundary-breaking naturalism. Five accompanying chapters trace the complete arc of Caravaggio’s career from his first public commissions in Rome through to his growing celebrity status and trace his tempestuous personal life, in which drama loomed as prominently as in his canvases.

Sebastian Schütze was a longtime research fellow at the Bibliotheca Hertziana (Max Planck Institute for Art History) in Rome. He is a member of the academic board of the Istituto Italiano per gli Studi Filosofici in Naples, and a member of the Österreichische Akademie der Wissenschaften. From 2003 to 2009 he held the Bader Chair in Southern Baroque Art at Queen’s University in Kingston. In 2009 he was appointed professor of early modern art history at Vienna University.

Painted in 1919 after the artist fled Paris for the south of France, ‘Jeune Fille en Bleu’ is one of the finest works from the penultimate year of Amedeo Modigliani’s life. In this episode of Expert Voices, Sotheby’s Senior Specialist Simon Stock explains how the search for new subjects in this new location saw Modigliani depicting informal models found in local bars and shops. This portrait captures the serenity of the young girl sitter and we see all the recognisable traits of Modigliani’s late work: the simplified human form, the elongated neck and the vacant eyes.

Amedeo Clemente Modigliani was an Italian Jewish painter and sculptor who worked mainly in France. He is known for portraits and nudes in a modern style characterized by a surreal elongation of faces, necks, and figures that were not received well during his lifetime, but later became much sought-after.

A film about the Exhibition “After Raphael. 1520 – 2020” at the State Hermitage Museum. Director of the film – Manas Sirakanyan. The film was made with the support of the U.S. Ambassadors Fund for Cultural Preservation, U.S. Embassy Moscow and the Hermitage Museum Foundation (USA)

Raphael is the most influential artist of the Modern Era. Over the course of five centuries, exponents of Mannerism and Academicism, Caravaggisti and masters of the Baroque, Romantics and Modernists have invariably compared their own work with Raphael’s legacy. What is the cause of such fame? What did his name represent in this or that historical period, and what does it represent today? What connects the artist’s followers in different centuries? The exhibition in the Hermitage is an attempt to answer those questions and to look at the art of the past 500 years through the lens of Raphael’s influence.

The large-scale display includes more than 300 exhibits – paintings, graphic art, sculpture and applied art from the Hermitage’s own stocks and twelve other collections in Russia and Western Europe. They include both famous masterpieces and previously unknown works. Dozens of paintings and pieces of graphic art are leaving the museum’s storerooms and being presented to the public for the first time, while a whole number of the exhibits are going on show after painstaking restoration in the Hermitage’s workshops.

The display opens with works by the master himself: a painting and drawings from European collections. Without claiming to be a full representation of the artist’s oeuvre, they serve to set the tone, as it were, and after viewers have “tuned themselves in” it will be easier for them to identify echoes of Raphaelesque harmony in the works from later centuries. The choice of graphic art for this purpose reveals another dimension to the main metaphor: it is specifically the beauty of the clear, precise line, so evident in the drawings made by the master’s own hand, that lies at the foundation of the aesthetics of Raphael himself and many of his followers.

Join exhibition curators Desmond Shawe-Taylor and Isabella Manning as they tour the highlights of the exhibition ‘Masterpieces from Buckingham Palace’. With an introduction from Director of the Royal Collection Tim Knox.

The exhibition brings together some of the most important paintings in the Royal Collection from the Picture Gallery at Buckingham Palace. Usually on public view during the annual Summer Opening of the Palace, the paintings will be shown in The Queen’s Gallery while Reservicing works are carried out to protect the historic building for future generations. The Picture Gallery was originally designed by the architect John Nash for George IV to display his collection of Dutch, Flemish and Italian Old Master paintings. Artists represented in the exhibition include Titian, Guercino, Guido Reni, Vermeer, Rembrandt, van Dyck, Rubens, Jan Steen, Claude and Canaletto. 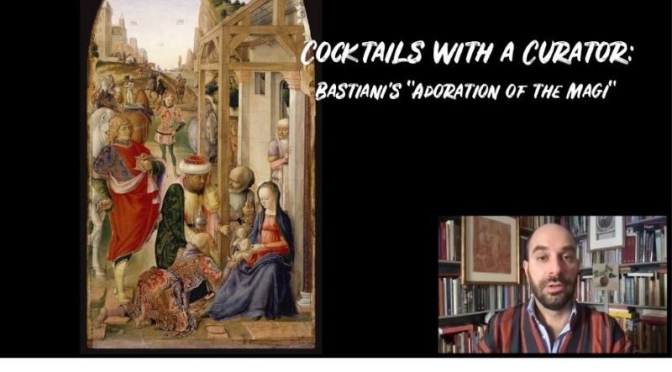 In this week’s episode of “Cocktails with a Curator,” celebrate the Yuletide with Deputy Director and Peter Jay Sharp Chief Curator Xavier F. Salomon as he takes a closer look at Lazzaro Bastiani’s “Adoration of the Magi.” Acquired from Pierpont Morgan’s heirs in 1935—the year The Frick Collection opened to the public—this fascinating picture shows the gift-toting kings on different stages of their journey from Jerusalem to Bethlehem. A contemporary of Giovanni Bellini, Bastiani was considered the artist’s equal at the time and commanded similar prices for his pictures. Explore the work of this magnificent but under-appreciated artist while enjoying a festive Cranberry Bourbon cocktail—Merry Christmas!

Lazzaro Bastiani was an Italian painter of the Renaissance, active mainly in Venice. He was born in Padua. He is first recorded as a painter in Venice by 1460 in a payment for an altarpiece of San Samuele, for the Procuratori di San Marco. In 1462 he was paid at the same rate as Giovanni Bellini. 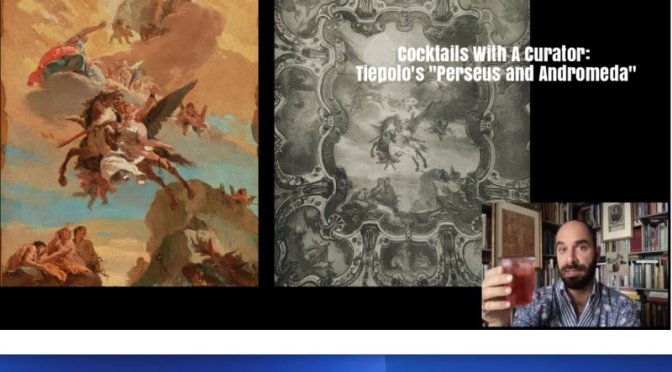 In this week’s episode of “Cocktails with a Curator,” Deputy Director and Peter Jay Sharp Chief Curator Xavier F. Salomon considers the fragility of art in the context of the Frick’s “Perseus and Andromeda” by Giambattista Tiepolo. This depiction of the Greek demigod saving Andromeda from a sea-monster is a preparatory sketch for a series of ceiling frescoes at Palazzo Archinto in Milan that were destroyed during an Allied bombing in 1943. The painting was featured in an acclaimed 2019 exhibition at the Frick that brought together the surviving preparatory works and pre-war photography to tell the story of these lost masterpieces. This week’s complementary cocktail is a Milanese Gin and Tonic.

To view this painting (or object) in detail, please visit our website: https://www.frick.org/perseusandromedaSHOW LESS

He went on to become a highly respected portraitist, counting Kaiser Wilhelm II of Germany, Benito Mussolini and opera star Lina Cavalieri among his subjects. In Coy’s view, however, his portraits were relatively conventional offerings — and Corcos’s ‘best work’ was his turn-of-the-century imagery of ‘dangerously independent women’.

Compare the biographies of Vittorio Corcos (1859-1933) and Amedeo Modigliani (1884-1920), and a remarkable number of similarities become apparent. Both were born into Jewish families in the Italian port city of Livorno in the second half of the 19th century; both would settle — and artistically come of age — in Paris. Both would even excel at the same type of paintings: their provocative depictions of women.

Their reputations, however, have suffered widely different fates. Modigliani, who struggled to sell much work before his death at the age of 35, is today regarded as a master of Modernism. Corcos, by contrast, who enjoyed a long and prosperous international career, posthumously became a rather forgotten figure.