A selection of three essential articles read aloud from the latest issue of The Economist. This week, how to make a social safety net for the post-covid world, the lessons of Fukushima (9:) And two nations under God (16:30). 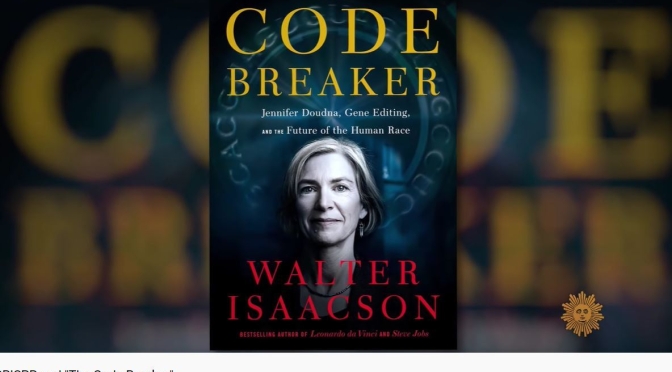 Visionary biochemist Jennifer Doudna shared the Nobel Prize last year for the gene-editing technology known as CRISPR (Clustered Regularly Interspaced Short Palindromic Repeats), which has the potential to cure diseases caused by genetic mutations. Correspondent David Pogue talks with Doudna about the promises and perils of CRISPR; and with Walter Isaacson, author of the new book “The Code Breaker,” about why the biotech revolution will dwarf the digital revolution in importance.

This prestigious villa measures 1,300 sqm, has four floors, a basement and a panoramic roof terrace from which we can appreciate a 360-degree panoramic view of the Umbrian hills. The materials and finishes used in the building are of the highest quality, and include marble floors and bathrooms, large windows and the designer furnishings that contrast with the classic beauty of the facade; the colors that dominate in the rooms are white and black, giving them elegance and sobriety, while the use of wood recalls the surrounding nature.

This property for sale is surrounded by twenty hectares of land consisting of a private garden where the external loggias, terraces and the panoramic swimming pool are connected to a relaxation area where you can enjoy lovely moments good company during the summer; there is also a part with a forest. The basement of this splendid estate houses a heated indoor pool of 79 square meters, partly external but sealable during the colder months.

A well-lit tennis court surrounded by nature is ideal for sports lovers and completes this majestic property for sale near Gubbio. This luxury villa offers every comfort and is perfect for those seeking absolute relaxation and tranquility surrounded by nature.

The Seven Ages of Man by William Shakespeare

All the world’s a stage,
And all the men and women merely players;
They have their exits and their entrances;
And one man in his time plays many parts,
His acts being seven ages. At first the infant,
Mewling and puking in the nurse’s arms;
And then the whining school-boy, with his satchel
And shining morning face, creeping like snail
Unwillingly to school. And then the lover,
Sighing like furnace, with a woeful ballad
Made to his mistress’ eyebrow. Then a soldier,
Full of strange oaths, and bearded like the pard,
Jealous in honour, sudden and quick in quarrel,
Seeking the bubble reputation
Even in the cannon’s mouth. And then the justice,
In fair round belly with good capon lin’d,
With eyes severe and beard of formal cut,
Full of wise saws and modern instances;
And so he plays his part. The sixth age shifts
Into the lean and slipper’d pantaloon,
With spectacles on nose and pouch on side;
His youthful hose, well sav’d, a world too wide
For his shrunk shank; and his big manly voice,
Turning again toward childish treble, pipes
And whistles in his sound. Last scene of all,
That ends this strange eventful history,
Is second childishness and mere oblivion;
Sans teeth, sans eyes, sans taste, sans everything.

A matriarchy rules on one of the Bijagos Islands off the coast of Guinea-Bissau. The tribe of the same name lives on Orango, one of the most populated islands in the archipelago. Women dominate public and private life there. This documentary focuses on the women of the Bijagos tribe of Guinea-Bissau. Unlike many women in traditional and modern societies elsewhere, they pick their husbands, propose marriage and own their homes.

In addition to being responsible for raising children, they also act as high-priestesses in animist ceremonies, organize work, guard the keys to the rice stores, lead their families and ensure there are descendants to continue the line. The Bijagos revere women, who are believed to be in charge of the balance between the worlds of the living and the dead. A matriarchy of this kind is unusual, not only for Africa but around the world. Even though this culture has persisted for centuries, aspects of Western lifestyles are starting to gain a foothold. Rising rates of school attendance could contribute to the demise of the community’s traditions. Future generations will determine whether the Bijagos can retain their culture.

Guinea-Bissau is a tropical country on West Africa’s Atlantic coast that’s known for national parks and wildlife. The forested, sparsely populated Bijagós archipelago is a protected biosphere reserve. Its main island, Bubaque, forms part of the Orango Islands National Park, a habitat for saltwater hippos. On the mainland, the capital, Bissau, is a port with Portuguese colonial buildings in its old city center.

Monocle’s editorial director Tyler Brûlé, Solène Léger, Christoph Lenz and Nora Meier on the biggest news this weekend, plus check-ins with our editors in the UK and Hong Kong. 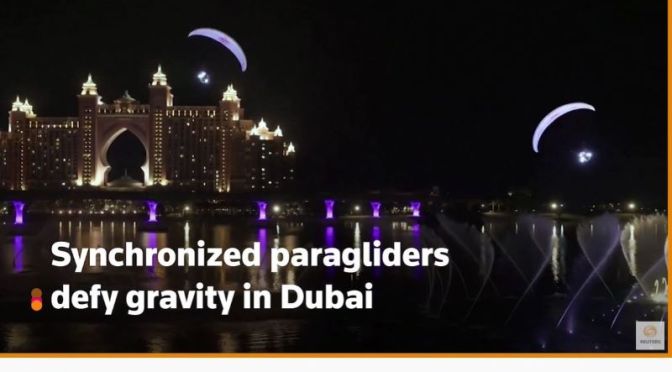 Synchronized paragliders Horacio Llorens and Rafael Goberna go around the world’s largest fountain at the Pointe, Palm Jumeirah in Dubai.