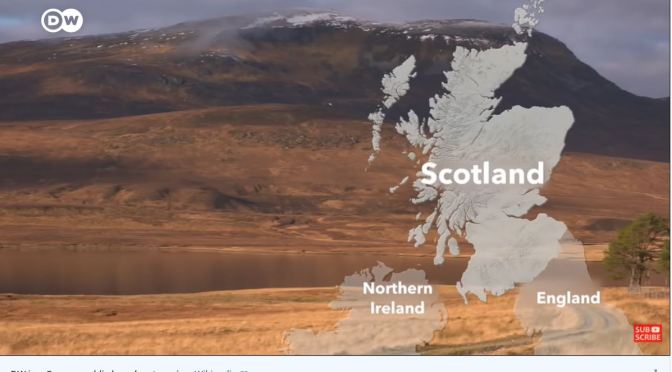 What does it mean to be Scottish? Since Brexit, people here at the northernmost end of the island of Great Britain have been asking this question with renewed vigour. Now, with the Scottish Parliament election approaching, many Scots see their future outside of the United Kingdom. So how do ordinary Scottish citizens see their homeland?

On her journey through Scotland, journalist Diana Zimmermann quickly learns that it is impossible to travel through the country these days without talking about Brexit. Geography and history have brought the Scots to a breaking point. Just ask Sophie Gault, a deer-hunter whose breath-taking workplace is in the heart of the Highlands, at the foot of Ben Alder. “Being Scottish is something I’m really proud of,” says Gault, adding that taking this job was the best decision she ever made.

“Being with nature and with wildlife, it makes you appreciate Scotland even more. There’s always that sense of community. And I’m very proud of our own Scottish humour.” What does fisherman Victor Laurenson, who had hoped Brexit would bring him better fishing conditions, think of his country now?

Janey Godley, a comedian from Glasgow, brings yet another perspective: In the Scottish independence referendum in 2014, she says, the English told the Scots to vote against independence so that Scotland could stay in the EU. “It’s basically like your Mum and Dad saying – look – if you go to bed early, when you wake up, you will have a pony. And you go to bed, you sleep early, you wake up and there’s just a cushion in the shape of a cat instead, and it’s not even a good cat.”

For 500 years, Transylvania’s Gábor people have held onto their values and rituals. This film explores the insular world of the Gábor Roma, and asks whether they can maintain their traditional lives in a globalized world. The Romanian village of Karácsonyfalva is the center of the Gábor Roma community. More than 1,000 Gábor live there.

The men wear large black hats, the women long skirts. The men travel all over Europe as traders, while the women raise the children. Most Gábor belong to the Adventist denomination. Many only learned to read in order to study the Bible. Abstaining from pork and above all from alcohol and tobacco makes them targets of curiosity. Considered aristocratic among the Roma people, the Gábor have their own laws in all areas of life. Problems are solved within the community; in cases of conflict, even the police turn to the community leaders.

Their biggest and most important celebration is the wedding, the foundation of their society. Gábor marry exclusively among themselves. For this reason, girls are removed from school at age 11 and married at 14. Boys move from organized education to the “school of life” at 14. This documentary follows the marriage of 14-year-old Mundra to 16-year-old Bobbi, while giving a portrait of their families and the wider community. For the first time, they share an insight into their exciting, colorful, contradictory and insular world, in which wealth and poverty collide. This is a tight-knit community, one caught between tradition and the pressures of modernity. 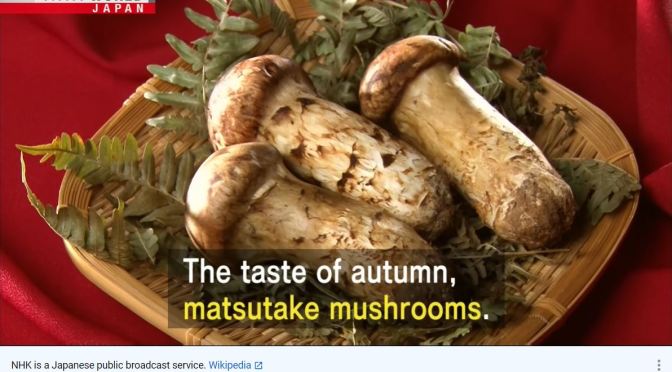 The matsutake mushroom is a seasonal autumn delicacy that only grows in the wild, leading to harvests becoming more sporadic as time goes by.

Inspired by Odysseus, historian Bettany Hughes is embarking on a journey through the Greek Islands. But at the island of Naxos, a different Greek hero appears to be calling: Dionysius, the God of wine and good times.

Naxos is a Greek island in the South Aegean, the largest of the Cyclades island group. Its fertile landscape spans mountain villages, ancient ruins and long stretches of beach. The namesake capital (also called Hora or Chora) is a port town filled with whitewashed, cube-shaped houses and medieval Venetian mansions. Kastro, a hilltop castle dating to the 13th century, houses an archaeological museum.

Take a hot air balloon ride over Cappadocia, Turkey with Vural Demircioglu, one of the region’s 200 hot air balloon pilots. Our unique aerial perspective allows us to look over these incredible capped pillars called “fairy chimneys” and discover the world’s most unusual high rise neighbourhood.

It’s a remote paradise between Australia and Papua New Guinea. Only a few thousand people live on the islands in the Torres Strait. They depend on a supply ship that sails to their isolated archipelago once a week.

There are 274 islands in the Torres Strait between Australia and Papua New Guinea, their white coral-sand beaches rising from warm, shallow waters. Around 20 of the islands are inhabited, with many several kilometers apart. The main island, Thursday Island, sounds like it could have been lifted from the pages of Robinson Crusoe. Residents who want to visit family or friends must do so by boat, having to deal with unpredictable tidal currents. Cargo ships from the mainland supply the islands with everything from food and medicine to cars and spare parts – and they don’t always arrive on schedule. But Torres Strait Islanders have always used their great ingenuity to cope with the scarcity of resources. They include Ken, who’s currently working on a sculpture for the reopening of a local church, Paula, a midwife, and Sylvia, who reads the weather reports on local radio.

A matriarchy rules on one of the Bijagos Islands off the coast of Guinea-Bissau. The tribe of the same name lives on Orango, one of the most populated islands in the archipelago. Women dominate public and private life there. This documentary focuses on the women of the Bijagos tribe of Guinea-Bissau. Unlike many women in traditional and modern societies elsewhere, they pick their husbands, propose marriage and own their homes.

In addition to being responsible for raising children, they also act as high-priestesses in animist ceremonies, organize work, guard the keys to the rice stores, lead their families and ensure there are descendants to continue the line. The Bijagos revere women, who are believed to be in charge of the balance between the worlds of the living and the dead. A matriarchy of this kind is unusual, not only for Africa but around the world. Even though this culture has persisted for centuries, aspects of Western lifestyles are starting to gain a foothold. Rising rates of school attendance could contribute to the demise of the community’s traditions. Future generations will determine whether the Bijagos can retain their culture.

Guinea-Bissau is a tropical country on West Africa’s Atlantic coast that’s known for national parks and wildlife. The forested, sparsely populated Bijagós archipelago is a protected biosphere reserve. Its main island, Bubaque, forms part of the Orango Islands National Park, a habitat for saltwater hippos. On the mainland, the capital, Bissau, is a port with Portuguese colonial buildings in its old city center.

As cultural institutions struggle to return to a semblance of normality, some spaces are drawing on all sorts of resources to keep fulfilling their role in society. FRANCE 24’s Renaud Lefort took a walk around the French capital, meeting its artists and artisans to see how they’re dealing with these unprecedented circumstances.

New Zealand’s Hauraki Gulf – Tikapa Moana – is a place of spectacular beauty and home to more than 50 islands. Some barely break the high tide mark, others loom large on the horizon, many are now uninhabited. Local Māori tribes like Ngai Tai Ki Tamaki, who have been here for nearly a thousand years, revere these islands. Each and every island has a story to tell.

The Hauraki Gulf / Tīkapa Moana is a coastal feature of the North Island of New Zealand. It has an area of 4000 km², and lies between, in anticlockwise order, the Auckland Region, the Hauraki Plains, the Coromandel Peninsula, and Great Barrier Island. Most of the gulf is part of the Hauraki Gulf Marine Park.