Today Michael Wyetzner of Michielli + Wyetzner Architects returns to Architectural Digest for a deep, detail-oriented break down of New York City’s singular Chrysler Building. From its unmistakable Art Deco design to the hidden details that echo its automotive inspiration, see why the Chrysler Building is an iconic staple of the Manhattan skyline.

The story of the Chrysler Building began in 1928, when automotive titan Walter P. Chrysler, founder of Chrysler Corporation, bought the property from Coney Island developer William H. Reynolds for $2 million. Chrysler hired architect William Van Alen, who had previously designed a skyscraper for Reynolds on the site, to create the world’s tallest tower. Construction on Chrysler’s project began in 1929 and was completed in 1930. Reaching a height of 1,048 feet, including its 125-foot steel spire, the Chrysler Building surpassed the Woolworth Building and 40 Wall Street in Lower Manhattan in a “Race to the Sky” to claim the tallest building in the world–a title it held until 1931. The Chrysler Building still reigns as the world’s most famous skyscraper, playing prominent roles in film and television from Godzilla and Spider-Man to Sex and the City.

Completed in the late 19th century by architect Henri Labrouste, the library is considered a masterpiece of the Beaux Arts style, with vast, skylit reading rooms framed by slender steel columns and highly decorative arches.

Today Architectural Digest takes you to Washington, D.C. for a walking tour of Georgetown with architect Nicholas Potts, highlighting historical architectural details hidden in plain sight. Georgetown’s founding predates that of Washington, D.C. and it wasn’t incorporated into the nation’s capital until the 19th century. Nick demonstrates how vestiges of Georgetown’s origins remain to this day, explaining how the neighborhood has retained its distinctive feel.

Blenheim Palace, Oxfordshire — the seat of the Duke of Marlborough — is one of the outstanding palaces of Baroque Europe, and was planned as both a residence and national monument.

Towards the end of the day on August 13, 1704, John Churchill, Duke of Marlborough, exhausted by an intense day of fighting near Blindheim, a village on the Danube, famously scrawled a note to his wife on the back of a tavern bill: ‘I have not time to say more but to beg you will give my duty to the Queen and let her know her army has had a glorious victory.’ The battle of Blenheim — as the name has been anglicised — was, in fact, a confrontation between a Franco-Bavarian army and the forces of a grand alliance of European powers, including the Dutch republic, Austria and Britain, over control of Spain and its empire. It was the first major defeat inflicted on a French army in the field for 50 years and was crowned by the capture of Louis XIV’s commander-in-chief, Marshal Talleyrand, who waited in the Duke’s coach as he scribbled his hasty message.

Although the plans of the building changed considerably over time, something close to the final design was published in the first part of Colen Campbell’s Vitruvius Britannicus (1715). As described by Campbell, ‘the manner is grand, the parts noble, and the air majestick of this palace, adapted to the martial genius of the patron…’ This latter quality was celebrated both in the ornament of the building with military trophies and its original title, ‘Blenheim Castle’. 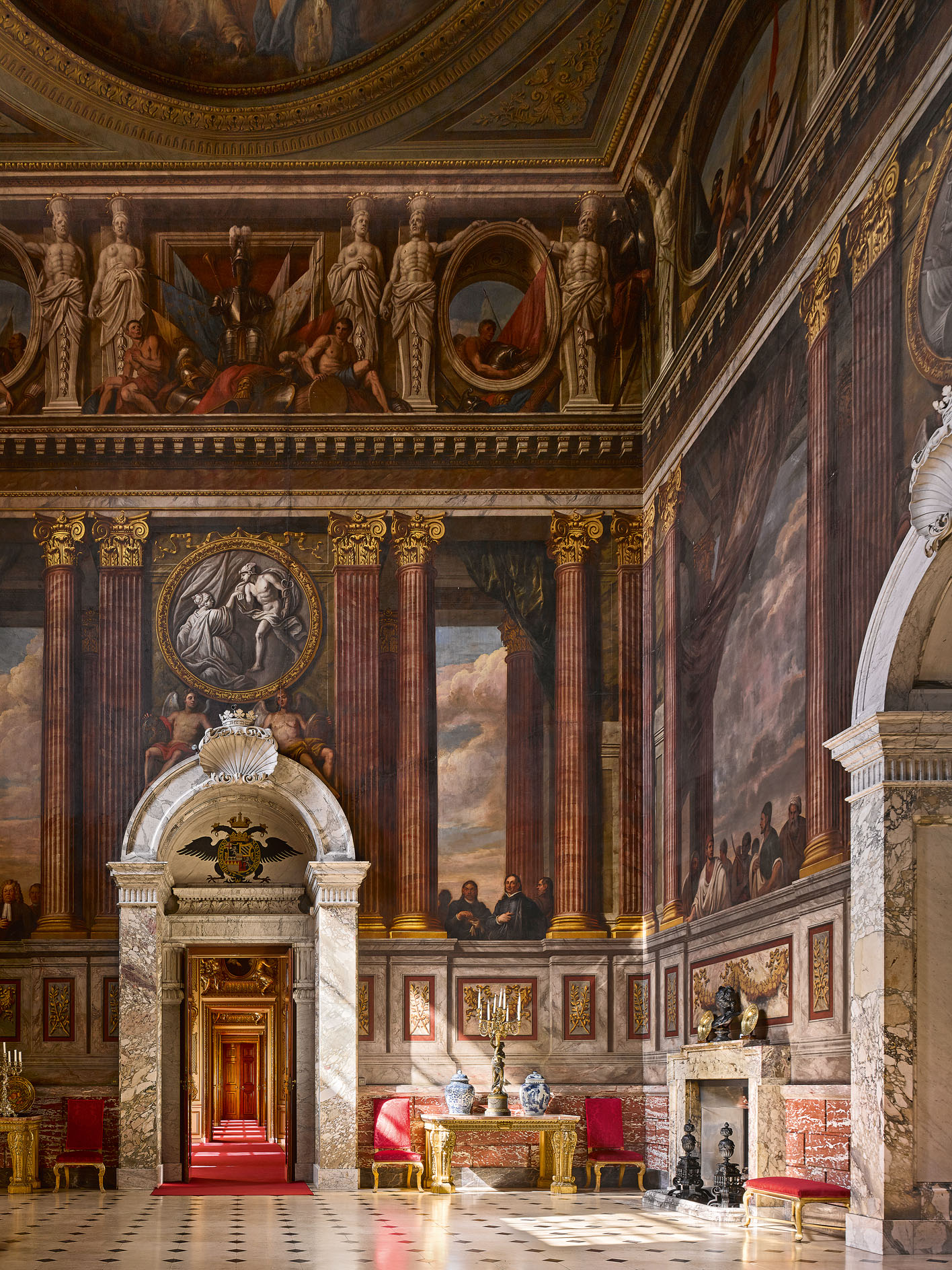 Fig 5: The Saloon is overlooked by figures representing the four Continents and the marble doorcase is ornamented with an imperial eagle. Blenheim Palace, Woodstock, Oxfordshire, photographed for Country Life Magazine by Will Pryce. ©Country Life

Both Vanbrugh and Hawksmoor were well versed in medieval castle architecture and their knowledge of it shines through the spectacular outline of this building, its great angle towers and the rugged articulation of the masonry. Yet this is really a Classical castle suitable for a general of Britain in its newly assumed character as an Imperial power and second Rome. Borrowing Hawksmoor’s description of Castle Howard, as ‘the seat of one of the chief nobles of Britain, it is both a castle and palace conjoined’.

Downton Abbey has become THE British cult series. The story about the fate of a noble family and their servants at the beginning of the 20th century in Yorkshire, England, is even set in a real palace: Highclere Castle. There aren’t servants anymore, but it still has a countess. The lady of the house takes us on an exclusive tour of the castle where Downton Abbey has been shot. Some of the locations may look familiar, especially since the second film is now being released after six successful seasons on TV.

Highclere Castle is a Grade I listed country house built in 1679 and largely renovated in the 1840s, with a park designed by Capability Brown in the 18th century. The 5,000-acre estate is in Highclere in Hampshire, England, about 5 miles south of Newbury, Berkshire, and 9.5 miles north of Andover, Hampshire.

As part of its response to the explosions of 4 August 2020 at the port of Beirut in Lebanon, UNESCO through its Heritage Emergency Fund has launched a large-scale technical documentation of the city’s historical areas in collaboration with the Directorate General of Antiquities of Lebanon and Iconem. This high-definition 3D scan of the city – obtained through drones and photogrammetry – captures essential architectural data of some of the city’s affected monuments, art galleries and cultural spaces which are required by engineers and architects to plan and monitor the rehabilitation phase.

Beirut is the capital and largest city of Lebanon. As of 2014, Greater Beirut has a population of 2.2 million, which makes it the third-largest city in the Levant region. The city is situated on a peninsula at the midpoint of Lebanon’s Mediterranean coast.

With its stunning view of Lake Geneva, the Beau-Rivage, in Geneva has attracted actors from Roger Moore to Angelina Jolie, and played host to political luminaries like Kofi Annan, Charles de Gaulle and the Dalai Lama. Political history has been made here, too: In 1898, the Empress “Sisi” of Austria was stabbed to death by an anarchist at the Beau-Rivage. Nearly a hundred years later, in 1987, the German politician Uwe Barschel was discovered dead here, in a bathtub. Family-run for generations, the hotel is impressive not just for its size, but also for its discretion. Now, director Jacques Mayer uses interviews, archival film and rarely seen photographs to vividly chronicle some of the most fateful years of the Beau-Rivage. 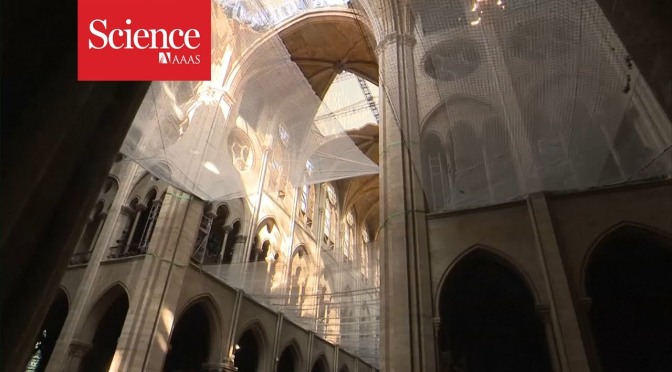 Scientists lead the way in repairing the cathedral, while discovering historical insights along the way.