Diocletian’s Palace is an ancient palace built for the Roman emperor  Diocletian at the turn of the fourth century AD, which today forms about half the old town of Split, Croatia. While it is referred to as a “palace” because of its intended use as the retirement residence of Diocletian, the term can be misleading as the structure is massive and more resembles a large fortress: about half of it was for Diocletian’s personal use, and the rest housed the military garrison.

The complex was built on a peninsula six kilometres southwest from Salona, the former capital of Dalmatia, one of the largest cities of the late empire with 60,000 people and the birthplace of Diocletian. The terrain around Salona slopes gently seaward and is typical karst, consisting of low limestone ridges running east to west with marl in the clefts between them. Today the remains of the palace are part of the historic core of Split, which in 1979 was listed by UNESCO as a World Heritage Site. 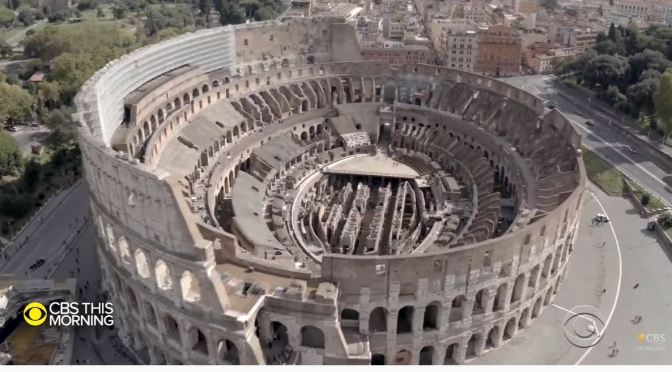 Visitors will be able to walk in the footsteps of Roman Gladiators in the same areas where they prepared to fight to the death. The Colosseum is opening up its deepest depths to the public. Chris Livesay reports.

This week: Mary Beard on Nero, one of the most infamous Roman emperors. Was he the sadistic murderer of legend, the emperor who fiddled as Rome burned, or has he been a victim of spin and myth?

As well as getting Mary’s take on this infamous figure and Nero: the man behind the myth, the exhibition about him that’s just opened at the British Museum in London, Ben Luke also talks to the exhibition’s curator Thorsten Opper.

Also this week, as the first London Gallery Weekend begins—with 140 galleries from Mayfair to Mile End taking part—The Art Newspaper‘s editor-at-large Georgina Adam speaks to Jeremy Epstein, co-founder of Edel Assanti gallery and one of the founders of London Gallery Weekend initiative. And in this episode’s Work of the Week, we talk to the artist Nina Katchadourian about a very personal piece of embroidery, created by her adopted grandmother, which has inspired a new work by the artist in her show at Pace in New York.

Northumberland is one of Britain’s most historic regions, an archaeological treasure trove of impressive buildings that date back to the Roman conquest: From Hadrian’s Wall to the Vindolanda Fort. 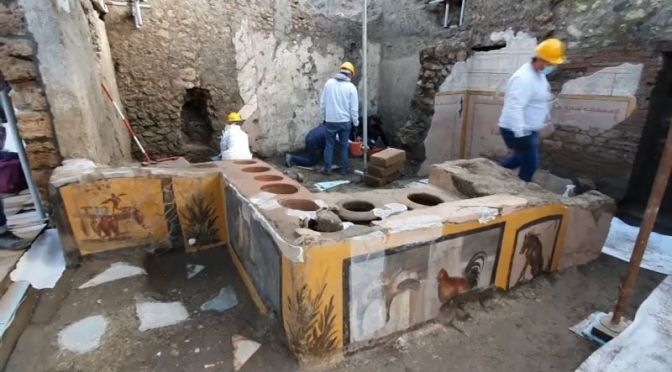 A street food eatery discovered at Pompeii has now been completely excavated, helping to reveal some of the favourite dishes of the citizens of the ancient Roman city. The shop is known as a “thermopolium” since it served hot food. A segment of the fast-food building’s counters was discovered in 2019 during work to shore up Pompeii’s often-crumbling ruins. The counter was decorated with paintings of animals, which might provide clues of the ingredients those meals contained. On top of the counter there were holes, where warm food was stored to be served. 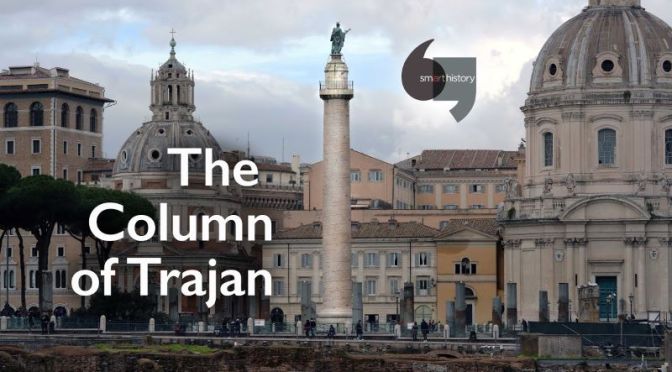 Trajan’s Column is a Roman triumphal column in Rome, Italy, that commemorates Roman emperor Trajan’s victory in the Dacian Wars. It was probably constructed under the supervision of the architect Apollodorus of Damascus at the order of the Roman Senate. It is located in Trajan’s Forum, built near the Quirinal Hill, north of the Roman Forum. Completed in AD 113, the freestanding column is most famous for its spiral bas relief, which artistically represents the wars between the Romans and Dacians (101–102 and 105–106). Its design has inspired numerous victory columns, both ancient and modern.

Constantine’s death would drive a crack through the Roman Empire, splitting it into West and East. Over the next several hundred years, parts of it would even fall to foreign invaders. But a new capital would rise to take its place: Constantinople.

Dr Paul Roberts tells us about the eruption of Mount Vesuvius and how it connects us to the Romans of AD 79.

From a Phys.org online article:

There was a massive shift in Roman residents’ ancestry, the researchers found, but that ancestry came primarily from the Eastern Mediterranean and Near East, possibly because of denser populations there relative to the Roman Empire’s western reaches in Europe and Africa.

The next several centuries were full of turmoil: the empire split in two, diseases decimated Rome’s population and a series of invasions befell the city. Those events left a mark on the city’s population, which shifted toward western European ancestry. Later, the rise and reign of the Holy Roman Empire brought an influx of central and northern European ancestry.

Scholars have been studying Rome for hundreds of years, but it still holds some secrets—for instance, relatively little is known about the ancestral origins of the city’s denizens. Now, an international team led by researchers from Stanford University, the University of Vienna and Sapienza University of Rome is filling in the gaps with a genetic history that shows just how much the Eternal City’s populace mirrored its sometimes tumultuous history.