The Namib is a coastal  desert  in  Southern Africa. The name Namib is of Khoekhoegowab origin and means “vast place”. According to the broadest definition, the Namib stretches for more than 2,000 kilometres (1,200 mi) along the Atlantic coasts of Angola, Namibia, and South Africa, extending southward from the Carunjamba River in Angola, through Namibia and to the Olifants River in Western Cape, South Africa.[2][3][4] The Namib’s northernmost portion, which extends 450 kilometres (280 mi) from the Angola-Namibia border, is known as Moçâmedes Desert, while its southern portion approaches the neighboring Kalahari Desert. From the Atlantic coast eastward, the Namib gradually ascends in elevation, reaching up to 200 kilometres (120 mi) inland to the foot of the Great Escarpment.[2]

Cape Town is a port city on South Africa’s southwest coast, on a peninsula beneath the imposing Table Mountain. Slowly rotating cable cars climb to the mountain’s flat top, from which there are sweeping views of the city, the busy harbor and boats heading for Robben Island, the notorious prison that once held Nelson Mandela, which is now a living museum.

Tourists and locals often stop at viewpoints along this road, which offer views of Hout Bay, The Sentinel Peak and surrounds, as well as over Noordhoek Beach. Chapman’s Peak Drive is part of the route of two of South Africa’s biggest mass-participation races, the Cape Argus Cycle Race and the Two Oceans Marathon. https://en.wikipedia.org/wiki/Chapman…

Poachers kill at least one rhino a day in South Africa. Their horns are in huge demand on the black market, and are worth more than gold. Anti-poaching squads are now increasingly better equipped: with night-vision equipment, drones and thermal imaging cameras.

Covering some 20,000 km2, Kruger National Park is one of the largest game reserves in Africa. It’s home to the biggest population of white rhinos in South Africa – and also the highest number of rhinos killed by poachers. One major problem for ranger teams is their small size in comparison to the vast area of territory involved. Another is the widespread poverty in the many villagers bordering the park – and it’s here that you ultimately have to begin if you want to win the battle to save the rhinos.

Vince Barkas has 30 years’ experience working in wildlife conservation, and little confidence in the current system’s effectiveness in protecting rhinos. In 1992 he founded the anti-poaching unit “Protrack”. Its teams operate in the Greater Kruger, which includes private wildlife reserves neighboring the national park.

Over the decades he says he’s seen no change, despite rangers being better armed and equipped, and wants to see new options: “We’ve shot poachers, arrested poachers, beaten up poachers. Everything. But we’ve never sat down and spoken.” Vince Barkas believes in the power of dialog rather than violence. He and his son Dylan made their way to Mozambique – where many of the poachers who kill rhinos in the Kruger National Park hail from.

Their journey takes them to the town of Massingir, where Barkas Snr. first began talking to poachers a number of years ago. The problem, he says, is rooted in the very concept of wildlife conservation: “We’ve made wildlife a rich white man’s thing – where white people hunt and benefit from it, and go to lodges etc. And we’ve kept black people out of it – behind a fence. We’ve got to change that approach.” 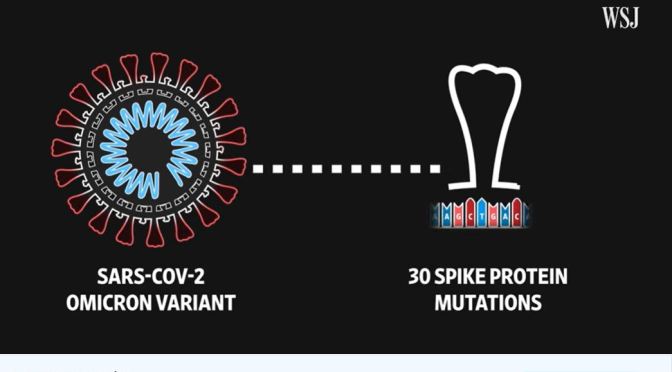 The B.1.1.529 variant was first reported to WHO from South Africa on 24 November 2021. The epidemiological situation in South Africa has been characterized by three distinct peaks in reported cases, the latest of which was predominantly the Delta variant. In recent weeks, infections have increased steeply, coinciding with the detection of B.1.1.529 variant. The first known confirmed B.1.1.529 infection was from a specimen collected on 9 November 2021.

This variant has a large number of mutations, some of which are concerning. Preliminary evidence suggests an increased risk of reinfection with this variant, as compared to other VOCs. The number of cases of this variant appears to be increasing in almost all provinces in South Africa. Current SARS-CoV-2 PCR diagnostics continue to detect this variant. Several labs have indicated that for one widely used PCR test, one of the three target genes is not detected (called S gene dropout or S gene target failure) and this test can therefore be used as marker for this variant, pending sequencing confirmation. Using this approach, this variant has been detected at faster rates than previous surges in infection, suggesting that this variant may have a growth advantage.

The World Health Organization evaluates a new COVID-19 variant, while the delta strain surges in other countries. Diplomats trying to revive a nuclear deal with Iran face new demands and a harder line from Tehran.

Next, Peter Teske, a professor in the department of zoology at the University of Johannesburg, joins us to talk about his Science Advances paper on origins of the sardine run—a massive annual fish migration off the coast of South Africa.