China is flying blind as the pandemic rages

Largest ever animal may have been Triassic ichthyosaur super-predator

In 2023, we have many opportunities to build a better future

The coming year will be a turning point for the Amazon rainforest, artificial intelligence and even our diets. Let’s choose a more hopeful direction for humanity

Achieving nuclear fusion would be building on the shoulders of giants

It took generations of work by engineers and scientists to reach this month’s nuclear fusion milestone, but there are big challenges ahead

In 2022, the James Webb Space Telescope brought us new views of the cosmos

Science News looks back at some of the most stunning images from the James Webb telescope’s first year in space.

Long considered loners, many marsupials may have complex social lives

Viruses other than the coronavirus made headlines in 2022

The vaccine, called Convidecia Air, changes the liquid form of the vaccine into an aerosol using a nebuilzer. The vaccine can then be inhaled through the mouth using the nebulizer machine. The needle-free vaccine “can effectively induce comprehensive immune protection in response to SARS-CoV-2 after just one breath,” Cansino said in a statement. 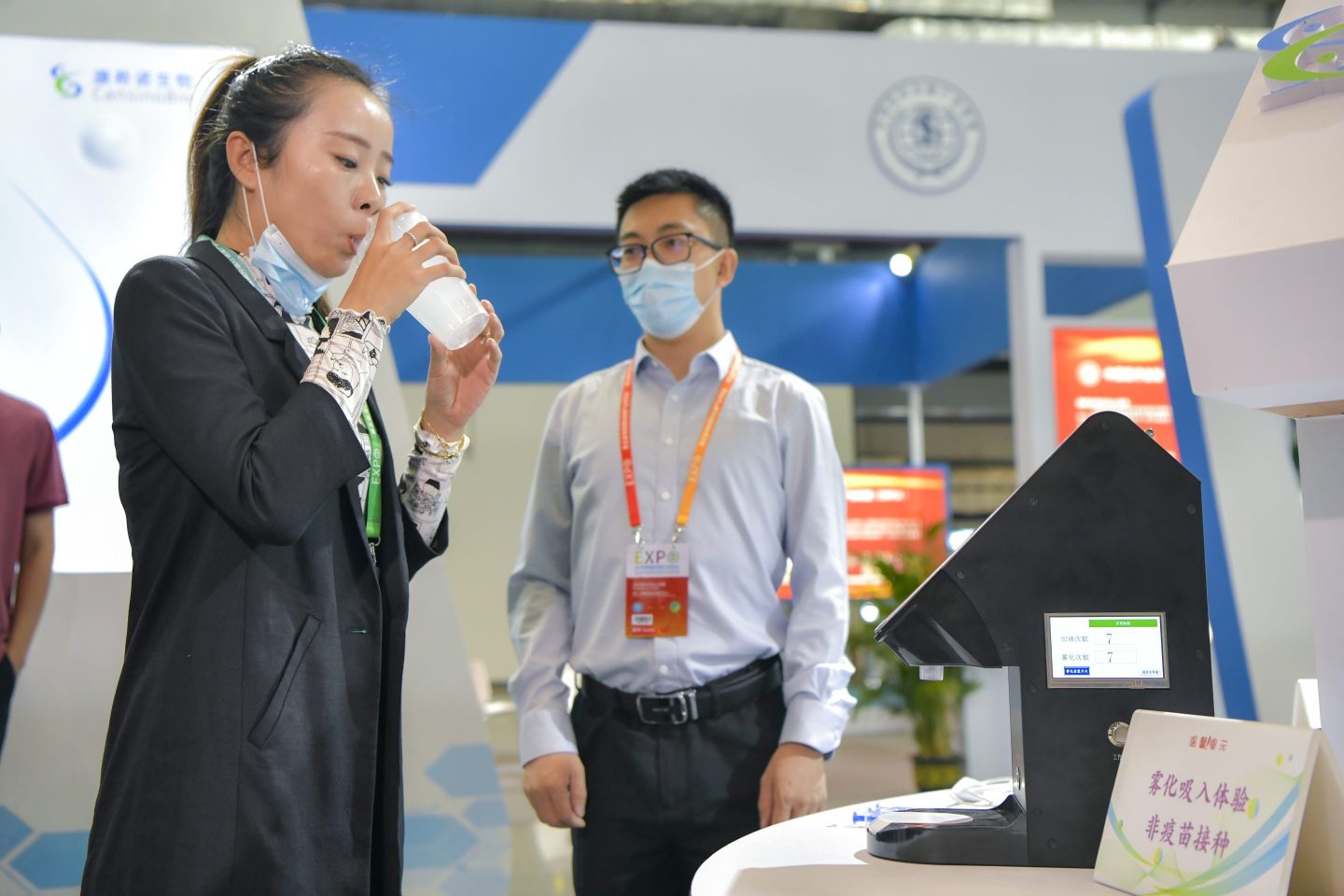 In July, Chinese scientists published a pre-print study showing that people who received one booster dose of Cansino’s inhaled vaccine after two doses of the inactivated jab from Chinese maker Sinovac developed more antibodies than people who received three Sinovac shots. Four weeks after receiving the inhaled booster, 92.5% of people had developed neutralizing antibodies for Omicron.

Those who got three doses on Sinovac’s jab did not demonstrate any neutralizing antibodies for Omicron, either four weeks or six months after getting a booster.

A small marine isopod plays a role in fertilizing red seaweed, according to a new report that presents evidence of animal-mediated “pollination” in the marine environment. Read that study and more this week in Science: https://fcld.ly/fhhe8ba

The sudden surge of monkeypox cases outside Africa has alarmed public health authorities around the world. In Europe and North America it’s the first time community transmission has been recorded among people with no links to west or central Africa. So what is happening?

Ian Sample talks to virologist Oyewale Tomori about why monkeypox is flaring up, whether we should fear it, and what we can learn from countries such as Nigeria and the Democratic Republic of the Congo, which have been tackling this virus for decades.

The decision to pivot an entire business to focus on the coronavirus is an obvious one in hindsight, at least for Moderna, BioNTech and Pfizer, which succeeded beyond anyone’s expectations — and will reap billions of dollars in sales of their vaccines this year alone.

It wasn’t such a clear decision in the early months of 2020, though that’s when Moderna’s chief executive, Stephane Bancel, and BioNTech’s chief, Ugur Sahin, starting turning their ships, they told CNBC in interviews for this documentary about the vaccine race, produced by CNBC senior health and science reporter Meg Tirrell and senior digital producer Sam Rega.

“The night that China locked down Wuhan, I’m like: ‘When was the last time I know a city has been locked down because of an infectious disease?’” Bancel recalled. “And what goes through my mind is: what do the Chinese know that we don’t know?“ Bancel said he awoke sweating at 4 a.m., realizing, “Jeez, there’s going to be a pandemic like 1918.” For Sahin, it was reading a paper in the Lancet in late January describing the outbreak in China.

“I did a number of calculations, fast calculations, and realized it had already spread,” Sahin said. “And it was clear that it was already too late to stop the disease.” But he was convinced BioNTech, then focused mainly on personalized cancer therapies, may be able to do something. His company reached out to Pfizer, he said, proposing to work on a vaccine for the novel coronavirus using the same technology, messenger RNA, on which they’d already partnered to try to tackle the flu.

“We had the first contact a few days after starting the project,” Sahin said. “At that time, Pfizer was not yet interested.” Albert Bourla, Pfizer’s CEO, confirmed Sahin’s account, saying in the earliest months of 2020, he was focused on maintaining the company’s operations in China. But by late February, he said, he’d determined Pfizer needed to work on a treatment and a vaccine.

“What is the best approach?” Bourla said he asked his team. Kathrin Jansen, head of Pfizer’s vaccine research and development, said they assessed all existing technologies, including protein-based vaccines and vaccines using viral vectors. “They all have too few pros and too many cons,” she said.

But messenger RNA was a risk; it had never been used before as an approved vaccine or drug. “I wrestled a little bit with the decision,” Bourla said. But after another meeting with the team, “they convinced me.” That’s when Sahin called a second time. The outbreak, by that point, was already in New York, he said. Reaching Jansen, he described the work that BioNTech already had underway, and asked if Pfizer would like to work together. “And I said: absolutely,” Jansen remembered. “Let’s talk about this.”

At Moderna, it was never a question that messenger RNA would be the way forward; that was the technology around which the company was founded in 2010. But that didn’t mean questions didn’t exist. “Even going into March, there were voices that said vaccines were false hope,” recalled Dr. Stephen Hoge, Moderna’s president.

“It did feel for a period of time that we needed to defend even the idea of trying.” “When we were thinking about how do we get into Phase 1, what does it look like to prepare for a pandemic, the eyes of the world felt as though they were looking at Moderna as this biotech … ‘what are they trying to do?’” said Hamilton Bennett, Moderna’s senior director of vaccine access and partnerships.

“It was only when we transitioned in that March notification from the WHO that this was a global pandemic, it’s an emergency, that I think people started to realize that what we’re doing isn’t playing in a sandbox trying to demonstrate our technology,” Bennett said. “We’re developing a vaccine that’s going to stop the pandemic.” The companies succeeded, in what became one of the greatest medical races in history. Here, they recall how it happened.

A virus is a submicroscopic infectious agent that replicates only inside the living cells of an organism. Viruses infect all types of life forms, from animals and plants to microorganisms, including bacteria and archaea.