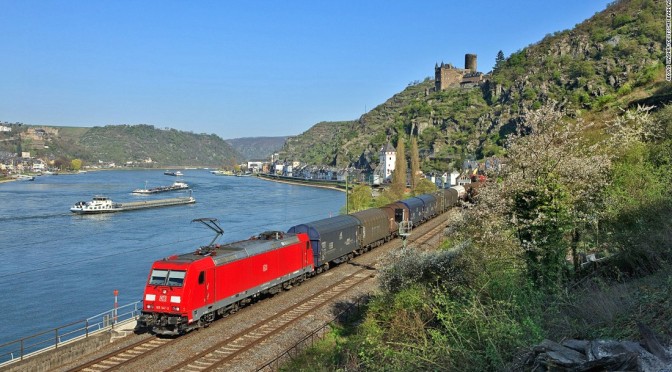 DW Travel – Castles, palaces, vineyards, and a romantic river valley: experience a train journey along the Rhine with DW’s Hannah Hummel. It is considered the most beautiful train route in Germany!

The West Rhine Railway is one of the most beautiful and famous railway lines in Germany. It runs from Cologne via Bonn and Koblenz to Mainz. Its most recognisable part is from Koblenz to Bingen where the trains run directly along the Rhine and its numerous bends. This part of the valley even is part of the World Heritage. Famous trains as the Rhinegold used to run here, however since the high speed line between Cologne and Frankfurt is in operation the majority of long distance trains take this shorter and faster line instead. There are still many trains running on the Rhine Railway including hourly long distance trains.

DW reporter Hannah travelled to her home country of Scotland to give you her bucketlist of everything you need to check out in the city of Glasgow! When you think of Glasgow, the first thing that comes to mind is probably cold and rainy weather. But despite that, Scotland’s largest city is a vibrant, cultural hub. It’s a UNESCO City of Music, and has one of the best live music scenes in the UK. Which of Hannah’s travel tips is your favourite – the museum, the deep-fried Mars bar or the music scene?

Glasgow is a port city on the River Clyde in Scotland’s western Lowlands. It’s famed for its Victorian and art nouveau architecture, a rich legacy of the city’s 18th–20th-century prosperity due to trade and shipbuilding. Today it’s a national cultural hub, home to institutions including the Scottish Opera, Scottish Ballet and National Theatre of Scotland, as well as acclaimed museums and a thriving music scene. 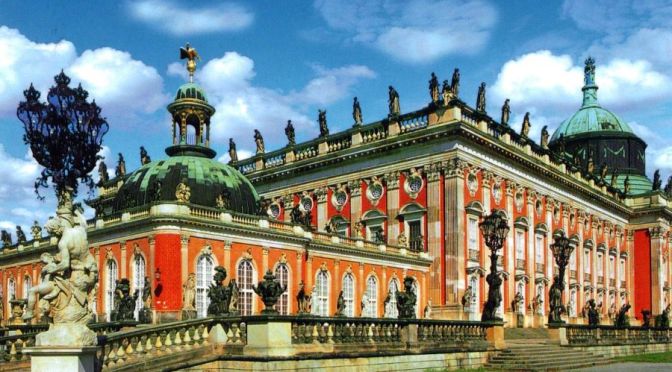 How does this sound: A picturesque little castle palace surrounded by wine terraces and a romantic park – and you right in the middle of it all! Join DW reporter Hannah Hummel for a relaxing day in Potsdam. She visits Sanssouci, the pleasure palace of King Frederick the Great. Hannah immerses herself in the atmosphere of the place, very much in the spirit of the Prussian king, who indulged in the good life here, far away from his court. Here he could indulge in nature, music and philosophy without worry – sans souci.

Potsdam, city, capital of Brandenburg Land (state), eastern Germany. Lying on the southwest border of Berlin, it is sited where the Nuthe River flows into the Havel River, the confluence becoming a series of lakes.

First mentioned in 993 as a Slavic settlement known as Poztupimi, it received its charter in 1317. It became Brandenburg’s electoral residence in 1640 under Frederick William (the Great Elector) and the Prussian royal residence under Frederick II (the Great), during whose reign (1740–86) it was an intellectual and military centre and virtual capital of Prussia. In the 18th century a colony of Dutch immigrants gave their quarter of the city, and some other parts as well, a distinctly Dutch flavour. Potsdam suffered severe damage in World War II, but many monuments survived and others have been restored. The Cecilienhof Palace was the scene (July 17–August 2, 1945) of the Potsdam Conference of the Allied leaders; it now houses a museum and a memorial, as well as a hotel. From 1952 to 1990 the city was capital of the Potsdam Bezirk (district) of East Germany.

Destination Culture: Discover Germany’s oldest castle! Hannah Hummel travels back in time in Albrechtsburg Castle. The site in Meissen used to house Europe’s first porcelain producer. Porcelain designers show Hannah how the material is being further developed today. She also visits the picturesque old town and learns the interesting story behind the Meissner Fummel – a unique pastry, where fragility plays an essential role. 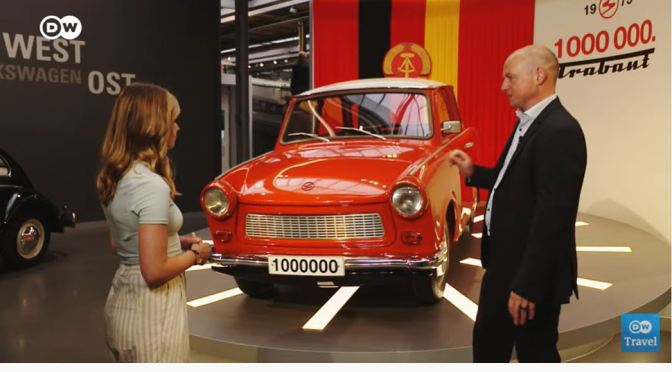 The city of Zwickau in eastern Germany has a long and varied history of car production and industrial design. Its story is told in the August Horch Museum – beginning with the production of Horch cars, to Audis, to the East German car, the Trabant.

On her trip to Zwickau, Hannah Hummel discovers the city’s car history, as well as its art and cultural history. Both the composer Robert Schumann and the expressionist painter and printmaker Max Pechstein were born in Zwickau. This episode of Destination Culture also takes viewers to Schneeberg – a creative hub in Saxony, where students from around the world study fashion and textile design. 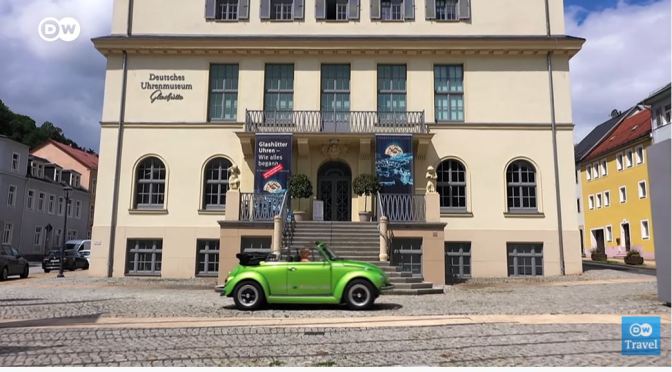 Destination Culture: In this episode, Hannah Hummel’s road trip through Saxony takes her to Glashütte. Germans are known for being punctual, and Glashütte is known for watchmaking. Hannah also visits the Ore Mountains and heads underground. In Freiberg, she meets a student from Sri Lanka who has made the silver-mining town her temporary home.

Destination Culture: Hannah Hummel is on tour in the city of Leipzig. She visits art highlights such as the Cotton Mill, a former industrial site, which has become a creative hub in the city. In Mutzschen, she meets an American entrepreneur who has turned a baroque castle into a biker hangout. In Torgau, a photographer shows her the best photo spots in Hartenfels Castle, famed for its spiral staircase.

Tune in for our new series with reporter Hannah Hummel! In summertime she hit the German road in a special, electric car – the VW Beetle Cabrio! Hannah shows you some highlights of the eastern-German state of Saxony: Moritzburg Castle, a vineyard on the banks of the Elbe river, and the Karl May Museum in the town of Radebeul. The German author liked to imagine tales of the old Wild West, and is one of the most-read writers in the world. Take a romantic trip with Hannah through one of Germany‘s most idyllic regions.