Come and join us as we explore the Middle Ages! Germany has a lot to offer when it comes to this time period: Historic city gates, church towers and half-timbred houses. In German cities and towns, you’ll find a lot of well-preserved Medieval architecture, much of it on the UNESCO World Heritage list.

From Lübeck in the North to Bamberg in the South – we show you seven cities and towns which will make you feel like you’re in a fairytale.

What to do in Berlin? Fine dining or doner kebab? Strolling around or a guided tour? Visiting museums or famous landmarks? We show you what tourists love most in the German capital of Berlin! Have you ever been to Berlin?

Berlin, Germany’s capital, dates to the 13th century. Reminders of the city’s turbulent 20th-century history include its Holocaust memorial and the Berlin Wall’s graffitied remains. Divided during the Cold War, its 18th-century Brandenburg Gate has become a symbol of reunification. The city’s also known for its art scene and modern landmarks like the gold-colored, swoop-roofed Berliner Philharmonie, built in 1963. 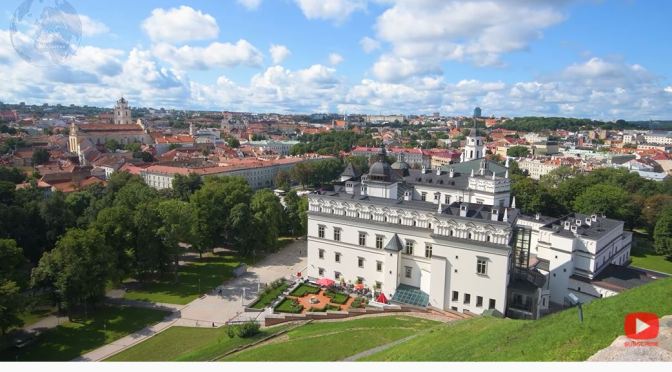 This is not for people with a fear of heights: Join DW reporter Axel Primavesi on the observation deck of the Vilnius TV tower! But before Axel looks down from a height of 170 meters onto the capital of Lithuania, he will introduce you to Cathedral Square and a typical Lithuanian specialty, Šaltibarščiai.

As he travels the Mediterranean, Jaafar Abdul Karim visits Andalusia in Spain. He tries flamenco dancing, tours the Alhambra, and finds his dream house on the Costa del Sol. In Tarifa, photographer José Luis Terrado shows Jaafar his photographs of refugees.

Flamenco music has its roots in the south of Spain. In Las Negras, journalist Jaafar Abdul Karim meets up with flamenco performer Anabel Veloso for a dance. His Mediterranean journey then takes him into the interior of Andalusia. Throughout its history, the region has been a gateway to the Arabic-speaking world. More than 700 years of Islamic rule have left their mark, especially on the architecture.

In Granada, Jaafar visits the famous Alhambra, a world heritage site. Back on the shores of the Mediterranean, the journey continues past beautiful beaches and picturesque bays to the city of Málaga. It’s located on the “Costa del Sol”, where the sun shines more than 300 days per year. The climate attracts millions of tourists, especially from Germany and Britain. Many have bought property here.

In Estepona, Jaafar finds his dream home: the architects José Carlos Moya and Bertrand Coue have built a solar house with floor-to-ceiling windows and 360-degree panoramic views. Its unique design allows it to follow the trajectory of the sun, all day long.

Finally, Jaafar heads to Tarifa, just 14 kilometers across the sea from Morocco. The proximity to the North African side of the Mediterranean has inspired the work of photographer José Luis Terrado. His pictures depict migration and the conditions under which refugees from Africa have to work in order to survive. More than any other destination on his Mediterranean journey, Andalusia shows Jaafar Abdul Karim just how closely linked Europe and Africa are, culturally as well as economically. 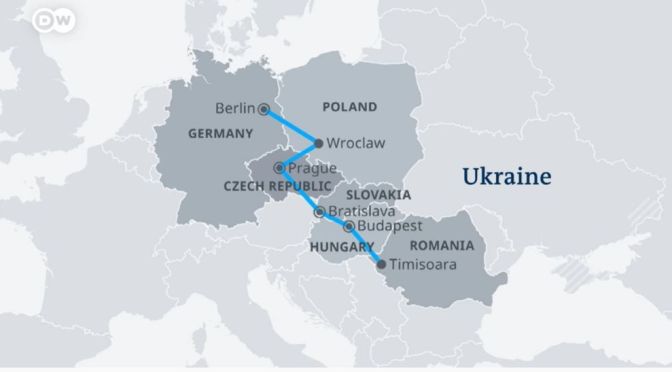 From Germany via Poland, the Czech Republic, Slovakia and Hungary to Rumania – that’s the route our two DW reporters Shabnam Surita and Laila Abdalla took. They travelled all the way through Central and Eastern Europe to find out how the Russian war against Ukraine is affecting tourism in its neighboring countries.

DW reporter Hannah travelled to her home country of Scotland to give you her bucketlist of everything you need to check out in the city of Glasgow! When you think of Glasgow, the first thing that comes to mind is probably cold and rainy weather. But despite that, Scotland’s largest city is a vibrant, cultural hub. It’s a UNESCO City of Music, and has one of the best live music scenes in the UK. Which of Hannah’s travel tips is your favourite – the museum, the deep-fried Mars bar or the music scene?

Glasgow is a port city on the River Clyde in Scotland’s western Lowlands. It’s famed for its Victorian and art nouveau architecture, a rich legacy of the city’s 18th–20th-century prosperity due to trade and shipbuilding. Today it’s a national cultural hub, home to institutions including the Scottish Opera, Scottish Ballet and National Theatre of Scotland, as well as acclaimed museums and a thriving music scene.

Prague is one of the most-visited cities in Europe. Before the coronavirus pandemic, overtourism was a real problem here: It was often so crowded that it was almost impossible to move around the historic Old Town, as well as around Charles Bridge, Hradcany Castle Hill, and Wenceslas Square.

What’s it like today, after the pandemic, and what ideas are there for tourism in Prague in the future? DW’s Nicole Frölich visited the Czech capital, and was surprised at what she discovered. Have you ever been to Prague?

Prague, capital city of the Czech Republic, is bisected by the Vltava River. Nicknamed “the City of a Hundred Spires,” it’s known for its Old Town Square, the heart of its historic core, with colorful baroque buildings, Gothic churches and the medieval Astronomical Clock, which gives an animated hourly show. Completed in 1402, pedestrian Charles Bridge is lined with statues of Catholic saints. 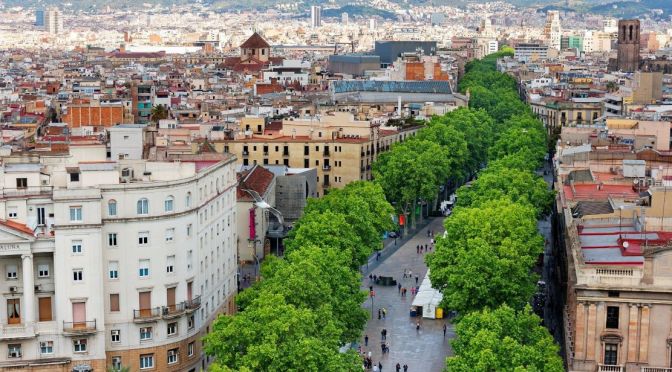 Every visitor to Barcelona will sometime take a stroll along La Rambla. The Catalan capital’s leafy boulevard is simply the place to be – but what makes this street world-famous, and what secrets does it hold? Fermin Villar, president of the Friends of La Rambla, clues us in.

La Rambla is a street in central Barcelona. A tree-lined pedestrian street, it stretches for 1.2 km connecting the Plaça de Catalunya in its center with the Christopher Columbus Monument at Port Vell. La Rambla forms the boundary between the neighbourhoods of the Barri Gòtic to the east and the El Raval to the west. 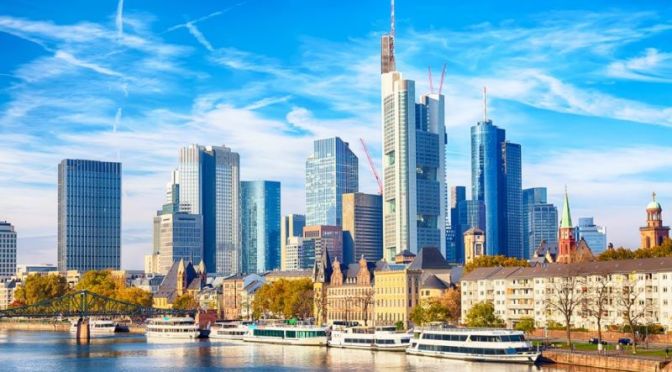 Do you know Frankfurt am Main? With its skyscrapers and modern glass facades, at first the banking city in Hesse can appear somewhat cold. But it also has wonderful quaint corners with half-timbered houses and cobblestone streets. The New Old Town, the Römerberg and the Alt-Sachsenhausen district are some of the sights not to be missed. Take a tour through one of Germany’s largest cities with Elissa and Rodrigo from @Alemanizando.