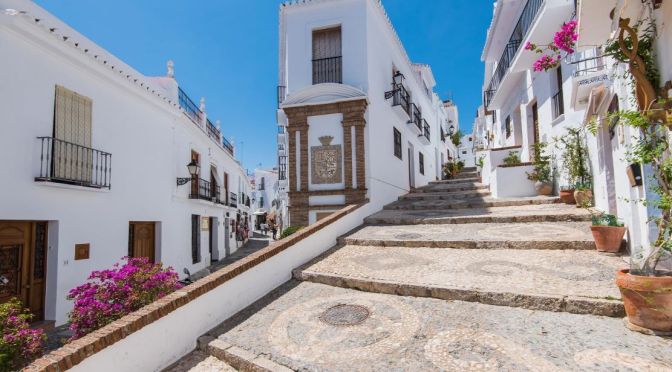 The Mediterranean resort town of Torremolinos in southern Spain’s Costa del Sol region is a sunseeker’s haven. In the 1950s, this former fishing village became one of the most popular destinations for sun-loving tourists. Stretches of dark, sandy beaches offer a multitude of watersports and beach activities, while the many bars, restaurants and local sights occupy vacationers.

Fuengirola is a town on the Costa del Sol in southern Spain, known for its sandy beaches. South of the city center, the medieval Moorish Sohail Castle towers over the coastline, and hosts concerts, festivals and a medieval market in summer. Adjacent to the Plaza de Toros bullring is Bioparc Fuengirola, a naturalistic zoo featuring a re-created jungle clearing and animals from Asia and Africa.

First, the fizz. Part of Seville’s exuberance is because the city is preparing for two festivals: Semana Santa, over Holy Week, and the April Fair (actually in May). The first involves processions of elaborately trussed religious statues sitting on decorative floats held aloft by men in cream-coloured cloaks and cone-shaped headdresses, a vision that surprised me when I attended, by chance, while interrailing around Europe decades ago. The April Fair is equally flamboyant, although with more frills — Sevillanas in every shade of flamenco dress. Everyone learns flamenco at school, so there’s no excuse for poor footwork. And, naturally, getting a new dress, of slightly different design, is the done thing each year.

After all that, arriving at La Donaira via the white mountain village of El Gastor is a change of pace. Not least because the views are lurking under cloud (the calima again), so I am inclined to make the most of the hotel’s cosiness rather than head out for a grey hike.

What was once a private house, converted into a hotel in 2015, strives to maintain that homely feeling. It’s working — guests wear athleisure at dinner, pad around in socks and Crocs, and children jump on the giant sofa by the living-room fire. The vibe here is so relaxed, we leave our bedroom door open at night to listen to the rain and feel the cool mountain air. The living room is a big, open space — a former barn, with picture windows over the courtyard, a library and plenty of lounging spots.

Málaga is a port city on southern Spain’s Costa del Sol, known for its high-rise hotels and resorts jutting up from yellow-sand beaches. Looming over that modern skyline are the city’s 2 massive hilltop citadels, the Alcazaba and ruined Gibralfaro, remnants of Moorish rule. The city’s soaring Renaissance cathedral is nicknamed La Manquita (“one-armed lady”) because one of its towers was curiously left unbuilt.

Granada is a city in southern Spain’s Andalusia region, in the foothills of the Sierra Nevada mountains. It’s known for grand examples of medieval architecture dating to the Moorish occupation, especially the Alhambra. This sprawling hilltop fortress complex encompasses royal palaces, serene patios, and reflecting pools from the Nasrid dynasty, as well as the fountains and orchards of the Generalife gardens.

The Iberian Lynx is one of the world’s most elusive cats and at the turn of the century, there were only one hundred individuals. 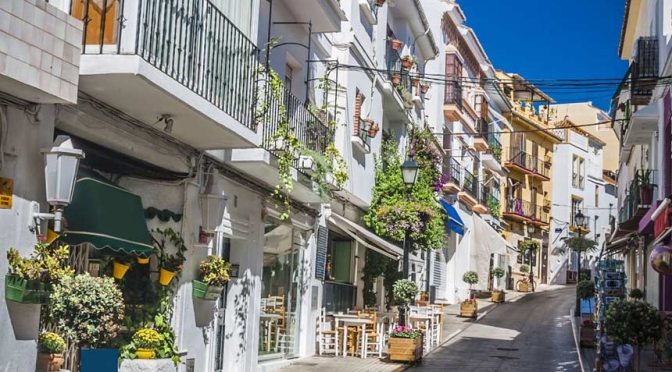 Marbella is a city and resort area on southern Spain’s Costa del Sol, part of the Andalusia region. The Sierra Blanca Mountains are the backdrop to 27 km of sandy Mediterranean beaches, villas, hotels, and golf courses. West of Marbella town, the Golden Mile of prestigious nightclubs and coastal estates leads to Puerto Banús marina, filled with luxury yachts, and surrounded by upmarket boutiques and bars.