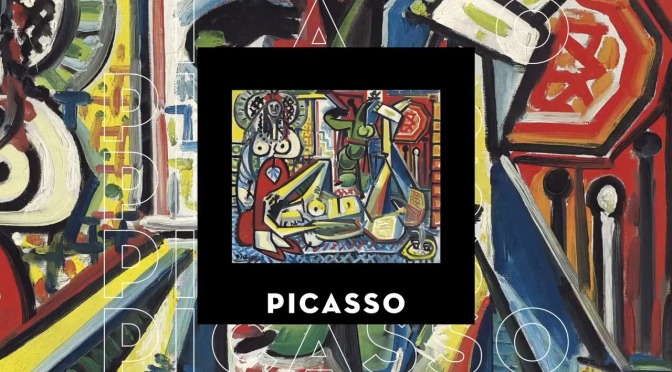 Between 13 December 1954 and 14 February 1955, Picasso painted a series of fifteen canvases based on Eugène Delacroix’s masterwork Les femmes d’Alger, each of which he assigned an identifying letter from A to O. Together, these paintings constitute Picasso’s single greatest achievement in the decades following the end of the Second World War. They represent his first comprehensive appropriation and thoroughgoing exploration of an important painting by an earlier artist, as well as the most focused analysis he had done since the war years of the female figure set within a specific spatial environment.

Picasso painted the present Femmes d’Alger, Version F on 17 January 1955, around the halfway point in the cycle. It is the culminating, most fully resolved canvas from the first phase of the series, when Picasso favored medium-sized formats for his protean explorations.