In this video, join essayist and New Yorker staff writer Adam Gopnik in an exploration of two masterpieces from the early twentieth century: Georgio De Chirico’s “Il Pomeriggio di Arianna (Ariadne’s Afternoon)”and Man Ray’s “Black Widow (Nativity).” Both painted near the outset of the first world war, these works not only capture the effusive zeitgeist of their age but prefigure the aesthetic movements that would come to characterize modern art. 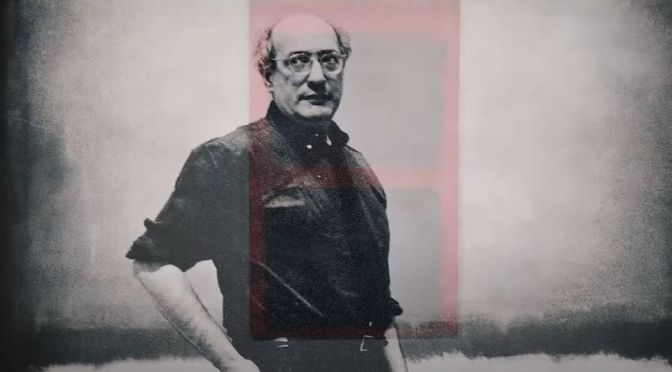 In this episode of expert voices, David Galperin examines the painting that entirely shifted the remaining decade of Mark Rothko’s career. In 1958, Rothko’s transforms his color palette into the somber, meditative colors intended to provoke a submersive, awe-inspiring event upon viewing. Learn how in Untitled (Black on Maroon), Rothko embarks on this endeavor for the very first time. Untitled (Black on Maroon) is a highlight of the Contemporary Art Evening auction (28 October 2020, New York).

An invitation into any artist’s imagined world involves an intimacy rarely encountered outside of portraiture, but Matthew Wong does this without fear by relying on our one nugget of shared understanding – Shangri-la. What is paradise after all but knowing and being known? “You sit in front of this painting, and it overwhelms you.” – reveals our specialist Isabella Lauria, –

“We get lots in our dreams, and this painting makes me feel lost in the best way.” Post-War and Contemporary Art Day sale, October 7 2020

Matthew Wong was a Canadian artist. Self-taught as a painter, Wong received critical acclaim for his work before his death in 2019 at the age of 35. Roberta Smith, co-chief art critic at The New York Times, has praised Wong as “one of the most talented painters of his generation.”

We are LIVE from our Impressionist, Modern & Surrealist Art Evening Sale in London. Watch as works by Van Gogh, Duchamp, Pissarro, Signac, Kirchner, Miro, Giacometti, Léger, Chagall and Picabia go under the hammer!

Peter Doig (b. 1959) is a Scottish artist, who is celebrated as one of the most important representational painters working today. He has held several solo exhibitions including at the Scottish National Gallery in Edinburgh, Faurschou Foundation in Beijing, Louisiana Museum of Modern Art in Humlebæk, Musée des Beaux-Arts de Montreal, Musée d’Art Moderne de la Ville de Paris, and Tate Britain in London. His works are held in the collections of the Art Institute of Chicago, the National Gallery of Art in Washington, D.C., and Schirn Kunsthalle in Frankfurt, among others. Doig has received several prestigious awards such as the Prix Eliette von Karajan (1994) and the Wolfgang Hahn Prize of the Society for Modern Art (2008).

Karl Ove Knausgård (b. 1968) is a Norwegian author, internationally recognized for his prizewinning novel ‘My Struggle’. The novel, in which the author describes his own life, is in six volumes spanning over 3,000 pages. He is also the author of a four-volume series following the seasons – ‘On Spring’, ‘On Summer’, ‘On Fall’ and ‘On Winter’ (2015-16), ‘Inadvertent (Why I Write) (2018), and ‘So Much Longing in So Little Space: The Art of Edvard Munch’ (2019). Knausgård is the recipient of several prestigious prizes including the Austrian State Prize for European Literature.

Edvard Munch (1863-1944) is a Norwegian painter and one of the most important artists of the early 20th century. Munch was part of the Symbolist movement in the 1890s, and a pioneer of Expressionism. Among his most iconic paintings are ‘The Scream’ and ‘The Sick Child’.

Peter Doig and Karl Ove Knausgård were on stage with Christian Lund at Kunstsammlung Nordrhein-Westfalen in Düsseldorf in connection with the exhibition ‘Edvard Munch’, curated by Karl Ove Knausgård, in November 2019.

A film by Eric Minh Swenson.

My paintings are inspired by an intensely personal introspective journey of life, from the ever-changing complexities of love, loss, birth, and death. The context of my work is what I call, “Absence and Presence” pertaining to how someone or something can be physically gone, but the essence still remains. Capturing the physical mixed with spirituality on canvas. My application of paint is an extension of that thought process. Continuously building up and tearing down, layer upon layer, adding and subtracting. A visceral dance between the conscious and the unconscious until the emotion is expressed. Painting the essence of something rather than a depiction. My message is about the human condition, that joy is sweetened by the memory of the pain endured to reach it.

From a VoyageLA online article: http://voyagela.com/interview/art-life-mark-acetelli/