High above the sacred Navajo land of Monument Valley, two hot air balloons float, circling each other as if in a dance. One carries the German flag, the other that of the United States. A closer look reveals that the balloons are not only tethered together, but that a person is walking on this thin, connecting line.

This is the sight that the protagonist of the short film #buildingbridges beholds, as he steps out of his humble Utah home and looks up at the sky. An old and lonely man, he finds his own courage through the actions of these strangers.

This balancing act in movie form by the young creative agency One Inch Dreams (oneinchdreams.com) was commissioned by the German Embassy as a tribute to German-American friendship.

It’s not always what we achieve that defines us, rather it is why we achieve such things that creates clarity in our existence.

In 2018, Hilaree Nelson and Jim Morrison completed the first ski descent of the 27,940-foot Lhotse, the fourth-highest mountain in the world. This is their story.

Back in 2017, my buddy Kyle and I flew out to Inner Lake George, just next to Knik Glacier. We found an old canoe and Kyle paddled out through a freezing slushy layer of broken ice. It was incredible, beyond incredible. Check out that shot here to understand what I’m talking about. Ever since then, I have always wanted to keep exploring remote glacier areas and keep creating abstract, adventurous aerials and stories.

Especially considering places and scenes like these won’t be around much longer the ways things are going. So after that first trip, I ended up getting a couple of inflatable paddleboards, thanks to my friends at Body Glove and had high hopes of flying them out to some cool places in the near future. But after a year of non-stop travel and putting things off, I finally got my ideas together, got my buddy Jussi onboard and we set off on some of the most epic adventures I have been a part of to date. 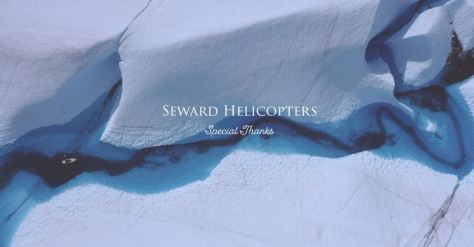