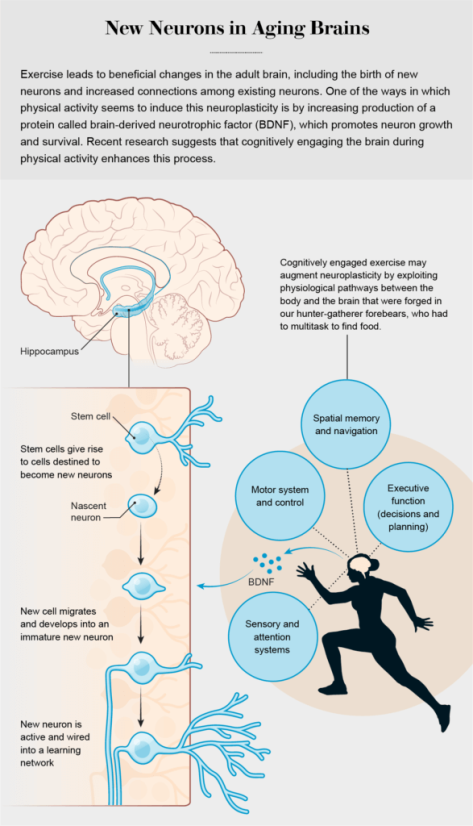 Researchers have also documented clear links between aerobic exercise and benefits to other parts of the brain, including expansion of the prefrontal cortex, which sits just behind the forehead. Such augmentation of this region has been tied to sharper executive cognitive functions, which involve aspects of planning, decision-making and multitasking—abilities that, like memory, tend to decline with healthy aging and are further degraded in the presence of Alzheimer’s. Scientists suspect that increased connections between existing neurons, rather than the birth of new neurons, are responsible for the beneficial effects of exercise on the prefrontal cortex and other brain regions outside the hippocampus.