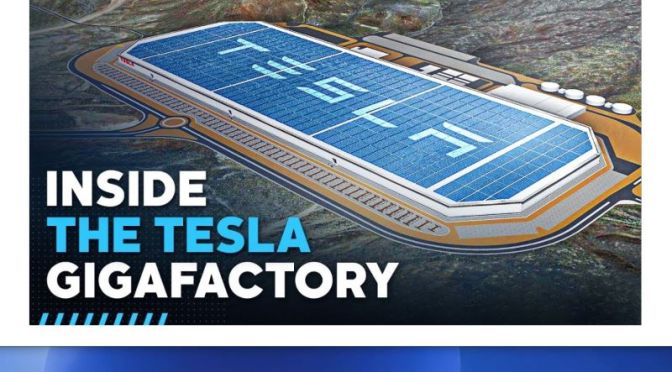 Tesla is by far one of the most successful companies in modern history. They popularized fully electric cars and created a massive demand among the public. With a market cap of around 380 billion dollars, Tesla is growing by the day.

But to keep up with orders Tesla built a futuristic facility called the Gigafactory. Today we’re taking a look inside the Tesla Gigafactory. Tesla currently produces about 350,000 cars a year—far fewer than the public demands. But they have ambitions to ramp up production to more than 20 million cars a year.

This bold strategy will require numerous advances in their current chain of production, including several larger factories, which are currently being built all over the world. But the bedrock of Tesla’s production line is their Gigafactory in Sparks, Nevada. The company’s first fully built factory will serve as the model for what eventually could be a dozen massive Tesla factories globally.