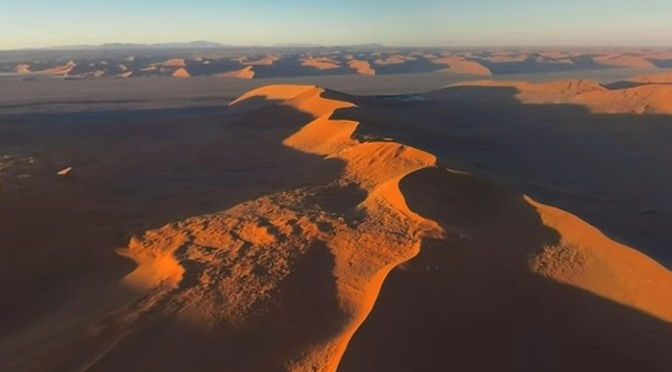 AirPano VR – Namib, Portuguese Namibe, a cool coastal desert extending for 1,200 miles (1,900 km) along the Atlantic coast of Africa from Namibe (formerly Moçâmedes) in Angola southward across Namibia to the Olifants River in the Western Cape province of South Africa. It reaches inland 80 to 100 miles (130 to 160 km) to the foot of the Great Escarpment. The southern portion merges with the Kalahari on the plateau atop the escarpment. Its name is derived from the Nama language, implying “an area where there is nothing.”

The Namib is arid and is almost totally uninhabited, except for a small number of scattered towns. It is important because of the trade routes that cross it, its mineral deposits, the fisheries of the bordering sea, and its increasing utilization for recreational purposes. 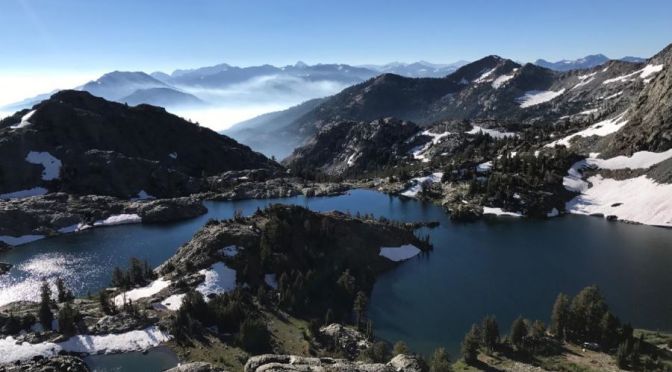 California, home to lush forests, mountains, deserts, and hundreds of miles of coastline. From the redwood forests in the north, to the Sierra Nevada Mountains in the east, to the Mojave Desert in the south. California has some of the most amazing scenery in the United States. The state claims the tallest point in the lower 48 with Mount Whitney to the lowest point at Badwater Basin in Death Valley, only about 85 miles apart as the crow flies. California also has some of the oldest, tallest, and largest trees in the world.

This film was shot over the span of almost five years beginning in late 2018 and is my first attempt at a full length timelapse film. Being a California native I found the subject of my own home state as the perfect project. During that time I shot over 43,000 images as part of this project producing over a hundred individual timelapse clips from some of my most favorite locations in the state. And while there have been many timelapse films on California, this is my version which I’m proud to share.

Special thanks to the many friends who accompanied me on many of the shoots, often to help carry heavy camera gear over miles of hiking trails and spent many hours waiting around while my cameras clicked away. Their help and support it greatly appreciated.

Filmed and Edited by: Jason Refuerzo 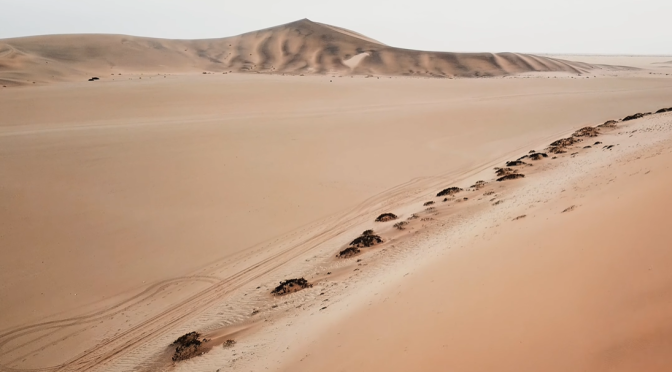 The Namib is a coastal  desert  in  Southern Africa. The name Namib is of Khoekhoegowab origin and means “vast place”. According to the broadest definition, the Namib stretches for more than 2,000 kilometres (1,200 mi) along the Atlantic coasts of Angola, Namibia, and South Africa, extending southward from the Carunjamba River in Angola, through Namibia and to the Olifants River in Western Cape, South Africa.[2][3][4] The Namib’s northernmost portion, which extends 450 kilometres (280 mi) from the Angola-Namibia border, is known as Moçâmedes Desert, while its southern portion approaches the neighboring Kalahari Desert. From the Atlantic coast eastward, the Namib gradually ascends in elevation, reaching up to 200 kilometres (120 mi) inland to the foot of the Great Escarpment.[2] 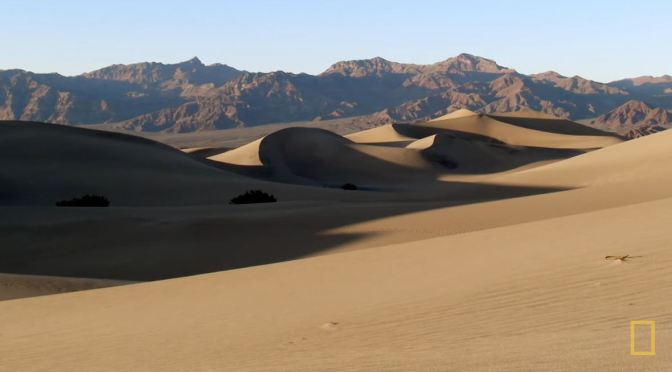 Death Valley is a desert valley in Eastern California, in the northern Mojave Desert, bordering the Great Basin Desert. During summer, it is one of the hottest places on Earth, along with deserts in the Middle East and the Sahara. 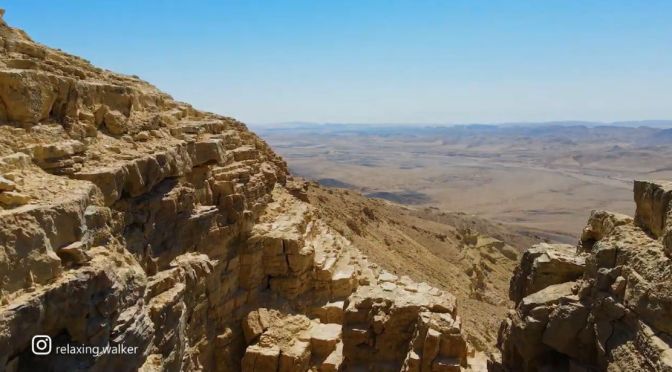 The Negev is a large desert region in southern Israel. Its main city is Be’er Sheva. Here, the Old City is home to the Negev Museum of Art, with contemporary Israeli and international exhibitions. Nearby is Abraham’s Well, a cultural center with interactive exhibits about the story of Abraham. East of the city, Tel Be’er Sheva is a prehistoric settlement mound with ruins, plus a lookout tower with desert views. 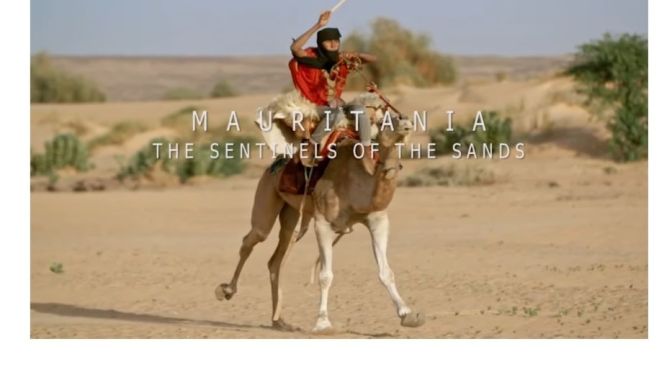 Mauritania, officially the Islamic Republic of Mauritania, is a sovereign state in Northwest Africa. It is bordered by the Atlantic Ocean to the west, Western Sahara to the north and northwest, Algeria to the northeast, Mali to the east and southeast, and Senegal to the southwest.

In human cultures in general, and perhaps particularly in Africa, the landscape is the first shrine of tradition. From the sand dunes of Mauritania to the currents of River Senegal, to the Lions of the Beninese savannah to the spirits of the forests of Gabon, this series explores the origin, the nature and the survival of deep links between several populations in West Africa and their habitat.

Each episode takes us to discover an emblematic landscape: the river (Senegal), the desert (Mauritania), the forest (Gabon) and the savannah (Benin). A compass of escape and meeting which rests on two main pillars: the spectacular character of the places, often classified with the UNESCO world heritage, and the charisma of the main characters who are transmitters of their respective traditions. 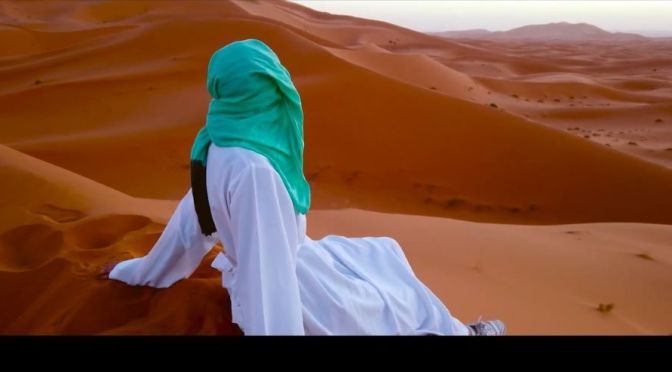 Few places on earth compare to the Sahara Desert, a natural wonder of vast plains and sun-baked dunes that dominates the south and east of Morocco. The world’s largest hot desert, the Sahara stretches a staggering 5.6 million square miles (9 million square kilometers) over several countries. Hemmed in by the Atlas mountain range, the Saharan sands are one of Morocco’s many highlights. 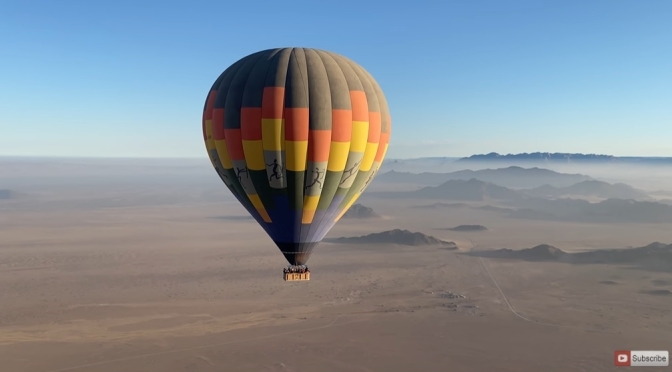 The Namib is a coastal desert in Southern Africa. The name Namib is of Khoekhoegowab origin and means “vast place”.

Namibia, a country in southwest Africa, is distinguished by the Namib Desert along its Atlantic Ocean coast. The country is home to diverse wildlife, including a significant cheetah population. The capital, Windhoek, and coastal town Swakopmund contain German colonial-era buildings such as Windhoek’s Christuskirche, built in 1907. In the north, Etosha National Park’s salt pan draws game including rhinos and giraffes. 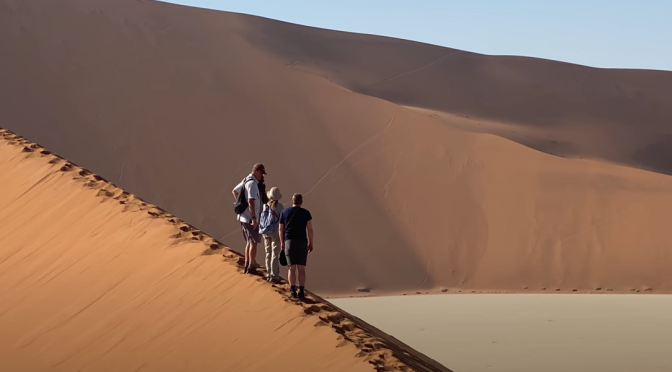 Namibia, a country in southwest Africa, is distinguished by the Namib Desert along its Atlantic Ocean coast. The country is home to diverse wildlife, including a significant cheetah population. The capital, Windhoek, and coastal town Swakopmund contain German colonial-era buildings such as Windhoek’s Christuskirche, built in 1907. In the north, Etosha National Park’s salt pan draws game including rhinos and giraffes. 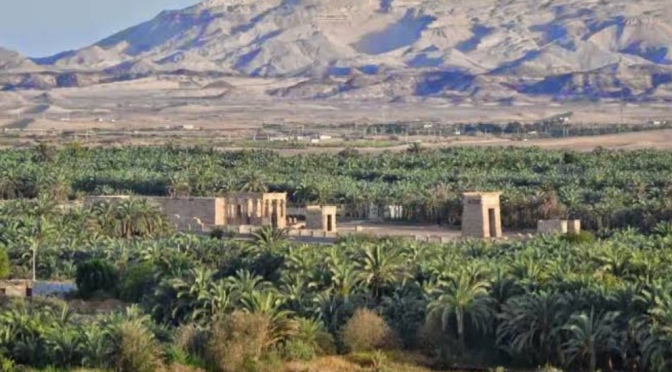 This film will take you through a quick tour throughout the New Valley, Egypt’s Largest governorate which occupies almost 45% of its total area, where you will get to see some of its most important touristic sights.

The New Valley is located near Egypt’s western borders and includes different oases like Dakhla, Kharga, Farafra, Paris and the White Desert, and is filled with lots of monuments and historical sights.