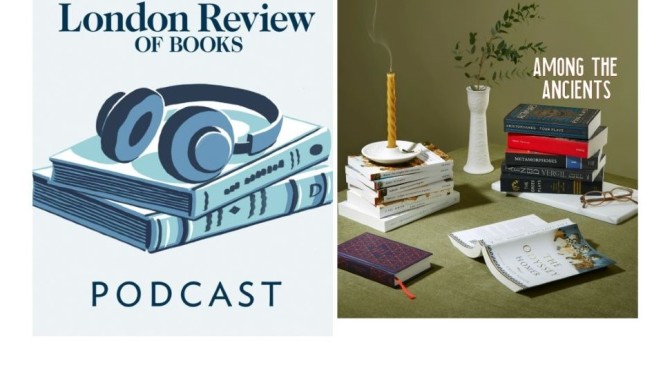 London Review of Books (LRB) – December 9, 2022: Among the Ancients, with Emily Wilson and Thomas Jones, which we’ll be re-running from January next year. With a new episode each month, Among the Ancients will consider some of the greatest works of Ancient Greek and Roman literature, from Homer to Horace. In this sample Emily and Tom discuss the Iliad.

Among the Ancients: The ‘Iliad’

A sample from the first episode of the Close Readings series from Emily Wilson and Thomas Jones.

Dating to the ninth century B.C., Homer’s timeless poem still vividly conveys the horror and heroism of men and gods wrestling with towering emotions and battling amidst devastation and destruction, as it moves inexorably to the wrenching, tragic conclusion of the Trojan War. Renowned classicist Bernard Knox observes in his superb introduction that although the violence of the Iliad is grim and relentless, it coexists with both images of civilized life and a poignant yearning for peace.