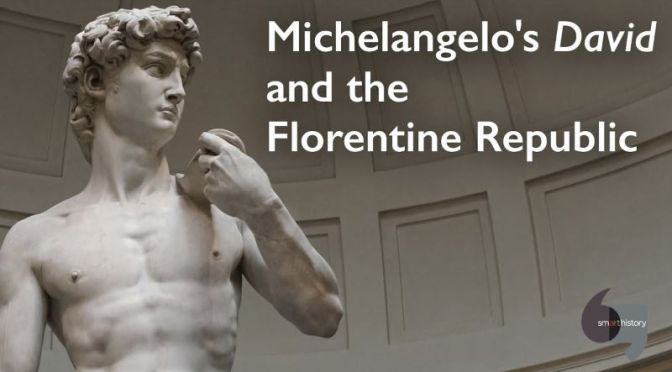 This astonishing Renaissance sculpture was created between 1501 and 1504. It is a 14.0 ft marble statue depicting the Biblical hero David, represented as a standing male nude. Originally commissioned by the Opera del Duomo for the Cathedral of Florence, it was meant to be one of a series of large statues to be positioned in the niches of the cathedral’s tribunes, way up at about 80mt from the ground. Michelangelo was asked by the consuls of the Board to complete an unfinished project begun in 1464 by Agostino di Duccio and later carried on by Antonio Rossellino in 1475. Both sculptors had in the end rejected an enormous block of marble due to the presence of too many “taroli”, or imperfections, which may have threatened the stability of such a huge statue. This block of marble of exceptional dimensions remained therefore neglected for 25 years, lying within the courtyard of the Opera del Duomo (Vestry Board).