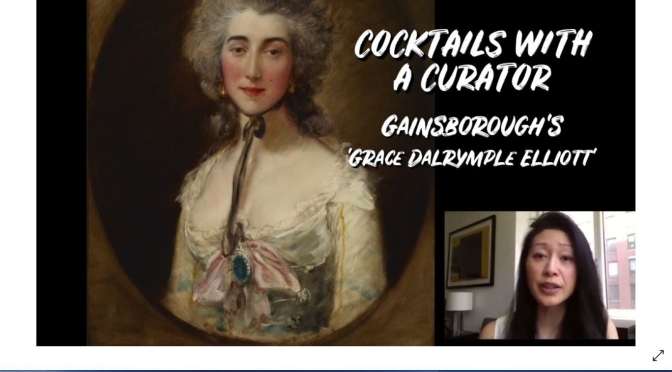 In this week’s episode of “Cocktails with a Curator,” Curator Aimee Ng studies Thomas Gainsborough’s scandalous portrait of Grace Dalrymple Elliott. Discover why this painting met with a negative reception when it was shown at the Royal Academy in 1782. Mrs. Elliott later moved to France, where she lived through the Reign of Terror and died in 1823 in the outskirts of Paris. This week’s complementary cocktail is the Pimm’s Cup, a traditional summer drink in Britain.

Thomas Gainsborough RA FRSA was an English portrait and landscape painter, draughtsman, and printmaker. Along with his rival Sir Joshua Reynolds, he is considered one of the most important British artists of the second half of the 18th century.