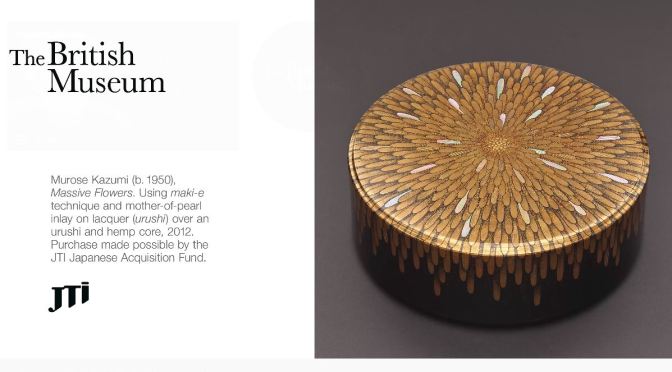 The British Museum has been collecting artworks made by Japanese Living National Treasures since 2007, but what is a Living National treasure and why are they so important to Japanese Cultural Heritage? In this film Nicole Rousmaniere, research director of SISJAC and Hayashida Hiyaki of the Japan Kōgei Association talk all about the Living National treasures programme and highlight some of the most beautiful pieces of Japanese craftsmanship collected by the Museum.