OpenAI helps spot AI text before it gets used for cheating

OpenAI’s AI Text Classifier aims to spot content generated by AI platforms before it can be used by bad actors, but the company admits it’s not perfect

A week is a long time in artificial intelligence, so here’s a round-up of the AI Magazine articles that have been starting conversations around the world

0:15 Solar powered car drives 1000kms – The Sunswift 7 weighs just 500kg. While an average car weighs between 1,500 and 2,000kg and boasts incredibly low rolling resistance due to its shape. A team at UNSW Sydney designed and built the car. Which completed 240 laps of a special test circuit. Equal to driving from Sydney to Melbourne, plus 100km.

1:32 3D printed bionic arms – Cure Bionics 3D-printed prosthetics are lightweight and muscle-controlled. They can be attached without surgical intervention and are charged wirelessly by solar power. The arms can be printed and ready within a week at the cost of just $3,000. Other providers can take months and charge up to $100,000. Cure Bionics’ arms are available for children with limb differences aged 8 and up. The low weight makes them easy for kids to operate. An immersive VR training programme helps patients learn to use their arms even before it’s made. Cure Bionics was founded in Tunisia, where the start-up has already launched a prototype. In spring 2023, it’s releasing a public version.

3:17 Geneva introduces driverless buses – 15 self-driving minibuses will be deployed in 2025. Providing an on-demand, door-to-door service, 24 hours a day. This pilot project will run for 1 year alongside similar schemes in Germany and Norway.

4:55 Implants restore vision to blind people – The implants were given to 20 people by scientists at Sweden’s Linköping University and LinkoCare Life Sciences. 14 were blind and 6 were on the verge of losing their sight. After 2 years, none of them were blind. 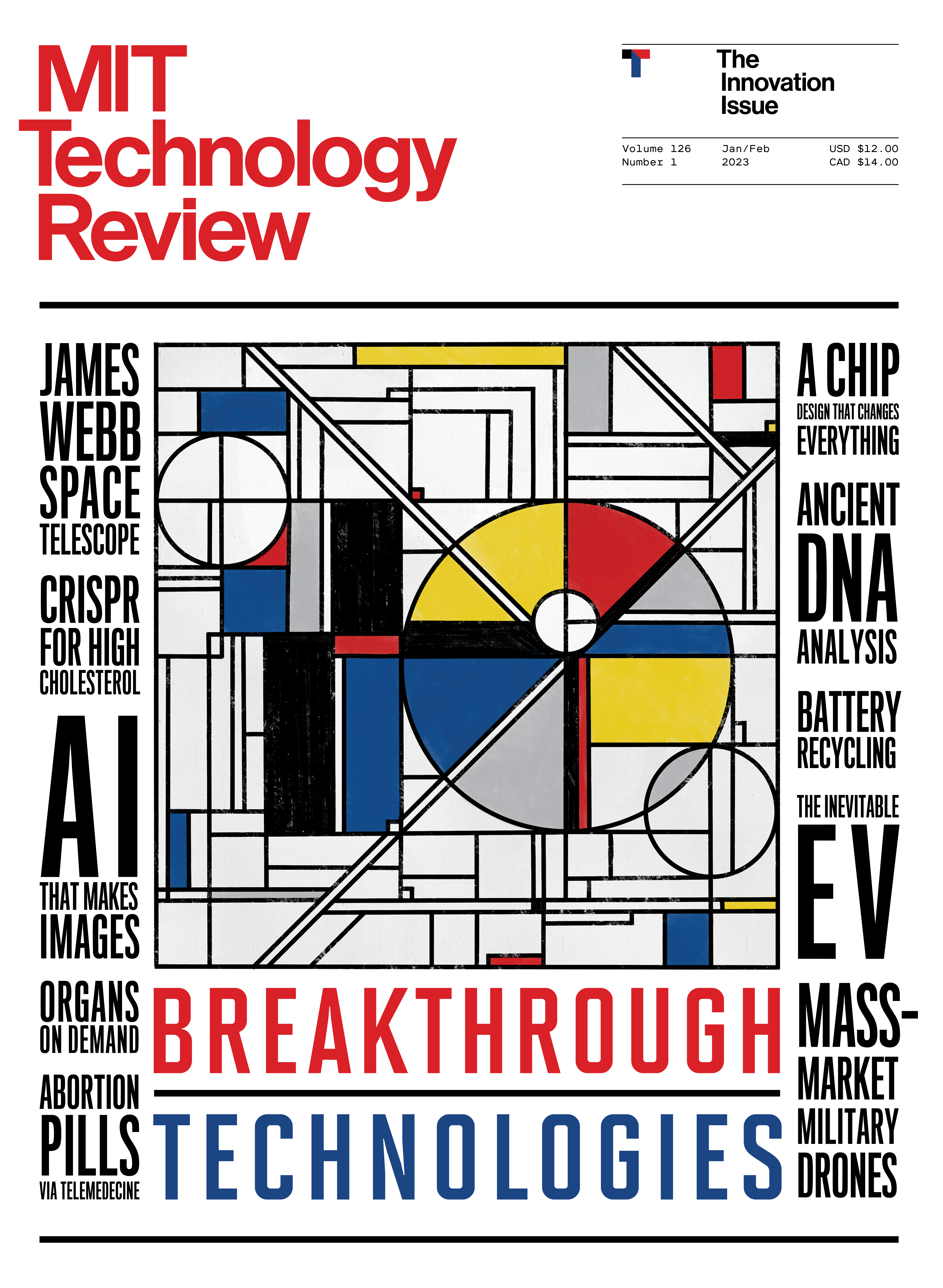 Our annual look at 10 Breakthrough Technologies—including CRISPR for high cholesterol, battery recycling, AI that makes images, and the James Webb Space Telescope—that will have a profound effect on our lives. Plus care robots, 3-D printing pioneers, and chasing bugs on the blockchain.

Generative AI is changing everything. But what’s left when the hype is gone?

No one knew how popular OpenAI’s DALL-E would be in 2022, and no one knows where its rise will leave us.

AI is bringing the internet to submerged Roman ruins

The technology is making it easier to monitor underwater archaeological sites.

Freethink – Robotics are helping make minimally invasive surgeries even less invasive. Case in point: single-port robotic surgery, a relatively new type of approach where a robotic system controlled by a human surgeon executes the procedure by making only one incision into the patient.

The technique is also transforming how surgeons think about and execute surgery itself. “It’s allowing us to do surgeries differently than we do with [multi-port surgery],” said Michael Stifelman, M.D., director of robotic surgery at Hackensack University Medical Center. “What every patient wants is to get back to their life. Single-port robotics is allowing us to get them to that point more quickly.”

Learn more about the future of single-port surgery in this episode of “Operation: Reimagine Surgery,” a Freethink original series produced in partnership with Intuitive, which created the world’s first commercially available robotic surgery system in the 1990s.

This year’s crop of winning products features many with a clinical focus and others that represent significant advances in sequencing, single-cell analysis, and more.

Chaperone robots have helped the world’s elderly overcome loneliness and social isolation worsened by the pandemic. But where most bots need prompting, ElliQ is proactive: the voice-operated AI-powered “personal sidekick” initiates conversation and helps its human companion develop healthy habits—social, physical, and mental.

Hearing aids are often stigmatized as a device for the old or infirm. But the latest hearing aids are anything but old–fashioned: they’re teched out with AI, fitness trackers, streaming capability, and more. Now Phonak is out with the first commercially available hearing aid with a heart-rate sensor. Audéo Fit’s receiver-in-canal device tracks fitness data, such as steps, activity level, and distance walked, while also monitoring the wearer’s heart rate when paired with the MyPhonak app.

Capitalizing on advances in artificial intelligence and digital signal processing, Esper Bionics’ prosthetic hand is the first AI-powered, cloud-based robotic prosthetic that gets smarter over time. The lightweight device has up to 24 wearable sensors that detect and process muscle activity and brain impulses; machine learning from Esper’s platform enables the hand to act more “intuitively” over time.

The Sweet and Sticky History of the Date

Throughout the Middle East, the versatile fruit has been revered since antiquity. How will it fare in a changing world?

This Guatemalan Village Is Becoming a Work of Art

To help boost its appeal to tourists, local residents are transforming their lakeside town into a living art installation

00:16 Why more people than ever are short-sighted – The trend is worst in children and young adults, and half the world’s population could be short sighted by 2050.

01:37 Six species saved from extinction – Recent ecosystem restorations have rescued some species from the brink of extinction.

03:30 You could soon 3D-print furniture at home – Scientists from the Hebrew University of Jerusalem have developed a new wood-based ink that can be used for making 3d printed furniture

04:48 How Dark Data Affects Your Carbon Footprint -Companies generate 3.5 trillion gigabytes of dark data every day. But what is dark data?

Diving into some of the most innovative ideas across retail, city planning, policy, technology and construction. Ideas that will truly change the way we think about sustainability in 2022