Kite Surfing may look easy on the outset, but without knowing the science behind it you may see a lot more failure than success. 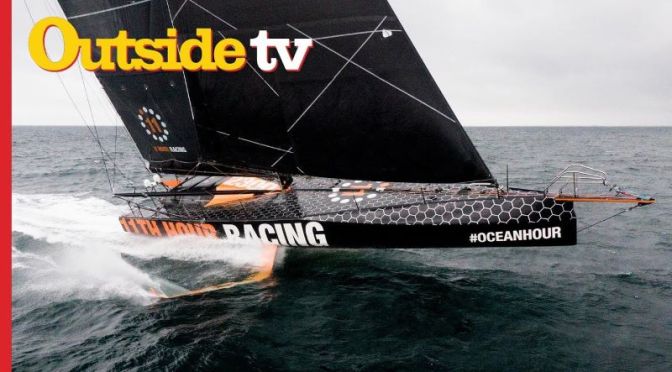 After the start of The Ocean Race was delayed until 2021, due to Covid-19, the 11th Hour Racing Team decided to relocate their new IMOCA 60 sailing vessel from France back to the team’s home base in Newport, RI. Outside TV rides along on their transatlantic voyage.

The Ocean Race, the world’s toughest, fully-crewed around the world sailing race, has enthralled and inspired a global audience since 1973.

At the same time it has provided new perspectives on the ocean that covers more than 70% of our blue planet, bringing some of the most remote corners of the Earth up close and personal for viewers around the world.

Recent years have seen a growing awareness of the challenges facing the ocean and an increasing appreciation of the fundamental role it plays in maintaining the health of the planet.

Live to Sea – A saga that follows Freddie Meadows on his tireless quest along the rugged edges of Sweden, in search of the region’s greatest waves; one of the final frontiers within surfing.

“This journey has been long and beautiful. A journey that I feel in many ways has just begun; the majority of which remains undocumented due to the mystical nature and spontaneity of the Baltic Sea. It was early autumn of 2019, I was anchored behind an island when the name Live to Sea came to mind. It was the perfect description of what I do, of what all of us surfers do in some way. Live to Sea is for anyone and everyone who feels connected to the ocean, sea or any waters. For me this film is a tribute to the missions and moments that went unseen. Most importantly it is a tribute to the magic of nature and the sea. “

What does it mean to be connected to our food? What is the balance between taking life and giving life?

Based on the North Shore of O’ahu, IMPRINT is the story of two souls, whose lives have intertwined with the ocean. Shane Hamamoto, who has lost the ability to spearfish and dive, from barometric trauma now expresses his passion for the ocean through Gyotaku – the traditional art of Japanese fish printing.

Alicia Holland, a young spearfisher woman from the Big Island of Hawai’i, has taken her love for the ocean to support her family and as an outlet through nature. She recognizes that she is growing up in an age of abundance and grocery stores – the aching unnaturalness of modern amenities has had her resort back to the thrill of the hunt.

We follow her life as she navigates the taboos and rewards associated with spearfishing.