A stunningly illustrated guide to the wonderful world of hummingbirds.

With their dazzling colors, glittering iridescent feathers, fantastic adornments, astonishing powers of flight, and many other unique characteristics, hummingbirds are among the world’s most extraordinary birds – true jewels of nature. This beautifully designed book offers a celebration of all aspects of hummingbirds and their world, presenting the latest scientific information in an accessible style and featuring hundreds of the most spectacular photographs of hummingbirds ever taken, all enhanced by wonderful artwork.

A familiar sight across much of the Americas, hummingbirds have long captured the imagination and played an important part in myths, legends, and other aspects of human culture. Today, hummingbirds are some of the most popular of all birds, sought after by serious and casual birders alike. They are birds that inspire questions in anyone lucky enough to see them. How can they fly like that? Why are they so colorful? How many are there? And where and how do they live? This book answers these and many other questions, offering an enlightening and enjoyable guide to hummingbirds that only deepens their wonder.

A definitive yet accessible account of all aspects of hummingbird life; More than 500 spectacular color photographs; Specially commissioned illustrations; Facts and figures on status, population, distribution, and conservation designations of all the world’s hummingbirds.

In this inspiring manifesto, an internationally renowned ecologist makes a clear case for why protecting nature is our best health insurance, and why it makes economic sense.

Enric Sala wants to change the world–and in this compelling book, he shows us how. Once we appreciate how nature works, he asserts, we will understand why conservation is economically wise and essential to our survival.

Here Sala, director of National Geographic’s Pristine Seas project (which has succeeded in protecting more than 5 million sq km of ocean), tells the story of his scientific awakening and his transition from academia to activism–as he puts it, he was tired of writing the obituary of the ocean. His revelations are surprising, sometimes counterintuitive: More sharks signal a healthier ocean; crop diversity, not intensive monoculture farming, is the key to feeding the planet.

Using fascinating examples from his expeditions and those of other scientists, Sala shows the economic wisdom of making room for nature, even as the population becomes more urbanized. In a sober epilogue, he shows how saving nature can save us all, by reversing conditions that led to the coronavirus pandemic and preventing other global catastrophes. With a foreword from Prince Charles and an introduction from E. O. Wilson, this powerful book will change the way you think about our world–and our future.

‘The Well-Gardened Mind’ provides a new perspective on the power of gardening to change people’s lives. Here, Sue Stuart-Smith investigates the many ways in which mind and garden can interact and explores how the process of tending a plot can be a way of sustaining an innermost self.

Volume on! Listen to an excerpt from #TheWellGardenedMind read by author @suestuartsmith, which explores the healing effects of gardening and its ability to decrease stress and foster mental well-being. CC: @ScribnerBooks pic.twitter.com/Pu1myiMCF3

A distinguished psychiatrist and avid gardener offers an inspiring and consoling work about the healing effects of gardening and its ability to decrease stress and foster mental well-being in our everyday lives.

The garden is often seen as a refuge, a place to forget worldly cares, removed from the “real” life that lies outside. But when we get our hands in the earth we connect with the cycle of life in nature through which destruction and decay are followed by regrowth and renewal. Gardening is one of the quintessential nurturing activities and yet we understand so little about it.

Stuart-Smith’s own love of gardening developed as she studied to become a psychoanalytic psychotherapist. From her grandfather’s return from World War I to Freud’s obsession with flowers to case histories with her own patients to progressive gardening programs in such places as Rikers Island prison in New York City, Stuart-Smith weaves thoughtful yet powerful examples to argue that gardening is much more important to our cognition than we think. Recent research is showing how green nature has direct antidepressant effects on humans. Essential and pragmatic, The Well-Gardened Mind is a book for gardeners and the perfect read for people seeking healthier mental lives. 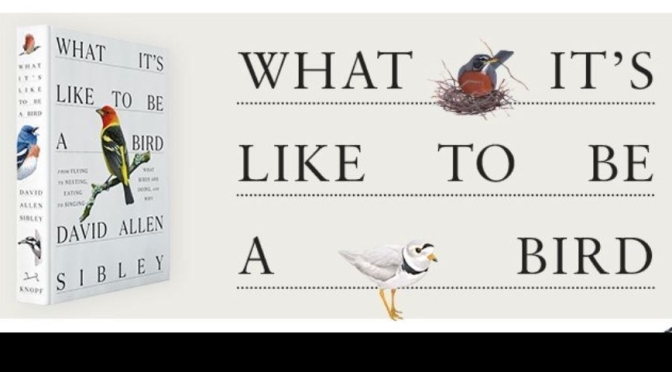 While its focus is on familiar backyard birds–blue jays, nuthatches, chickadees–it also examines certain species that can be fairly easily observed, such as the 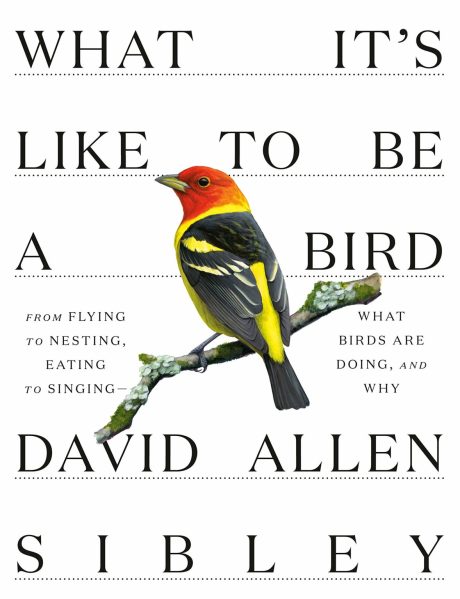 The bird book for birders and nonbirders alike that will excite and inspire by providing a new and deeper understanding of what common, mostly backyard, birds are doing–and why.

“Can birds smell?” “Is this the same cardinal that was at my feeder last year?” “Do robins ‘hear’ worms?” In What It’s Like to Be a Bird, David Sibley answers the most frequently asked questions about the birds we see most often. This special, large-format volume is geared as much to nonbirders as it is to the out-and-out obsessed, covering more than two hundred species and including more than 330 new illustrations by the author.

And while the text is aimed at adults–including fascinating new scientific research on the myriad ways birds have adapted to environmental changes–it is nontechnical, making it the perfect occasion for parents and grandparents to share their love of birds with young children, who will delight in the big, full-color illustrations of birds in action. Unlike any other book he has written, What It’s Like to Be a Bird is poised to bring a whole new audience to David Sibley’s world of birds.

DAVID ALLEN SIBLEY is the author and illustrator of the series of successful guides to nature that bear his name, including The Sibley Guide to Birds. He has contributed to Smithsonian, Science, The Wilson Journal of Ornithology, Birding, BirdWatching, North American Birds, and The New York Times. He is a recipient of the Roger Tory Peterson Award for Promoting the Cause of Birding from the American Birding Association and the Linnaean Society of New York’s Eisenmann Medal. He lives and birds in Massachusetts.

From a Cotswold Life online interview/review:

“I suppose I started off with a fairly literal view of the world,” he says. “But, quite early on, it became clear to me that there was much more going on than simply the picture I was seeing; that the natural world had an agenda of its own; that it was going to live out life, regardless of how we viewed it and how we used it; and, indeed, regardless of the fancy metaphors that we used.”

Oh my goodness. Where to begin?

I could start with the ‘Praying Beech’ – a tree whose (‘whose’? The human possessive feels simultaneously wrong and yet just right) two branch stubs clasped each other like hands. Once, when the rain fell in an apocalyptic burst, Richard Mabey watched its bark melt in front of his eyes. It was, of course, no stranger to extremes of weather: one summer past, the tree had been split by lightning, bees hunkering down in its newly-created hollows. Sometime later, a storm had toppled it, leaving fungi free to colonise its delicious surfaces: knobbly coral spots; dead man’s fingers rising corpse-like from the tree’s own rot; white porcelain tufts, like Royal Worcester plates awaiting a delicate slice of egg-yellow sponge.