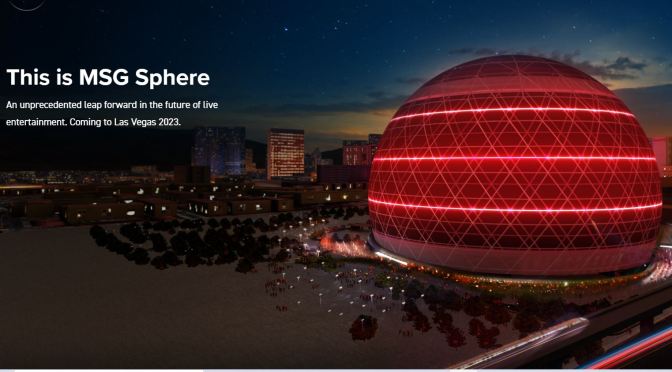 The world-first spherical structure, containing the world’s largest and highest resolution LED screen that will not only transform the Las Vegas skyline, but quite literally reshape the live entertainment industry.

Since the days of Dean Martin and the Rat Pack in the 1960’s Las Vegas has been renowned for live entertainment and between showcase fights and residencies from Lady Gaga, Celine Dion, Britney Spears and Magic Mike the city is constantly raising the bar with what it has to offer.

Its latest offering, developed by Madison Square Garden Entertainment and located just off the strip behind the Venetian, is unlike anything anywhere else on Earth.