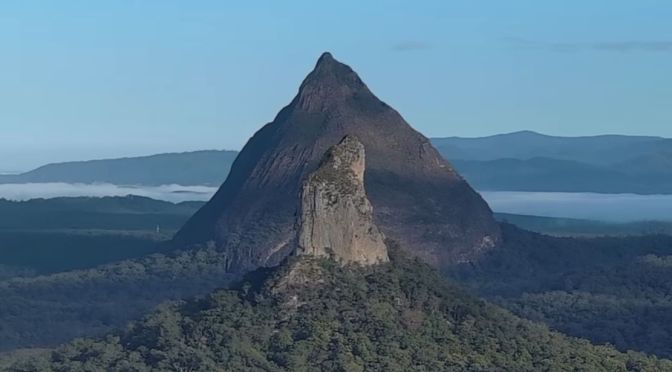 Mount Ngungun, generally known as “Gun Gun”, is located an hours drive north of the city of Brisbane in south east Queensland, Australia. Mount Ngungun is the sixth tallest of the Glass House Mountains at 253 metres. The summit provides spectacular 360 degree views of nearby Mt Tibrogargan, Mt Tibberoowuccum, Mt Coonowrin and Mt Beerwah.

It is a very popular hike due to its relative ease and fantastic views, and has a well maintained walking trail to the summit. The trail from carpark is not as steep as the other higher mountains and is open to beginners. The south face contains steeper, unmarked but well known rock climbing routes.