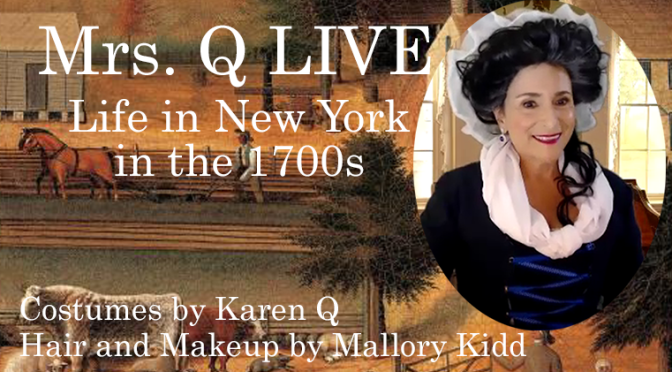 Karen Q is a Revolutionary War and Founding Era historian. She is the author of Theodosia Burr: Teen Witness to the Founding of a New Nation, 21st Century Imprints, Lerner Books. She also appears in area Revolutionary War reenactments as “Mrs. Q”. Karen is a regular cast member of the Travel Channel’s *Mysteries at the Museum* and has appeared on more than twenty episodes. You can see a full list of episodes here.