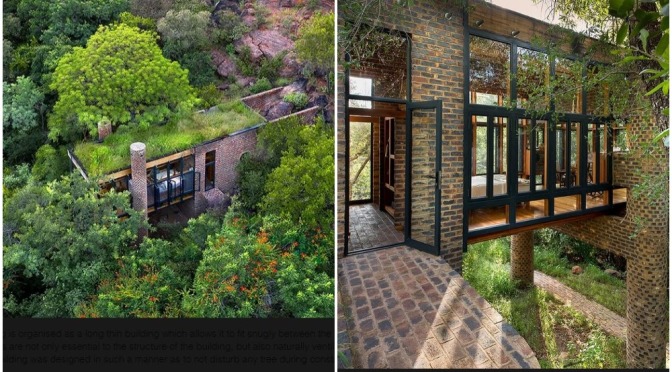 The brief: A bed amidst the trees; a shower amongst the rocks, the site sits in a nature conservation in rural South Africa; where trees and shrubs and rocks create the architectural backdrop for any home.

A bedroom that opens itself out into the treescape; that invites in the smells, and wind, and rustle; a bathroom that grounds itself against the landscape; that speaks of earth, and rock, and shrub.

The idea: The originating idea was to root the bathroom into the rockscape, whilst allowing the bedroom to float amongst the trees. The building is organised as a long thin building which allows it to fit snugly between the forest trees. The two chimneys are not only essential to the structure of the building, but also naturally ventilate the bedroom  (the building was designed in such a manner as to not disturb any tree during construction).