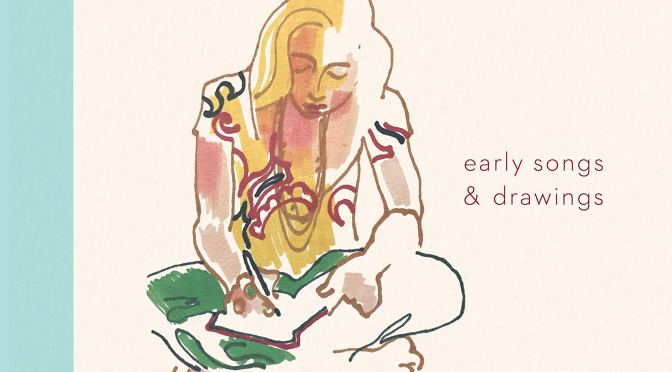 From a New Yorker online article: 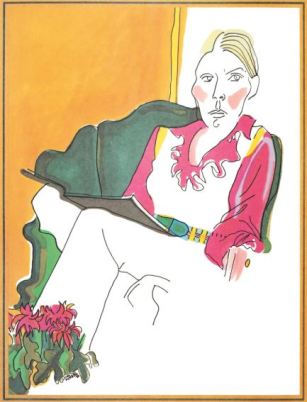 I became engrossed in Mitchell’s drawings while browsing the book—they’re vivid, intimate—but her handwritten lyrics and poems are just as revelatory. It’s hard not to think about art-making of any kind as an alchemical process, in which feelings and experiences go in and something else comes out. Whatever happens in between is mysterious, if not sublime: suddenly, an ordinary sensation is made beautiful. Our most profound writers do this work with ease, or at least appear to. Mitchell’s lyrics are never overworked or self-conscious, and she manages to be precise in her descriptions while remaining ambiguous about what’s right and what’s wrong; in her songs, the cures and the diseases are sometimes indistinguishable. 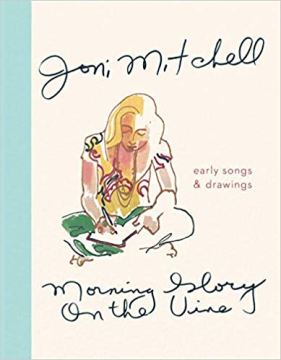 Joni Mitchell, in the foreword to “Morning Glory on the Vine,” her new book of lyrics and illustrations, explains that, in the early nineteen-seventies, just as her fervent and cavernous folk songs were finding a wide audience, she was growing less interested in making music than in drawing. “Once when I was sketching my audience in Central Park, they had to drag me onto the stage,” she writes. Though Mitchell is deeply beloved for her music—her album “Blue” is widely considered one of the greatest LPs of the album era and is still discussed, nearly fifty years later, in reverent, almost disbelieving whispers—she has consistently defined herself as a visual artist. “I have always thought of myself as a painter derailed by circumstance,” she told the Globe and Mail, in 2000. At the very least, painting was where she directed feelings of wonderment and relish. “I sing my sorrow and I paint my joy,” is how she put it.