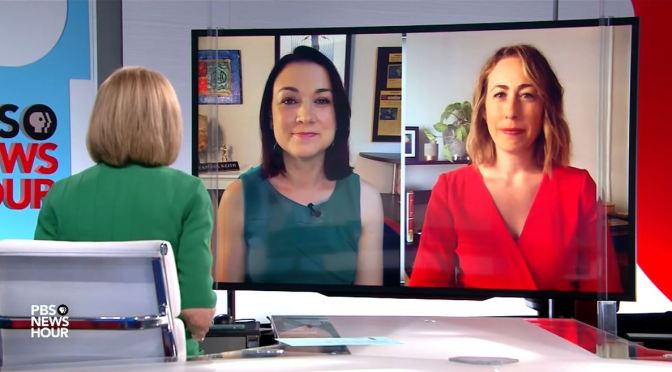 NPR’s Tamara Keith and Lisa Lerer of The New York Times join Judy Woodruff to discuss the latest political news, including President Joe Biden’s message in Europe, Vice President Kamala Harris’ diverse and challenging portfolio, how it all affects Republican strategy for the midterm elections and what role former President Donald Trump plays in his party. 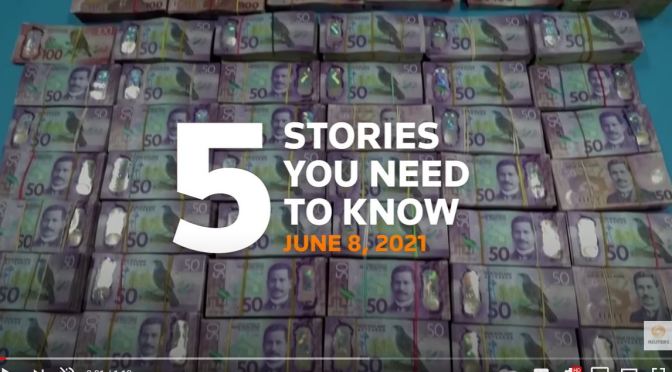 1. The Justice Department recovered some $2.3 million in cryptocurrency ransom paid by Colonial Pipeline, cracking down on hackers who launched the most disruptive U.S. cyberattack on record.

2. U.S. Vice President Kamala Harris said she had “robust” talks with Guatemalan President Alejandro Giammattei on the need to fight corruption to help deter undocumented immigration from Central America to the United States.

3. Authorities in California said they had arrested two people expected to be charged with murder over the death of 6-year-old Aiden Leos, whose shooting in a suspected road rage incident on the way to school had caused an outpouring of public grief.

4. A man accused of killing four members of a Canadian Muslim family by running them over in his pickup truck targeted them in an attack motivated by hate, police said.

5. Global law enforcement agencies hacked into an app used by criminals and read millions of encrypted messages, leading to hundreds of arrests of organized crime figures in 18 countries, officials said. 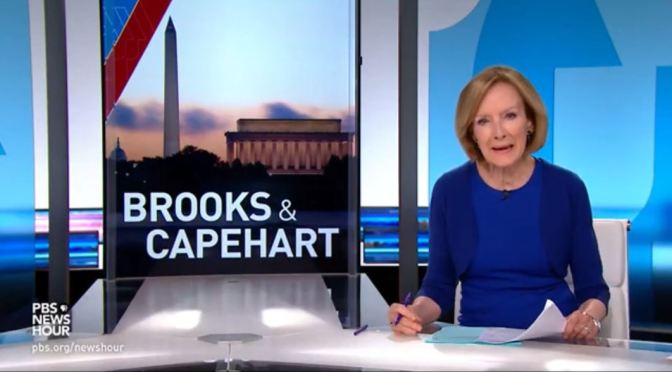 New York Times columnist David Brooks and Washington Post columnist Jonathan Capehart join Judy Woodruff to discuss the week in politics, including negotiations between President Biden and Republicans over infrastructure, Vice President Kamala Harris’s focus on the border and voting rights, and Republicans who are speaking out against former President Trump. 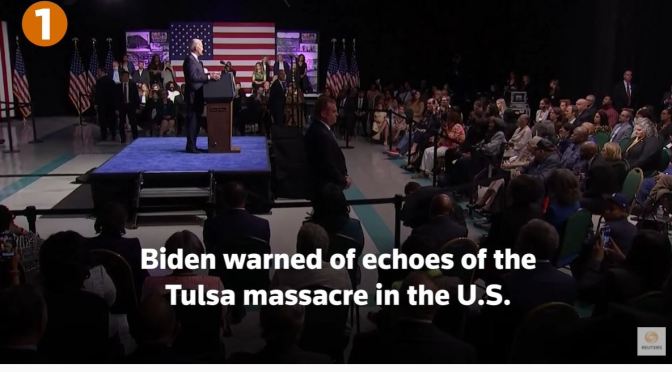 1. Joe Biden became the first sitting U.S. president to visit the site in Tulsa, Oklahoma, where hundreds of Black Americans were massacred by a white mob in 1921.

4. Florida became the latest and largest U.S. state to ban transgender girls and women from participating in female sports at schools.