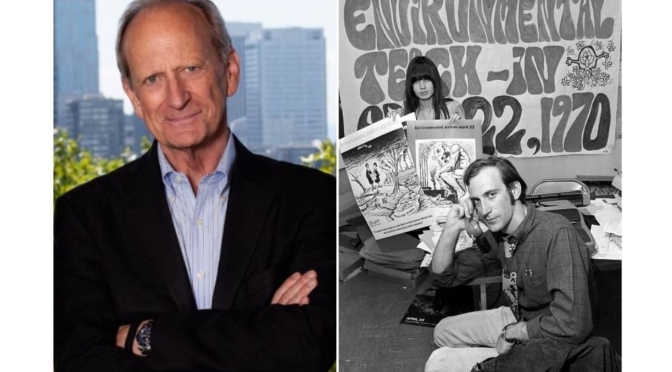 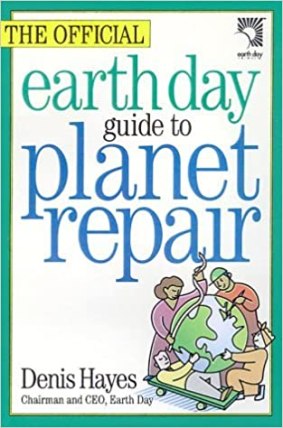 Well, in 1970, things were vastly more limited. We had three dominant television networks, and also public broadcasting. We had a handful of national newspapers and the wire services. News magazines were much more important than now. That was pretty much it.

Denis Hayes is the Mark Zuckerberg of the environmental movement, if you can imagine Mark Zuckerberg with a conscience and a lot less cash. Like Zuckerberg, Hayes dropped out of Harvard to start an eccentric and unpromising venture. Zuckerberg’s was called Facebook, which he launched in 2004; Hayes’ was called Earth Day, which he founded in 1970.

Hayes is a child of the Sixties. He grew up in a small town on the Columbia River in Washington state, where his father worked in a paper mill and Hayes saw firsthand the toxic consequences of the collision between industry and nature: dirty air, spoiled streams, dead fish. He drifted through college, bummed around in Asia and Africa, and thought deeply about the role of humans in the natural world. 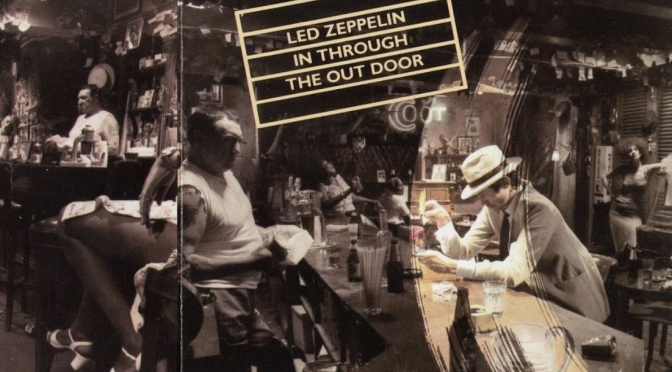 From a Rolling Stone online article:

The album was rumored to be originally titled Look, but the title was changed to In Through the Out Door as a nod to the band overcoming their struggles. (“That’s the hardest way to get back in,” Page said). Hipgnosis — the English design company co-owned by Aubrey Powell and Storm Thorgerson — designed six different album sleeves, each depicting sepia-toned scenes in a New Orleans–inspired bar. Copies were famously packaged in brown paper bags, concealing which cover was purchased. Even with this odd gimmick, the record sold an astounding 2 million copies in the first 10 days of its release. With record sales at a dangerous low, the album’s success helped revive an ailing industry.

Instead of embarking on a tour, the band decided to return to the stage with two outdoor shows at England’s Knebworth Festival on August 4th and 11th, 1979 — their first time playing on U.K. soil in four years. In the video above, they tear through “In the Evening” with Bonham taking the lead, pounding the drums during an intense strobe-light display. “So don’t you let her get under your skin,” Plant sings. “It’s only bad luck and trouble/From the day that you begin.”

To read more click on the following link: https://www.rollingstone.com/music/music-news/led-zeppelin-in-through-out-door-knebworth-1979-866992/

After a dramatic intro set to “The Star-Spangled Banner,” the band kicked off with “Street Fighting Man,” a song Keith Richards recently told Rolling Stone “can’t be topped” as a set opener. It’s clear why — Jagger came out firing, dancing in a yellow leather jacket, moving to each of Keith Richards’ powerful Telecaster riffs. He strode down to the B-stage during a wildly fun “Tumbling Dice.” His manic command reached a new level during “She’s So Cold” — a rarity that won the nightly fan online vote. As Richards wrung licks out of his Gibson hollow-body and Ronnie Wood played a twangy solo, Jagger danced furiously.

On Sunday night, Mick Jagger paused his band’s show at Massachusetts’ Gillette Stadium to take in the perfect New England summer evening. He said he hoped everyone had a great July 4th weekend — and added that the Fourth had always been a “touchy holiday for us Brits.” “In fact, the President made a very good point in his speech the other night,” Jagger deadpanned. “He said, ‘If only the British had held on to the airports, the whole thing might have gone differently for us.’”

It’s a great gift that the Rolling Stones are still on the road in the summer of 2019 — their 57th year as a band — let alone having as much fun as they are. Sunday’s show was the fifth date of their No Filter tour, which was postponed this spring so that Jagger could undergo heart surgery. (“Sorry for changing the date on you and screwing up your plans,” Mick told the crowd.) He seemed to have even more energy than on their last U.S. tour four years ago, whether he was prowling the catwalk howling a chilling “Gimme Shelter” or punching the air during “Jumpin’ Jack Flash.” 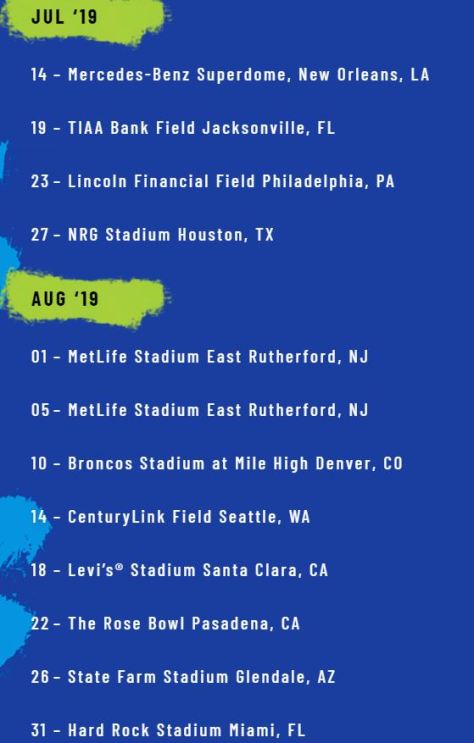