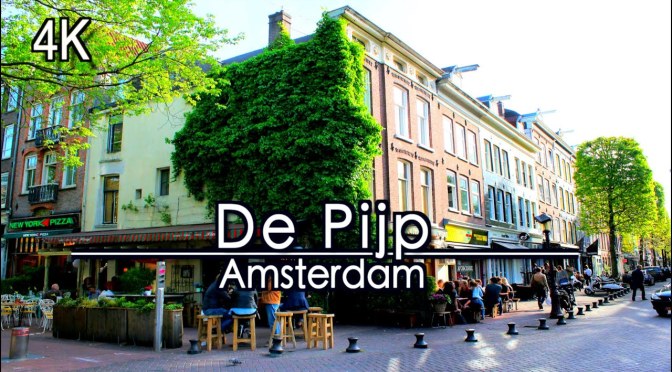 De Pijp (English: The Pipe) is a neighbourhood of Amsterdam, Netherlands. It is located directly south of Amsterdam’s city centre and it is part of the borough Amsterdam-Zuid, in a part of the city known as the Old South (Oud Zuid). It is served by De Pijp metro station.

Most streets in De Pijp are named after Dutch painters, like Jan Steen, Frans Hals, Ruysdael and Vincent van Gogh. Diamantbuurt, Nieuwe Pijp and Oude Pijp are the three districts composing the area. The busiest street market of the Netherlands, the Albert Cuyp Market, is located in De Pijp. It is open six days per week and attracts tourists.