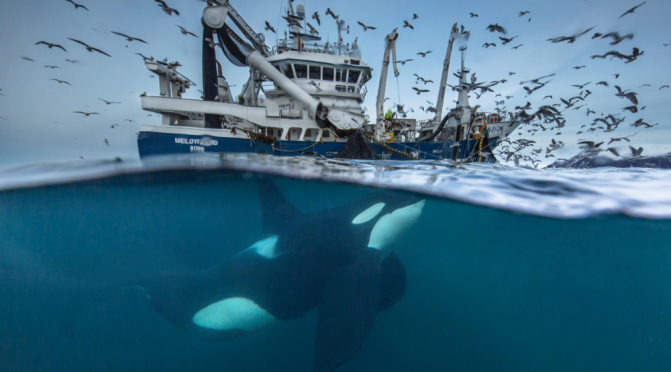 Didier Noirot is known as one of the world’s greatest underwater cameramen and has several prestigious awards for his natural history film camerawork. Over the past 40 years, Didier has been driven by his passion for marine life, but now he’s set himself a new challenge, to film what is perhaps the largest known gathering of marine mammals in the world; hundreds of killer whales in pursuit of shoals of herring. Today, these killer whales are faced with unexpected competition from humpback whales, who began appearing in this Arctic region only a few years ago, driven by a lack of food resources in the Atlantic Ocean, their natural habitat. In the midst of this changing ecosystem, we journey to the heart of the Norwegian fjords, where Didier Noirot’s aim is to take us as close as we can get to these giants of the Arctic so we can witness first-hand their new behaviour and hunting activity, which has never been captured on film before.