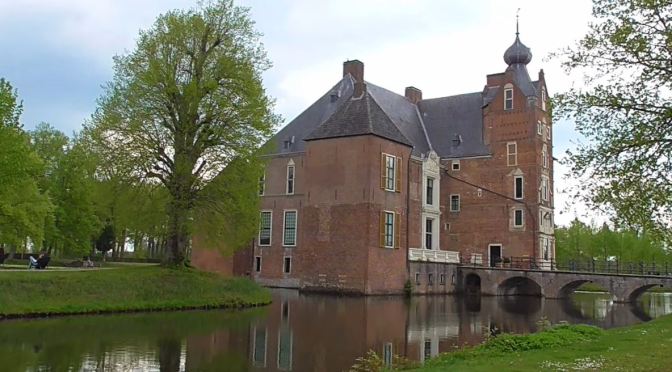 Cannenburg Castle or Cannenburch Castle is a watercastle in the Netherlands. It is situated in Vaassen, a town in the province of Gelderland.

The castle was built in the 16th century. Its shape has been preserved until today mainly unchanged. The building complex which contains many elements of the Renaissance architecture is completely surrounded by water. The floor plan is rectangular. There are almost square and covered towers at all four corners. The northeasterly one is equipped with an onion dome. On the front side facing south, another higher onion dome was built. This one significantly protrudes from the facade was. Directly above the entrance the coat of arms of Hendrik van Isendoorn and his wife Sophia Stommel are embedded in a sandstone sculpture. Above another sandstone sculpture shows Maarten van Rossum. The entrance used to be reached via a drawbridge over the moat. This was replaced by a permanent stone arch bridge.